With every side having now played at least one match in the U18 Premiership, there is a sense of awareness now as word of this great innovation spreads.

There are six U18 fixtures this weekend, with Gloucester and Worcester getting things kicked off first at Hartpury College tomorrow morning.

Gloucester claimed victory on the opening day of the league, a narrow 10-8 win over Northampton Saints in what was their only game of the season so far. With Billy Burns and Ross Moriarty coming in fresh form first team action, they will be confident of doubling their tally in the â€˜Wâ€™ column.

Worcester meanwhile have had a rather tough start to the campaign with a tough loss at Newcastle, despite a strong comeback, followed by a heavy defeat to Leicester at Sixways. Andrew Boyce of Kingâ€™s Worcester leads the side, with two of his schoolmates playing alongside him in a team dominated by the strength of AASE College, Worcester 6th form College.

Worcesterâ€™s two conquerors, Newcastle and Leicester, meet on Saturday too, at Durham University.Â  Newcastle have had a mixed campaign so far, with that win over Worcester followed by a 22-9 defeat at Sale. Ollie Hodgson of Gosforth Academy leads the side from six alongside five of his Gosforth teammates, while unbeaten Durham School lend three of their players to the cause, including Craig Willis at ten.

Leicester are yet to announce their squad but having defeat first Leeds and then Worcester, without conceding a single try, they are unlikely to change much. They have also scored 62 points in those two games and are looking like one of the top sides in the competition.

Harlequins may have something to say about that though, having beaten Bristol 50-12 last time out. A heavy defeat against Saracens in their first game though means that they still have plenty to prove against London Irish to show that that defeat was just first game cobwebs.

Led by Brighton College and England U18â€™s James Chisholm, they boast bags of talent including Wellingtonâ€™s McClean and Cranleighâ€™s Piper, and the effervescent Tom Whiteley of Millfield at full back, while Epsom and John Fisher are particularly well represented.

London Irish themselves will have something to prove too, having won 42-38 against Bristol on the opening weekend, before losing narrowly to Wasps next time around.

Their squad is dominated by talent form St Paulâ€™s Catholic College, with fifteen of the 23 hailing from school. Tom McDonald leads the side from the back row where he will be supported by Etonâ€™s James McRae and Buchan Richardson of Wellington College, who supply four of the squad.

Saturdayâ€™s action is rounded off by Saracensâ€™ trip to Leeds. Leeds have been working closely with Prince Henryâ€™s Grammar School whose players make up almost the entire squad. It has been an unfortunate start for Leeds though whom Leicester heavily defeated before the weather forced their game with Gloucester to be postponed.

Saracens too had their previous game, against Exeter, scuppered by the elements but can fall back on that impressive 56-7 win over Harlequins if any thoughts of rustiness enter their heads.

With a number of Oaklands College players to call on, including Nick Tompkins in the centre, they are certainly an impressive outfit and the addition of Uppinghamâ€™s Joss Linney on the wing could be exciting.

Sunday sees an exciting local derby as Exeter head to Bristol for one of the most hotly anticipated games of the season. Bristol are yet to register a win, despite boasting some real talent throughout the side, in particular Filton Collegeâ€™s Lucas Slowik. With Colstonâ€™s and Hartpury also featuring well in the side, it is certainly a team rich in rugby culture.

Exeter meanwhile had a stunning win away at Bath before their fixture against Saracens succumbed to the weather. Like Bristol they have AASE talent throughout their side and in Sam Denham they have a potent finisher.

The final game of the weekend sees Northampton travel to Sale, a path Jim Mallinder knows well. Saints are looking for their first win having lost their opening encounter to Gloucester. Sale meanwhile should be full of confidence having won their only game so far, but for both this will be a real chance to gauge where they are.

Please get in touch with us if you know the schools of any of the players whose school we have not listed. 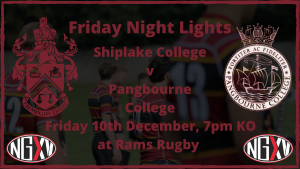 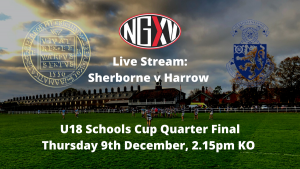 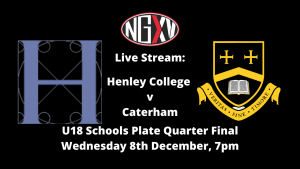 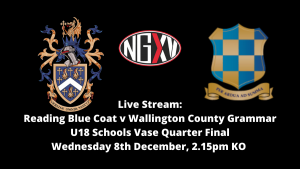