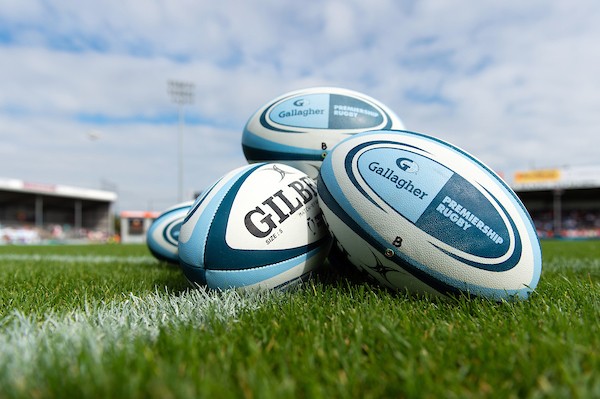 Part 2 of our Gallagher Premiership Senior Academy Intake takes a look at the next 3 clubs on the list, Gloucester, Harlequins, and Leicester Tigers.

We are looking exclusively at school leavers progressing to the professional ranks, so examples such as 20-year-old form Oakham and Leicester Tigers second row Cameron Jordan moving to Gloucester are not included in this series.

Yesterday we covered Bath Rugby, Bristol Bears, and Exeter Chiefs in Part 1 and you can see that here:

Today it is the turn of three clubs that have all had their headlines, for one reason or another, throughout the lockdown period as we move to Pat 2; Gloucester Rugby, Harlequins, and Leicester Tigers.

Taylor has been a star in the back row for Clifton College and co-captained the Gloucester U18 side this year, as well as being a part of the England U18 setup. Taylor is, as all good back rowers as, committed in the extreme, be that on or off the field and has huge potential for a highly exciting future at Gloucester. One of the key players in a Clifton College side that has also seen three players join up with the Bristol Bears senior academy this summer.

The Hartpury College/Gloucester Rugby production line continues to work superbly as Arthur Clark becomes the latest to link up with the Senior Academy. The young second row will also continue at Hartpury College alongside his time in the Academy so look out for him in BUCS Super Rugby. Clark’s performances for Hartpury on their way to the AASE title earned him a call up to the England U18 squad and the big second row has a great blend of skills, making him very much the modern day tight forward.

Dean Close’s closer link up with Gloucester Rugby has been paying off in abundance for the school on the field and for Gloucester in signing the likes of Archie Benson, Josh Gray, George Barton, and Tom Seabrook recently. It looks to pay off even further this summer, not least with the signing of the hustling bustling scrum half, Matty Jones, co-captain at Dean Close. In a seriously competitive position Jones earned a call up to the England U18 side this year and has the added bonus of having experience across the back line. Gloucester have a lot of young scrum halves but expect Jones to be snapping at their heels in double time.

Another product of Dean Close School, Thomas has co-captain of Dean Close last year alongside Matty Jones, above. Thomas is a forward of huge versatility capable of playing across the second and back rows and he has done so for Dean Close, Gloucester U18, and England U18. As well as being a robust defender, the big forward is a subtle attacker too and a real menace for defences with his ability to beat a man and put the ball in space – an ideal forward to receive the ball in a decision making position.

Hillman-Cooper is a real star in the making, it seems. The Cheltenham College skipper also co-captained the Gloucester U18 side and has represented England U18, too. That England U18 achievement is particularly impressive given the depth of quality there in his position with Will Joseph and Oscar Beard among those in competition. He has leadership potential in bags, defensive nous, and an ability to get on the outside of his opposite man in attack that is the stuff of nightmares for any defence

Like Hillman-Cooper, Seb Blake is a Cheltenham College leaver who was a key cog in their strong performances over the last couple of years. The young hooker is a resilient character and a player that, like the best modern day hookers, like to get his head up and actually beat defenders. With Peter Walton helping to guide him, he could scarcely have a better man to help ensure those skills are kept at the very core of his game.

Will Trenholm (Cranleigh, back row)

Trenholm’s final year at Cranleigh was blighted by injury but that did not stop Harlequins from snapping up the powerful and dynamic back rower. Trenholm helped steer Cranleigh to the Daily Mail Trophy title and as represented England at U18 level in one of the most competitive areas of the field. Adept on the 7s field too, Trenholm is a highly exciting young back row player and Harlequins will surely be eager to integrate him with the likes of James Chisholm and Jack Clifford as quickly as possible, while chewing the ear off Chris Robshaw before the former England captain leaves would certainly do no harm either!

Beard was one of the most feared attacking talents on the school circuit last year as, like Trenholm, he helped to steer Cranleigh to the Daily Mail Trophy title in December. He has pace to burn and an uncanny ability to be able to put himself into space. His performances earned him England U18 call ups, and with Will Joseph and Louis Hillman-Cooper also competing for that 13 shirt that was no mean feat at all. A real gem of a player and one for Harlequins fans to get excited about, without doubt.

Fin Baxter has been a star on the school circuit for years, he helped Wellington College to an U15 Schools Cup title, then moved into the 1st XV where he helped them to back to back Champions Trophy titles and a St Joseph’s Festival title, skippering the side in his last year en route to that St Joseph’s title and the second Champions Trophy. Props are not often ‘stars’ but the unassuming Baxter definitely is with his blend of physicality and outstanding skill. His qualities saw him picked by England U18, and his leadership value was seen there, too, with the captaincy being handed to him on last summer’s tour of South Africa. Kyle Sinckler might have gone but, you sense, in the long run Quins might just be ok.

If one thing is for certain it’s that good advice is never going to be too far away from Jack Rowntree. His father, Graham is the former Leicester Tigers, England, and British and Irish Lions prop who now coaches Munster having had previous stints with England, the Lions, and Harlequins, among others. But Rowntree is far more than just his father’s son, he is a seriously good prop who has had England U18 call ups and has been a key player in Leicester Tigers’ recent U18 Academy League successes. Tigers’ upper echelons have been talking about their excitement at some of their young forwards coming through, and Rowntree is very much one of those causing excitement.

Vanes has been outstanding in this last year of school rugby particularly, skippering Brooksby Melton College in the AASE League, and then also Leicester’s U18 side in the Academy League as well as earning an England U18 call up. 2019/20 was a ridiculously strong year for hookers but Vanes really stood out. The converted back rower is a powerful carrier and is one that Tigers will be really looking forward to following the development of in the coming years.

Smith reminders us a bit of Richard Hill in that he is rarely the man everyone is talking about and then when his name is mentioned immediately the phrase that follows is along the lines of “oh, he’s utterly outstanding” – and we mean that in a complimentary fashion. Smith has been outstanding for Oakham and a key player in Tigers’ U18 Academy League success, and those performances have deservedly seen him included in the England U18 set up too. Not dissimilar to the Curry twins as schoolboys, Smith is adept right across the back row and can marry powerful carrying and defence with plenty of the subtle arts, too.

Our hunch is that Ilione is the next big star on the ranks at Leicester Tigers. The Rugby School leaver has been outstanding as a schoolboy, a key player is a Rugby School side that emerged as one of the best around in the last couple of years. It was a huge shame that injury denied him the chance to run out for them in the Champions Trophy final. He has been outstanding for Leicester Tigers’ U18s too, and in South Africa last year he took over the captaincy for one of the games, demonstrating not just his quality but his leadership potential, too. Capable of playing in the second row but more comfortable with the greater freedom of the back row, Ilione is one to keep a seriously close eye on.

Edwards’ performances for Brooksby Melton College and Leicester Tigers U18 in the last couple of years earned him England U18 recognition as well as this professional deal at Leicester Tigers. He is in a competitive position, young scrum halves are in vogue at Tigers with the likes of Ben White and Jack van Poortvliet for company, yet you get the sense that Edwards will thrive on that competitiveness, while the chance to learn from senior man Ben Youngs and George Ford outside of him will surely prove utterly invaluable as he progresses up the ranks.

Fly half is the position in the 2020/21 Gallagher Premiership Senior Academy intake. Half the league have one signing senior terms and the potential is sky high. Leicester Tigers have one of their own in Oakham leaver Harry Glynn, who helped steer them to the 2019 U18 Academy League title, keeping school and clubmate at the time, Sam Costelow, at inside centre – the same Costelow that played at fly half as an U18 for Wales U20. So Glynn has bags of promise and in George Ford one of the most talented fly halves in world rugby to learn from.

Stay tuned tomorrow for Part 3 of our Gallagher Premiership Senior Academy Intake series, where London Irish, Newcastle Falcons, and Wasps will be the focus.

In the meantime do check out Part 1, which featured Bath Rugby, Bristol Bears, and Exeter Chiefs.