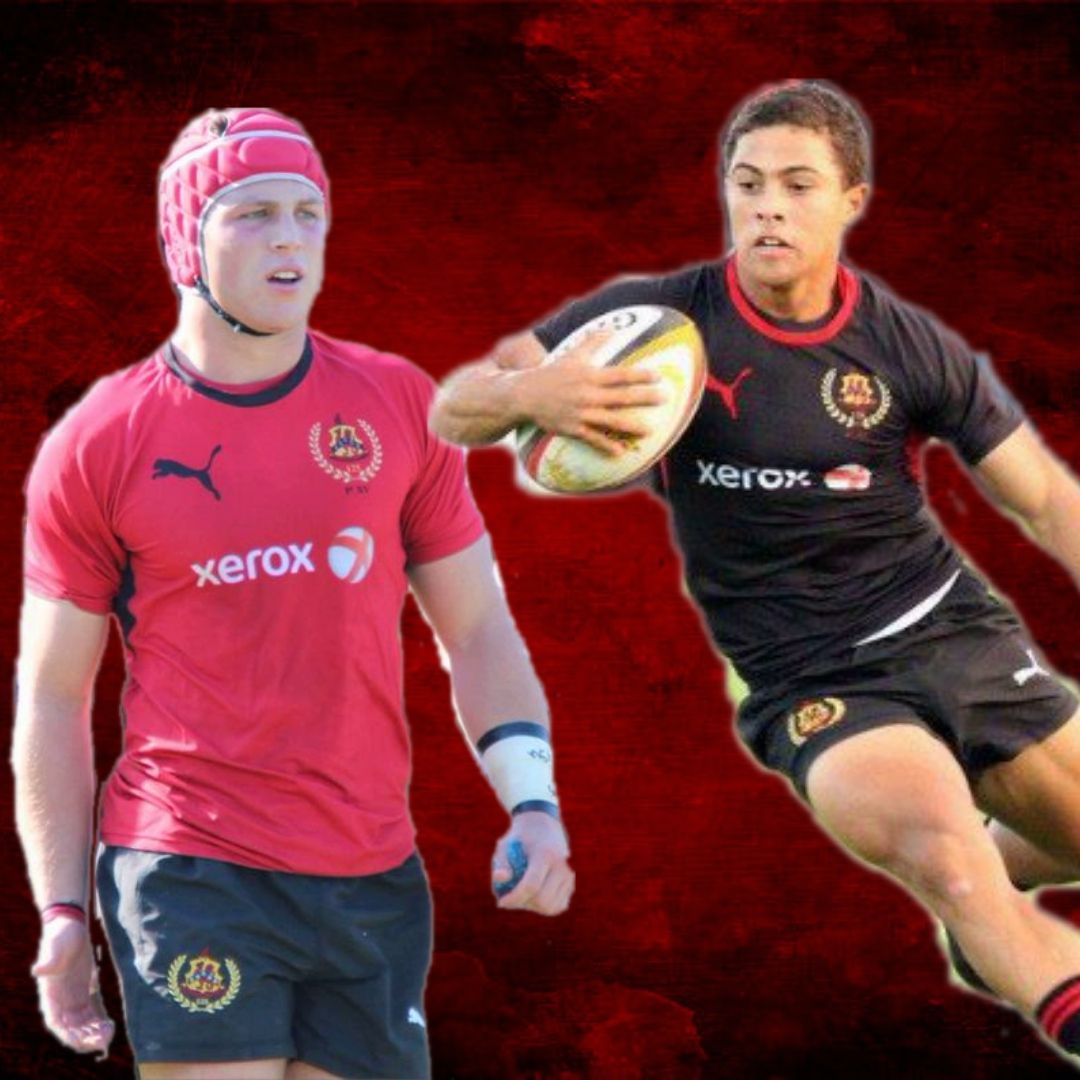 How long have you guys been playing together?

Obviously the season being cancelled was a big disappointment, what were the goals of the team for this year?

Our goal as a team was to be the fittest team. And also we wanted to be work horses because we knew we weren’t going to be the biggest

What were your personal goals?

JR: My personal goal this year was to make craven week and we were playing a lot of big schools and my goal was to make my mark on the big scene

MP: To be the fittest player in the tight 5, play the best rugby I could and represent Eastern Province

JR: Playing smarties and peppermints T grey jnr and what that basically is in grade 1 and two because no other school has rugby at those age groups they made us play against each other and separated us in coloureds

MP: Playing in a rugby festival at U7 level in East London

Who has been the biggest influence on your rugby career so far?

JR: My mom has always supported me in everything i do since i was really young and when I fell in love with rugby she stood by my side no matter how hard things got for us

MP: I would have to say my parents, they have been there with me through everything

What will be the best memory for you when you look back on your school career?

JR: After losing to everyone in grade 8 getting smashed every single game and just when morale hit rock bottom for the team we played dale at home and we beat them and that was the best memory for me.

Any young players from Kingswood we should be keeping an eye out for?

JR: There are 3 players that will be in matric next year that are top class Tino Flusk the scrum half, Matthew Bedford playing at flank and 8th man as well as Dwayne Pharo who everyone knows about runs a 10.3 in 100m fastest Schoolboy rugby player in SA but can also play provincial sport in any sport he plays so yea there’s a lot of talent coming up the ranks

MP: Definitely Dwayne Pharo and Liyema Adam. I think both players have a high work rate and have bright futures ahead of them.

Are there plans to continue with rugby after school?

JR: Yes definitely I want to play rugby professionally one day and that’s always been a dream of mine and yea its a pity that this year turned out the way it did because all the hard work was there and all that was needed was showing that

MP: Yes, there are options on the table but I definitely want to make a career out of rugby

My last ever meal would be:

If I could meet one person it would be:

If I was not pursuing a career in rugby I would:

MP: Be a rugby coach

A position I would never want to play: