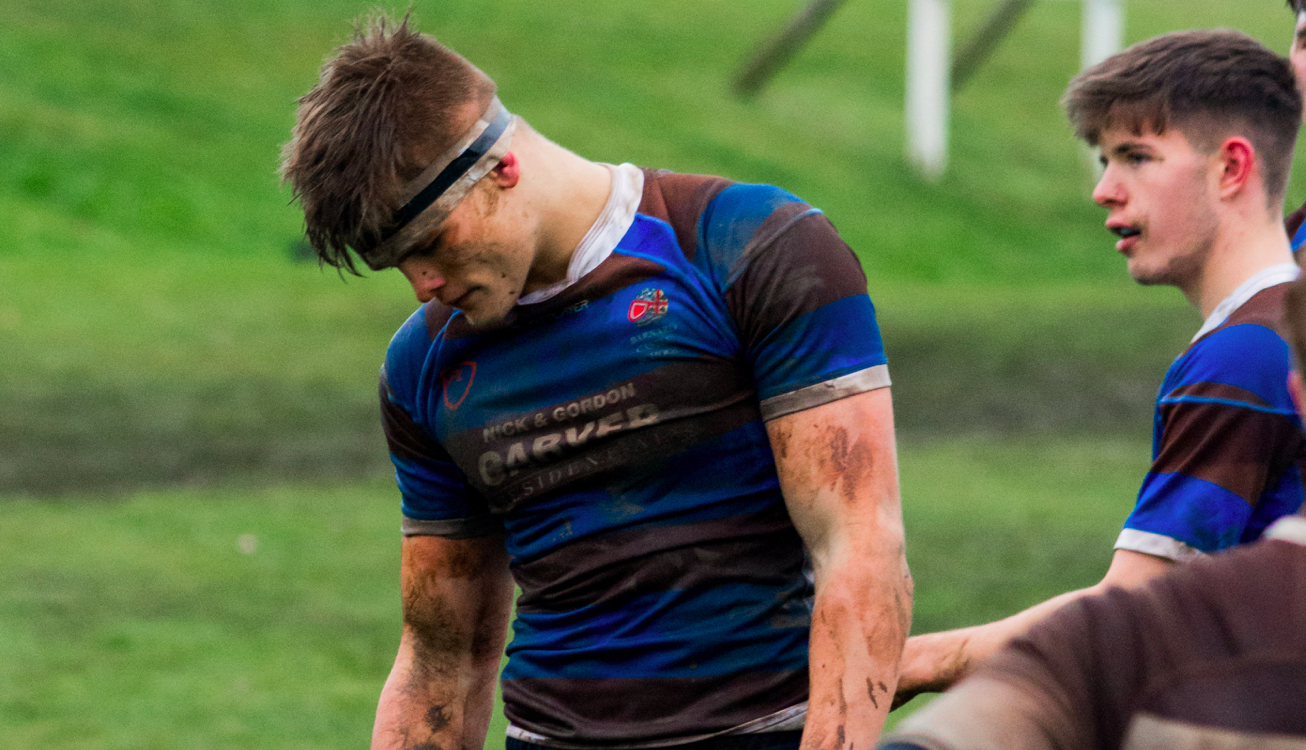 What are your earliest rugby memories?

My Dad throwing my brother, Max, and I around in the garden with a tackle bag to release some energy!

With rugby coming to a halt because of lockdown, how have you kept fit?

The Newcastle Falcons have provided us all with training programmes and School has set us some running drills throughout lockdown that have been useful. I’ve also built my own sessions from what has been provided, where I’ve focused on the areas in my game that I want to improve on.

You compete at a high level for school and club, which comes with its pressures, how do you handle it at such a young age?

My way of thinking is that I’ve got to enjoy every game I play or there’s no point in playing the sport. I try my own things to get myself in this mind-set where I am relaxed. Listening to music in the changing room with the boys is another way to stay calm.

Tell us about your rugby career so far?

I started at Barnard Castle Rugby Club from a young age before moving to Mowden Park at 5 years old. I was forced to stop playing rugby for a year, after I was diagnosed with arthritis. After just over a year out of the game, I continued to play for Barnard Castle Rugby Club from the age of seven all the way through to Under 14s. I was fortunate enough to be picked up by the Falcons at the end of Year 9, and have continued to represent its Academy up to U18 level. I’ve also played for County Durham U17s and was involved in the North vs South trials in the 2019/2020 season. School rugby has been a big part of my career too, as I’ve played in every year group for Barney, including the First XV last season.

Who has had the biggest influence on your rugby career?

What are your goals for the season ahead?

Everything is so uncertain at the minute with what’s going on the world, so I just want to play as much rugby as I can. I hope I can represent Falcons at U18 level in the league again too.

I watch quite a bit of Schools rugby in South Africa on YouTube – just because of the atmosphere over there. I also catch some New Zealand Schools rugby clips, which is similar. While on tour last summer with school, we played against sides from South Africa, which were very physical games as they wear it all on their sleeve.

What are your plans for after school; will you be pursuing a career in rugby?

To go to university where I hope to continue playing rugby. Travelling to New Zealand to play there could also be an option, but I am definitely aiming to go as high as I can in the sport.

What is your favourite rugby memory so far?

Winning the North of England Rugby 7s with Barney earlier this year, especially as we beat some of our main rivals along the way.

Who are the Barney players to watch this season?

Jake Metcalfe, Harry Rickard, Will Gibbons and Michael Graham are just some of the boys that I’d keep an eye out for this season. We are determined to build on last season’s success – whenever it is we are able to compete again – and Barney has a good group of players with some real talents joining us from U16 level last year.

Last ever meal: Fish and Chips

Favourite music: A bit of everything

If you weren’t pursuing a rugby career, what would you do: Something within sport, probably coaching or, failing that, a businessman!