Winelands: Schools Team of the Decade 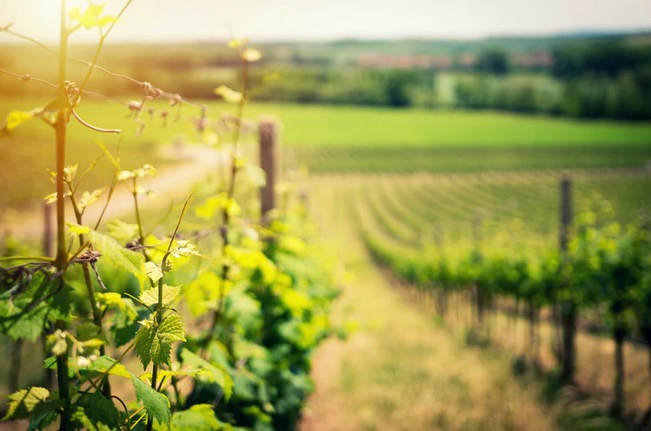 In an era where Paarl Boys dominated all and talent was in abundance, Gianni Lombard truly stood out as a giant amongst men in terms of his playing talent. The youngster had it all, his tactical kicking was a sight to behold, his running lines exceptional and with a dead eye accuracy at goal he was the complete package. SA Schools selection followed along with a double for the Baby Boks scoring 31 points in 10 appearances. He is currently at the Lions and aged still only 22 there is plenty to come from him in the future.

In a region that is blessed with backline talent one would think the choice would be a tough one, not so when you have the likes of Stravino Jacobs around. Fast? Yes very! Power? Yes, in abundance! But these are qualities that are possessed by many wings, what set Stravino apart was his rugby IQ. Only those who truly sit and watch and analayze the off the ball play will be able to fully appreciate what a player like Stravino can do. It is no coincidence that he was one of the leading try scorers in the country, right place and right time may be an overused term but funny how often Stravino was in the “right” place. While most wings have an obsession with finishing Stravino was unselfish and was responsible for as many try assists as tries, his contribution to a team can never be doubted.

Another member of the Paarl Boys invincible of 2016, Rass was one of the star players in South Africa during his last season where his exploits earned him rave reviews and selection to the SA Schools team in both 2015 and 2016. He moved to the Lions where he currently plies his trade and it wont be long before he finally breaks out, such is his talent.

Perhaps a bit of a sneaky one here on our part as Willemse was primarily a flyhalf but we just had to find a space for him in this team. He was known to have played as a centre to make way for Curwin Bosch as flyhalf during the 2015 season as well as for the Baby Boks. One of the most entertaining players in the history of school rugby Willemse was a joy to watch. The Paul Roos prodigy did the “Double-Double” having played SA Schools and for the Baby Boks two years running. He has since gone on to represent the Springboks on 6 occasions and has a World Cup winners medal to boot, not bad for a boy who left school only a few years ago.

Muller du Plessis was destined to become a star of the game, having a father who is a fantastic trainer and an older brother who is no slouch himself Muller’s work rate got him to where he is and it wont be long one feels before he goes all the way to the top. 4 tries in 6 appearances for SA Schools showed off his try scoring exploits and immediately after leaving school he was drafted into the Blitzbokke team where he has been a key player despite only recently turning 21.

It is hard to imagine that Pollard is only 26 years of age, with all his achievements one could be forgiven for thinking he may be a bit older. Anyone who saw him play for Paarl Gim would have bet the house on him becoming a Springbok, fewer bets are as safe with Pollard making his debut aged only 20 and has gone on to score 457 points in 48 appearances.

There are few players who play with as much passion and generate as much enthusiasm as young Bobby Alexander. His mere presence on the field lifts his team up and his love for the game is evident in every movement, it is simply put infectious. A SA Schools player Bobby recently signed with Western Province and has been a part of the Maties young guns outfit but mark our words, it will not be long before the world knows his name.

Bothma was a once in a generation loose-forward, many pundits believe him to be the best 8th man in South African school rugby history and it would be hard to argue that fact. A bulldozing and powerful runner Bothma’s try scoring exploits were the stuff of legend being one of the top try scorers in the country, for a loose forward a rare feat. He was a much hyped player but has fallen off the radar, had he developed as we had anticipated we would have the heir apparent to the Duane Vermeulen throne and he would have no doubt worn the green and gold by now.

Evan Roos holds a very special place in our hearts, one of our first ever “Young Guns” that we selected at the start of our time as YouTubers to see the development that has taken place in his career has been startling to say the least. An Under 21 players of the year as an Under 19 at the Sharks just shows the amount of talent he possesses, to us it is not a question of if but rather than when he will go on to become a Springbok.

An absolute stalwart for Paarl Gim van Ryhn was a tear away flank whose carrying ability, speed and strength saw him being one of the most sought after prospects in his final year. He did the double with SA Under 20 making 9 appearances for the Baby Boks and is currently a Western Province and Stormers contracted player.

Another member of the unbeaten 2013 Paarl Gim team. A tower of strength in the line out his exploits at school level resulted in 2 years of SA Schools selection followed by representing SA Under 20. At 21 years of age he made his Stormers debut and has gone on to make 32 appearances and is likely to be a Bok contender in the next year or two.

The first name on anyone’s SA Schools team of the decade, Moerat will without doubt go on to wear the green and gold, such is his ability you would be hard pressed to find a punter who would disagree. Already at under 13 level where he was one of the biggest players in the tournament one could see this was a player who would not rely on size alone but playing with a high rugby IQ as well as with passion and ferocity the likes which few have seen. Currently plying his trade with the Stormers one feels that 2020 could have truly been a break out year for Moerat and we have no doubt he will deliver come 2021.

“The Tank” was a bulldozing powerhouse at school level and not much has changed since he left school. He remains one of the largest and strongest front row forwards in the nation and has gone on to represent the Springboks on 12 occasions.

The Paul Roos front row in 2018 was deadly, and JJ Kotze along with partner in crime Hanro Jacobs were at the forefront of a pack of forwards who scrummed every opponent they faced into submission. SA Schools selection followed and Kotze was to be a part of the 2020 Junior Boks squad but had it not been for the lockdown. No doubt he would of made the world take notice, a move to another Union is rumoured to be in the works but come what may we have no doubt JJ will go on to become a key player for whichever team is lucky enough to have him.

We don’t need to write much about Kitshoff, unless you have been living under a rock you will know this is one of the most potent front row forwards in rugby right now. He made his debut for Western Province as a 19 year old and has not looked back, we foresee many more years in a Springbok jersey for this powerhouse front ranker.

Cape Town: Schools Team of the Decade
MVP: Round 1 Draw
Skip to toolbar