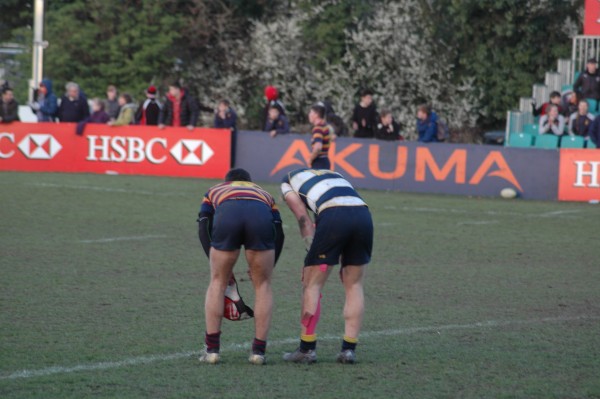 With school rugby in England still a while away due to the coronavirus pandemic, it is only natural to look back and reflect on what was. Therefore we will be turning our heads to the decade that was over the next few weeks and looking at the best school 1st XVs of the last decade.

To keep things neat and tidy we’ll be working from the 2009/10 season to the 2018/19 season, meaning that any rankings that might appear in articles will not include too many current school rugby players, but also that the majority of titles will be in that ‘official’ part of the last decade – an obvious anomaly being the 2009 St Joseph’s Festival, while the 2019 St Joseph’s Festival, Champions Trophy and Daily Mail Trophy all come under the 2019/20 season.

We will be looking at 20 teams and to be clear for this series it is not about who excelled the most in any one year, but performance over the whole decade. There will be ten articles, covering two teams each, and at the end we will be asking you to pick your School Team of the Decade 2010-2019.

Today we look at the first two teams on our shortlist, Bedford and Brighton College.

Bedford started the decade off brilliantly, leading the Daily Mail Trophy had it existed prior to the 2013/14 season. Over the course of the decade they produced some spectacular players, the likes of Ollie Lyons, Paddy McDuel, Fraser Strachan, and England’s George Furbank and Fraser Dingwall among them.

That talent really began to come to the fore on the field in the mid part of the decade when they won the Rosslyn Park Festival in 2014, at that point still a hugely prestigious title before it became the Vase intended for emerging schools in 2016. They followed that up with a fantastic Champions Trophy title in 2015 and almost backed it up in 2016 only to fall to a Ben Earl inspired Tonbridge in the final.

The final couple of years of the decade hurt Bedford a little, but in that middle phase of the decade they were a true force to be reckoned with, a side that seemed to play ahead of their time with loose forwards used out wide. You could always count on a rock solid defence, a real tactical nous, and some superb attacking talent as they became one of the must see teams in the country.

It seems almost ridiculous that Brighton College have only one of the ‘major’ school honours through the decade because they were in the hunt just about every year. It is fitting, though, that the honour came at the St Joseph’s Festival, a tournament that year on year they have been among the main contenders. They actual drew the final in 2016 against Cranleigh, only to lose it because Cranleigh scored the first try.

Indeed in that mid-late part of the decade that rivalry with Cranleigh was perhaps the most intense in schools rugby, particularly in 2016/17 when they not only faced each other in the St Joseph’s Festival final, but also in the Rosslyn Park HSBC National School 7s final. Brighton might have lost both but their performances over that season were epic and they could have gone either way. Their performance the following October to then claim the St Joseph’s Festival was epic, a masterclass in skill, ambition, and determination.

Through the decade they have had some truly outstanding players, Marcus Smith of course stands out having since gone on to become the second youngest player in Premiership history to reach 500 points, Jonny Wilkinson is the only man to get there faster. There have been plenty of others, too, among them Callum Waters, Todd Gleave, and the outstanding James Chisholm, who was named World Rugby Junior Player of the Year in 2015, an award won in previous years by the likes of Handre Pollard, Julian Savea, George Ford, and Aaron Cruden, among others.

Two fantastic teams over the course of the decade, Bedford coming away with more silverware, Brighton College perhaps maintaining their excellence over slightly more of the decade. Later in the week we will look at the next two teams on the shortlist as we build towards your vote on the School Team of the Decade 2010-2019.