School Team of the Decade (Part 10) 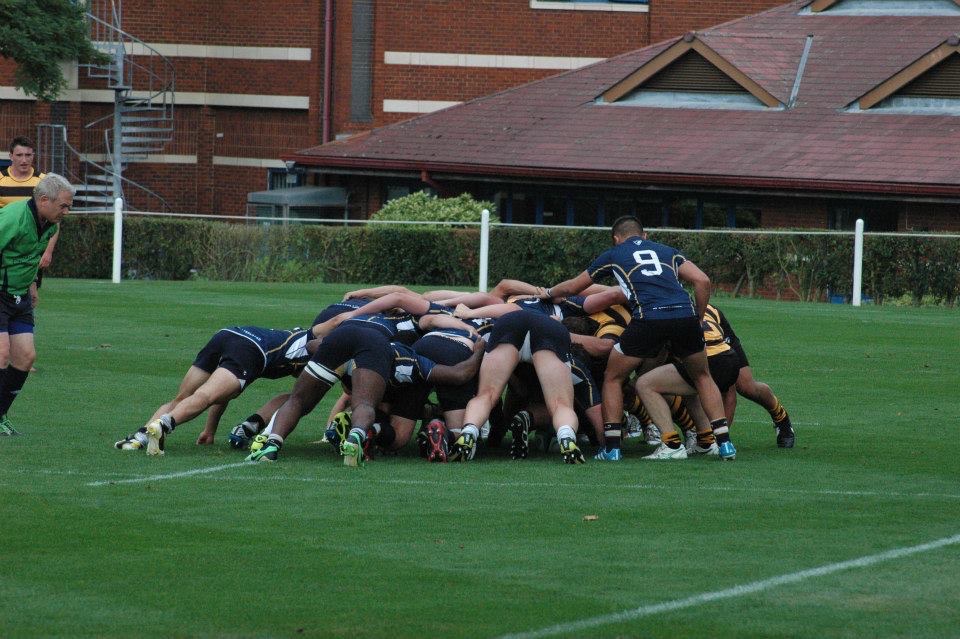 After announcing 18 teams on our shortlist for our School Team of the Decade, today we look at the final two teams on the list and acknowledge a few sides that could easily have made it onto the list and certainly contributed heavily to the debate here at NextGenXV.

Joining Bedford, Brighton College, Bromsgrove, Cranleigh, Dulwich College, Epsom College, Hampton, John Fisher, Kirkham Grammar, Millfield, QEGS Wakefield, RGS High Wycombe, RGS Newcastle, Sedbergh, St Joseph’s College, Tonbridge, Warwick, and Wellington College on the shortlist (and you can read about why those other schools make the list via the links below) are two schools that have excelled through the decade, Whitgift and Woodhouse Grove.

School Team of the Decade Part 1

School Team of the Decade Part 2

School Team of the Decade Part 3

School Team of the Decade Part 4

School Team of the Decade Part 5

School Team of the Decade Part 6

School Team of the Decade Part 7

School Team of the Decade Part 8

School Team of the Decade Part 9

The period covered is the 2009/10 season to the 2018/19 season, meaning that September-December 2009 is included but the same period in 2019 is not. Now that the shortlist is complete, we will later this week be announcing details on how you can vote for your School Team of the Decade!

Whitgift topped and tailed the decade in style with Schools Cup triumphs at either end. Indeed they kicked the whole decade off with back to back U18 Schools Cup titles in 2010 and 2011 with two of the most storied teams in Schools Cup history. The 2009/10 side only lost once, to great rivals John Fisher, and only then by just two points away from home, it was a similar story the next year, with only three defeats, one of which was to AASE giants Hartpury College.

In 2011/12 the Cup run came to an end against Dulwich College, who were just starting a dynasty in that competition of their own, but it was another outstanding Whitgift side, who only lost three times through the whole of the rest of the season and went on to reach the final at the Rosslyn Park 7s.In 2012/13 they had a another good Cup run and only lost against some of the very best sides in the country, including that Dulwich dynasty and a Wellington College side on the verge of its own. The following year was a tougher one for the Croydon side, and yet they still won the Plate at the Surrey 7s and reached the Plate semis at the Rosslyn Park 7s. What that year highlighted though was that Whitgift’s fixture list was one of the toughest on the calendar, a point demonstrated by the calibre of sides that would defeat them in the next few years.

Over the next three years they never lost more than four times in a regular season, and the standard of the sides that beat them was immense, Sedbergh three times, Wellington College twice, Millfield twice, Cranleigh Twice, Warwick once, and then again in the Cup, as well as Bromsgrove and Felsted in the Cup. Against Warwick and Bromsgrove those were Cup semi finals against the eventual champions, and in 2018/19 Whitgift put that experience to good use as they stormed to a third U18 Schools Cup triumph of the decade in a season that was only Sedbergh and Wellington College get the better of them, it was an exceptional year from an exceptional group.

The future looks bright, too, in 2020 they reached the final for the second year in a row, only for it to be called off due to the coronavirus. Along the way some outstanding players have passed through Whitgift over the decade, including Elliot Daly, Matt Gallagher, Marland Yarde, George Merrick, Joe Vajner, Harry Williams, George Hammond, Stan South, Ed Dunford, and Henry Cheeseman, to name just a few. It has been an outstanding ten years from the men in blue.

Woodhouse Grove had a decade to remember as this Yorkshire school spent a huge amount of time fighting it out right among the big boys. They picked up the Daily Mail Trophy in 2013, its first official year, as well of a host of other titles, and very nearly a couple of other major honours too.

A couple of tougher years kicked the decade off, but in 2011/12 they lost only to Lymm High School and in the Cup to Wilmslow High School, that was the season that really kicked things off. The following year they reached the Rosslyn Park 7s final, where in a near blizzard they just missed out on the title to Sedbergh, 7-0. In 2013/14 they were really motoring, going unbeaten in the regular season to win the Daily Mail Trophy, on Merchant Taylors’ defeating them in the Cup, then in the 7s season they lifted the prestigious North of England 7s title, and got their own back on Sedbergh at Rosslyn Park, beating them to win the Plate title.

The following year they had another good run in the Rosslyn Park 7s Plate, reaching the semi finals, and then in 2015/16 they had another stellar fifteen-a-side season, with only QEGS Wakefield, Bradford Grammar, and Kirkham Grammar defeat them on their way to 6th in the table. The following year saw similar results and a stellar 7s season where they reached the North of England 7s final, and then beat Wellington College to win the Plate at Rosslyn Park.  2017/18 saw further silverware as they won the Schools Plate at Sixways Stadium, and in 2018/19 they rounded off the decade with a superb season, reaching the Schools Cup semi finals, and only losing there and to Sedbergh and Mount St Mary’s through the season.

Some fantastic players have come through their ranks, too, the likes of Max Green, Joe Green, Elliel Kildunne, James Whitcombe, and Joe Carpenter, all representing what a fantastic ten years it was for the men in Green.

We could not go through this list without mentioning some of the other fantastic schools through the decade, among them Cheltenham College, who not only produced the likes of Ollie Thorley, Jack Clement, and Louis Hillman-Cooper, but also enjoyed an unbeaten season in 2017/18 and reached a Rosslyn Park Vase Final.

Harrow also had tremendous performances at Rosslyn Park, reaching the final in 2016 and the semi finals in 2018, as well as a semi final and a final at the Surrey 7s, sadly for them Cranleigh seemed always to be stood in their way when on the cusp of silverware. Their player production has been astonishing, too, from Maro Itoje to Manu Vunipola, via the likes of the Glover clan, the Obatoyinbos, Andy Christie, and many many more.

The production line at Felsted has been epic, too, the likes of Max Malins and Rory Hutchinson among the many exciting talents to pass through their ranks. Through the decade they have reached the Vase final and the Schools Cup and Rosslyn Park, and in 2017/18 almost completed an unbeaten season but for a defeat to Whitgift in the Cup. Unbeaten runs are something that Stamford knew plenty about during the 2010s, including perhaps one of the most staggering runs of all as they went through a stunning five year period without a defeat at home, a record that is as good as any, anywhere, throughout the decade.