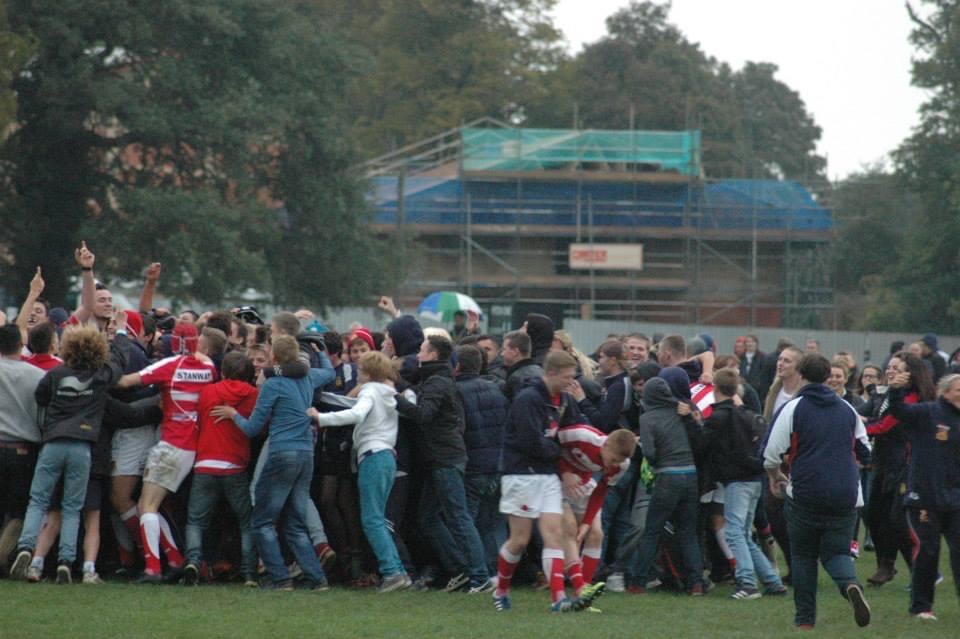 The 2020 St Joseph’s Festival has been cancelled, having originally been postponed to February 2021.

With England currently in lockdown and rugby still some way away from anything resembling returning, St Joseph’s College have taken the decision to cancel the tournament and instead turn their focus to the 2021 tournament in October, by which point hopefully, surely, things may be back to something resembling normal.

The tournament is a great loss to the 2020/21 season, though. Hopes were that showcase tournaments such as St Joseph’s, the Rosslyn Park HSBC National School 7s, and the Sedbergh 10s would be able to show the best of schools rugby through the next school term. In the positive column though, the 7s and 10s are still in the calendar, coming at the end of March the hopes are much more positive for those two tournaments.

The real shame in the loss of the St Joseph’s Festival for this season is, of course, that the players will not get to participate in it. For St Joseph’s College’s pupils in particular this is the highlight of their school rugby careers and for those from other schools attending the Festival it is one of the biggest.

The pitches are filled deep with spectators and a good run from the home team can see those spectator numbers climb into the 1000s, their triumph in 2013 was one of the greatest schools rugby atmospheres that this writer can remember.

The Festival is a unique experience, intense and fatiguing it requires a deep squad and a high level of fitness and mental sharpness from those that have a chance of going on to win it. Over the years some of the great schools rugby sides have been among its winners, Wellington College last year, Millfield in 2014, and Dulwich College in 2011, to name just three.

There are a variety of reasons why such a tournament is particularly difficult in the present climate, accommodation being one, bringing so many people from so many schools in so many areas of the country being another.

Perhaps the main one, though, is that rugby at grassroots level remains off limits. One of the reasons for that appears to be a continued opposition from many to a short-term adaptation of the rules as seen in the Premier 15s. Back in March that made sense, common belief was that the virus would be a problem for the end of that season but that after that things would be back to normal. Clearly that is no longer the case, so surely it is clear that what was a majority belief about rugby back in March should also be challenged?

We posed the question on our Twitter account last week (@NextGenXV): “Why is there opposition to temporarily playing rugby without the scrum/maul in order that we can get back to playing?”

A range of answers were given, but the two key points in opposition seemed to be (to paraphrase) “it’ll be too much like rugby league” and “props will be left out”.

Given these are short term ideas (and our own ideas, by the way, nothing official about them), it seems unusual to worry that the game would be too much like rugby league, which given the presence of rucks and an offside line guided by them, it wouldn’t be. The only logical explanation of a fear of it being like rugby league seems to be that people are afraid that players and spectators might actually prefer rugby league. If the sport is so fragile that that is a genuine concern, though, then the game is dead anyway.

As for props being left out, that at least has compassionate merit. However, if the fear is that without scrums and mauls props are slightly redundant, surely there has to be some acknowledgement that in touch or Ready4Rugby they are even more redundant than in a game with tackling and rucking? I am no prop, but I should imagine any prop would prefer a game with some contact to a game with none.

The fact is the Department for Digital, Culture, Media, and Sport is not likely to allow scrums or situations of prolonged close contact so, if we want a game, we have to accept that short term adaptations are a necessity.

Something is not always better than nothing, but in this case, something absolutely is better than nothing. Otherwise the St Joseph’s Festival will just be the latest major loss to the schools rugby calendar rather than the last one. It’s up to those in charge to work out what form of the game could be acceptable to the government, so let’s let them get on and do just that.