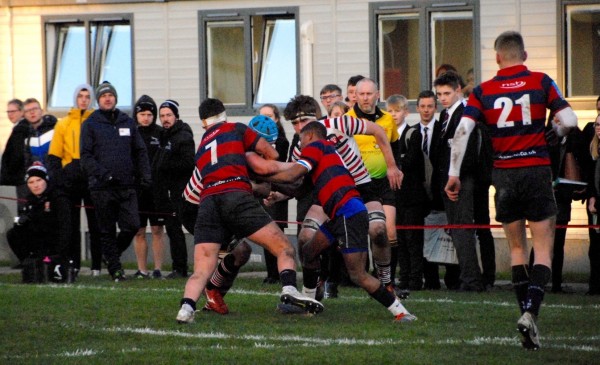 I am not too proud to admit that when news of a return to contact rugby at community level came through this week I was celebrating like Maro Itoje after a penalty for his side.

It has been a long and frustrating old nine months since the Edwin Doran Surrey Schools Senior 7s and the U18 Schools Cup semi finals back in mid-March, the last two big events on the schools rugby calendar that went ahead.

We all know what has happened in the interim, but schools rugby in particular has taken a battering. The RFU did what they could, introducing Ready4Rugby, but the minority resistance to law variations in order to allow contact rugby to return has perhaps been the most depressing aspect of all.

It made sense in March with the season almost complete anyway, but as March became September, it became unfathomable. The “it’ll be too much like Rugby League” minority brigade left myself and the rest of the NextGenXV team wondering if we would ever get to see rugby at a community level return as we once knew it, or would interest simply be lost.

The most baffling of all was why it was, and still is in parts, considered a problem for Rugby Union to be a bit more like Rugby League as a temporary measure. Are we that insecure as a sport that we think a short term step towards another code will collapse the sport forever? Is rugby still beset by a north/south or middle/working class divide – or, worse, an unwillingness to close that divide? Or do people just really hate change that much?

Whatever the reason, it is still important to point out that temporarily removing the scrum and maul still leaves Rugby Union a long way from Rugby League – not least because the breakdown and the offside line are two defining features of Rugby Union that are entirely different to Rugby League and change the entire shape and nature of the game.

For those still worried that it’s not ‘proper’ rugby, think of it like the pandemic as a whole. At first you could neither hug nor see Granny. Then you could see but not hug Granny. One day you will be able to see and hug Granny. Rugby in England has just moved from not being able to hug or see Granny to at least being able to see her. One day we’ll be able to play it in full again, for now we have progress, contact and competition, and it feels oh so good to be able say that.

Rugby is coming back and it’s going to be glorious. A yeargroup of young rugby players that perhaps thought they might never get to represent their school ever again are going to get that chance, that is enough for me, for now.

Let’s embrace it, let’s support it, and let’s enjoy it.