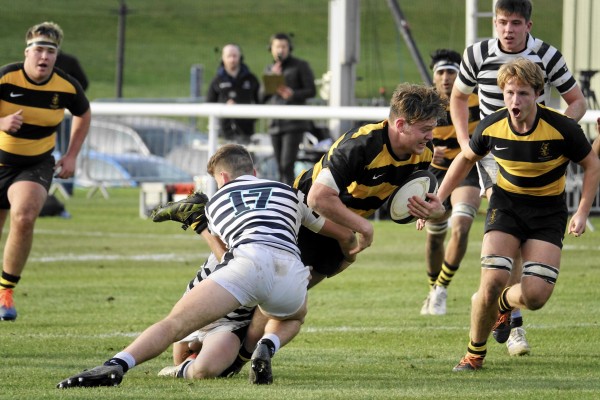 Tuesday 8th December 2020 will be a memorable day for those who have ever played rugby or had a relative play rugby, it was the day that a fear that has been building for a few years now became a fairly terrifying reality.

A group of former professional players including Steve Thompson, Michael Lipman, and Alix Popham are in the process of starting a claim against the game’s authorities for negligence after all have been diagnosed with the early signs of dementia, with repeated knocks to the head to blame, they say. It is said that another 80 former players between the ages of 25 and 55 are showing similar symptoms.

It is a shocking diagnosis for those players, and no doubt on hearing it the thought of many will turn to themselves and their own loved ones – are we at risk too?

It is one of many questions that rugby faces on the subject and that it needs to take quickly finding answers to very seriously.

Among the most important of those questions is, probably; What is the research being done around the risk at junior and amateur level? We know the scrutiny that the pro game will get and the data that will be available, how will those areas of the game in which the majority of players play be assessed?

Another important one is how much contact is the right amount? The knee-jerk reaction is to say contact in training should be taken away. That could be the right answer, but what is the research into whether you need to practice contact in order to do so safely on a matchday?

There are numerous medical questions best left to experts to both pose and find answers to, but one of the most simple could prove most useful at least in terms of the layman understanding what they are dealing with and that is, simply, what constitutes a brain injury? Does simply seeing stars indicate a brain injury? We know the obvious upper end signs, but what of these lower end injuries, sometimes described as micro-injuries, is there even such a thing as lower end or are all brain injuries fundamentally just bad injuries?

These, and many others, are all important questions but it is also important that we retain a sense of perspective about the state of the game now and the state of the game when these players, Thompson, Lipman, and Popham, played. Since rugby turned professional in 1995 it  has progressed leaps and bounds in terms of understanding and purpose of training, injury management and prevention, and head injuries.

Thompson describes some of the brutal training sessions in the early 2000s that are now a thing of the past, some of the archaic reactions to a head injury. On reflection these are pretty shocking, even more so given their absolute normality at the time.

In 2012, though, World Rugby introduced the Head Injury Assessment, and in the years since it has been refined and updated, and improved. Awareness has risen, where before a ‘macho’ response to a head knock was encouraged, now honesty is what is sought.

At amateur level the recognise and remove policy has been introduced. Referees have been empowered to say they want a player removed from the field, too. Progress has undoubtedly been made.

I have my own experience of head injuries. The first I ‘remember’ was aged 11, was it a concussion? I don’t know. I do know it hurt and my head was spinning for a few minutes. Six years later I had my next ‘memorable’ one, the memory there really is next to nothing. I remember I had my blood pressure taken and it had risen worryingly, then there was an ambulance, then I woke up in a hospital room, that’s it. Between the two there had been incidents that no doubt now would have been classed as concussions but at the time were incidents just like at aged 11, a spinning head for a few minutes and move on.

University brought another big-ish one and since then I have been relatively lucky, or relatively naïve. You see there have been occasions where there has been a blow to the head, seeing stars, 30 seconds of needing to clear the head, and then getting going again. Is that naïve, is it stupid perhaps, irresponsible, or is it, in fact, fine? These ‘minor’ issues are where the amateur game perhaps needs to focus some attention.

The other area is on returning to play. School rugby does this well, it manages return from injury, brain or otherwise, well in the main, and Return2Play do a fantastic job helping many to facilitate and coordinate this. However in the adult amateur game the story is a little different. A head injury will see you treated pitchside and potentially sent to hospital, across almost the whole game the instant response is excellent. Aftercare and returning to action, though, are not. For a once every few weeks type of amateur, playing down the ranks, there is often next to no guidance on returning to play and when it is safe to do so. That needs to change.

So why talk about all of this, here, it’s a huge story that you will read about in the national papers, why does a schools rugby focused website need to talk about this story?

The answer is simple, it’s important. It’s important to understand the issue, to raise awareness of it, and to ask questions of the rugby authorities.

But it is also important to allay fears, rugby is in a much better place on this than it was even five years ago. Rugby at school level is not what rugby at a professional level is, it is a safer game, a less collision based game, and a game coached very much with safety as its priority.

Parents of school rugby players will no doubt have read these stories yesterday and feared for their own children. We are here to say that makes sense, but also to trust your school rugby coaches and medical staff. By and large they are good people that put the child first. The game has progressed, let’s keep pushing it to progress more and let’s have school rugby lead the way.