Rosslyn Park HSBC Virtual 7s in association with NextGenXV: Get ready to vote! 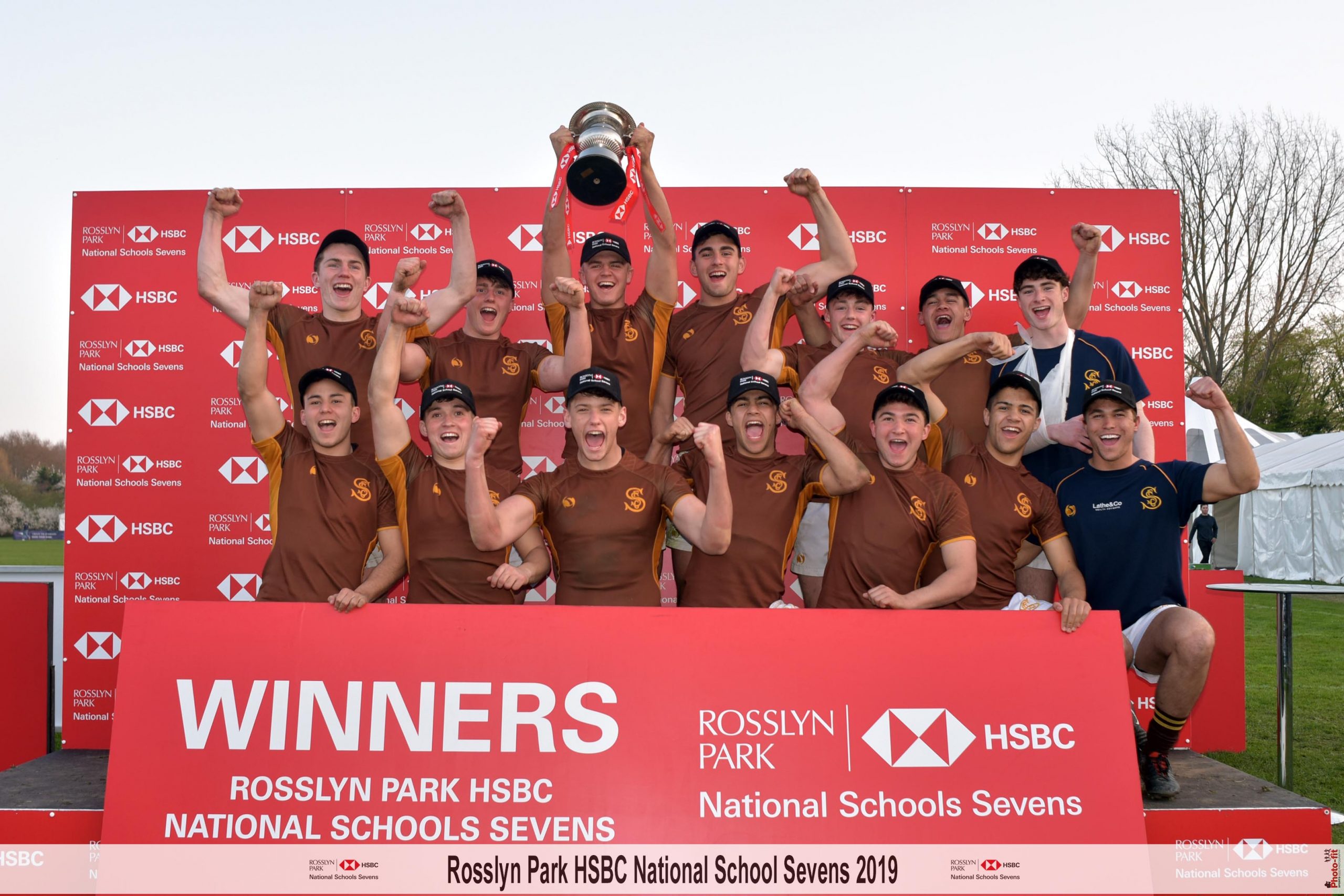 The Rosslyn Park HSBC Virtual 7s in association with NextGenXV will take place from Monday 22ndMarch to Friday 26th March, when the postponed Rosslyn park HSBC National School 7s were due to take place.

Talks remain ongoing to be able to host a form of the ‘in person’ tournament in the summer, hopefully a chink of light at the end of this tunnel that has seen no competitive school level rugby for a year now.

The Virtual event builds on a similar event last year, created by NextGenXV, a simple vote on Twitter resulting in a winner of each of the tournaments. All in the name of a bit of fun and engagement for everyone with a bit of a rugby twist.

This year things step up a notch, tournaments for the same age-groups have been amalgamated, @RPNS7 on Twitter will be where the voting takes place, and every day there will be speakers, including Rachael Burford, Cameron Redpath, and James Grayson, on Instagram at rosslyn_park_school_7s – you can see the full schedule for the week below.

Every team that signed up for this year’s Rosslyn Park HSBC National School 7s has been included in the Virtual 7s draw, which will be released this week. There will be seven tournaments taking place: U11 Boys, U13 Boys, U14 Boys, U15 Girls, U16 Boys, U18 Girls, and U18 Boys. The U13 Junior and Prep competitions have been joined together, so too the U18 Girls and U18 Girls AASE tournaments, and the U18 Cup and U18 Vase.

On Tuesday it is the turn of the U14 Boys, with sessions from VEO on Insight & Analysis, and SKRUM charity, at lunchtime and late afternoon.

Wednesday sees the U16 Boys voting begin, with Huw Bennett leading a strength and conditioning session with the WRU at lunchtime and a Q&A with Northampton Saints’ James Grayson in the afternoon.

Thursday is devoted to Girls rugby, with a welcome message from Maggie Alphonsi to start, followed by the U15 Girls competition in the morning. At lunchtime England star Rachael Burford, founder of Girls Rugby Club, chats to commentary wizard Nick Heath, who is an ambassador for the Women’s Sports Alliance, and following that chat comes the U18 Girls competition.

The week’s action rounds off on Friday with the U18 Boys, with the group stages in the morning followed by a lunchtime chat with Bath and Scotland star Cameron Redpath with Coach Logic. The afternoon sees the knockout rounds taking place, before the week’s voting is rounded off by the inimitable Nick Heath.

For the U18 Girls it runs as follows: Groups (3 teams per group), Last 16, Quarter Finals, Semi Finals, Final.

While for the U11 Boys: Groups (4 teams per group), Quarter Finals, Semi Finals, Final.

If voting follows some of last year’s patterns, we should be in for an exciting week – last year’s Hampton won the U16 Boys competition by a single vote, while the U18 Cup saw Kirkham Grammar edge out Barnard Castle 51% to 49%.

With the amalgamation of same-age competitions, there will be reigning champions pitted against each other in the U18 Boys (Kirkham Grammar and St Olave’s Grammar) and the U18 Girls (Hartpury College and Millfield), giving us plenty of drama right from the off.

Over the course of this week, we will be releasing the draws for each of the 7 competitions, so keep your eyes peeling and get those voting fingers in training ahead of a busy week of clicking from the 22nd March!

All you have to do is click on the team you want to win in each group/fixture when the voting polls open on Twitter!

England International Players’ Backgrounds: Can you help? Just 5 to go!
English Schools pencil in fixtures, but could Academies spoil the party?
Skip to toolbar