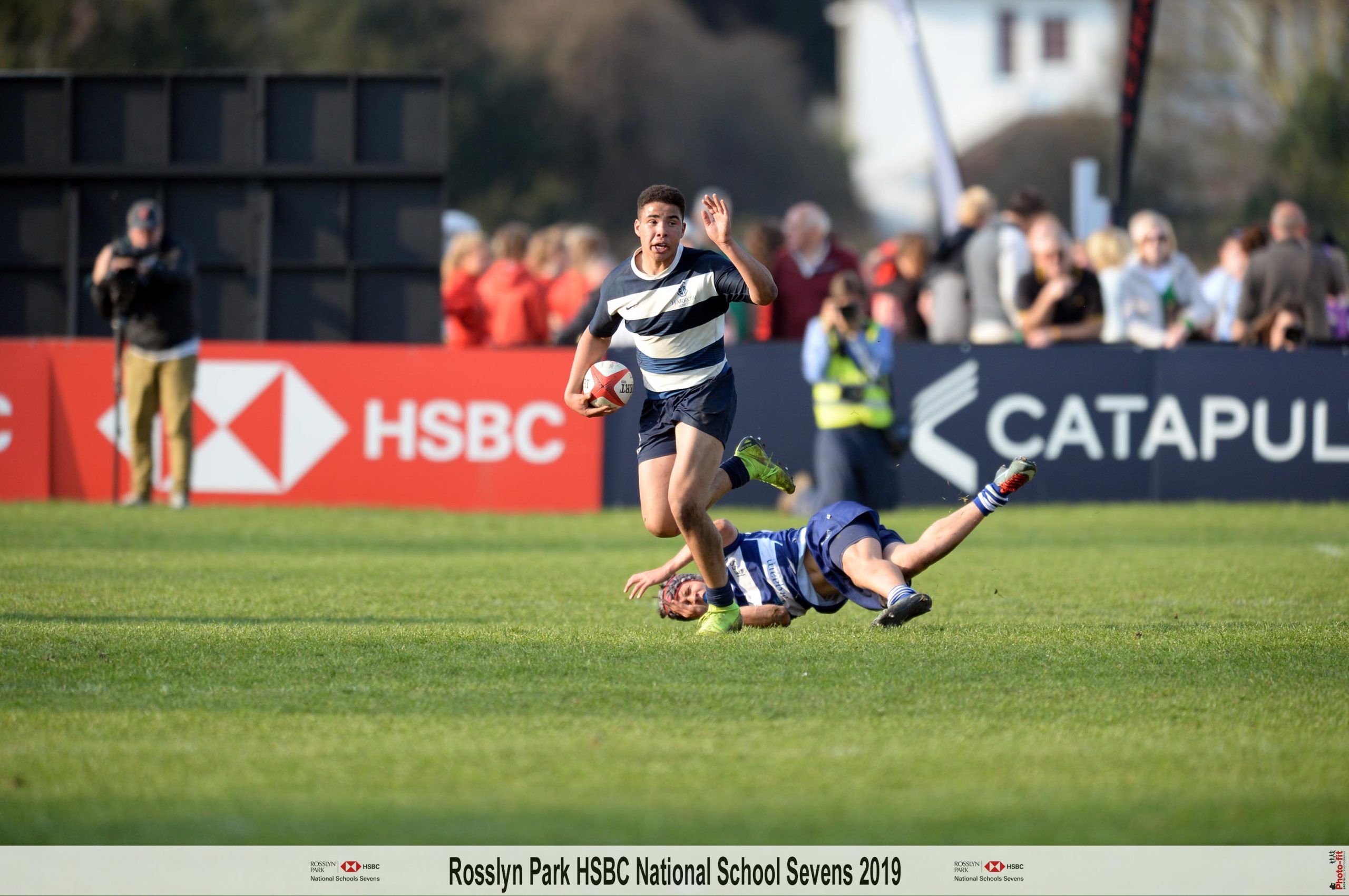 The draw for the U14 Competition at the Rosslyn Park HSBC Virtual 7s in association with NextGenXV has been released!

Following the announcement that the Virtual 7s would return bigger and better for 2021 last week, and Rosslyn Park remain hopeful that a version of the ‘in person’ tournament can go ahead in the summer, this week the Virtual 7s draws are being released – with the U11 and U13 draws being released yesterday.

The U14 competition will take place on Tuesday 23rd March, beginning with the Group stages at 10am. Remember that the tournament format will be that of a series of votes held on the Rosslyn Park HSBC National School 7s Twitter page, @RPNS7 – you will decide who progresses from each group and through each round.

Details on the schedule for the week can be seen here:

For the U14s on Tuesday the schedule sees the first Group Stage at 10am followed by a second round of Groups at 11am. Then on the Rosslyn Park 7s Instagram Page (@rosslyn_park_school_7s) at 12.30pm VEO will host an Insight and Analysis in Rugby session with Gordon’s School.

Into the afternoon and the knockout rounds, kicking off at 1pm with the Last 16 ahead of the Quarter Finals at 2pm and the Semi Finals at 3pm, before a word from long term Rosslyn Park HSBC National School 7s charity partners SKRUM at 4.30pm.

That will lead us into the final at 5pm as the 168 teams that started the day are whittled down to just two as you vote for your Rosslyn Park HSBC Virtual 7s U14 champions!

The 168 teams are initially split into 42 Groups of four. The 42 winners of those groups will head into the second phase Groups. That will consist of 14 Groups of three, from which the winners and two best runners up (by vote %) will progress to the Last 16. From there it is a straight knockout all the way to the final!

Each group and each round will be decided by your votes on Tuesday 23rd March on the @RPNS7 Twitter page.

2020 Virtual Champions Woodlands, who can count Tom Wood and Neil Back among their alumni,  find themselves in Group A alongside Truro School, Uppingham, and Wycombe Abbey, Changzhou.

In that 2020 Final them won nearly 70% of the vote against Millfield, who are in Group PP alongside Bryanston, Churcher’s College, and Birkdale.

The last on-field champions at U14 level are Harrow, back in 2019. They are drawn in Group R alongside Leicester Grammar, King’s Ely, and Ibstock Place, while 2018 Champions Whitgift are in Group HH, and 2017 Champions Wimbledon College in Group GG.

Make sure you keep your eyes peeled and your ears listening tomorrow, when the U16 draw will be announced – a competition that last year came down to just a single vote.

In the meantime, make sure that you are following @RPNS7 on Twitter as that will be where you need to vote all through next week’s Rosslyn Park HSBC Virtual 7s in association with NextGenXV, and be sure to check out @rosslyn_park_school_7s on Instagram, where there will be loads of content through the week.

NextGenXV are working alongside the Alred Trophy, a competition designed to identify Britain & Ireland’s best young kicker. You can read all about it here: Alred Trophy All You Need To Know – and make sure that you head over to www.schoolofkicking.com to sign up for your chance to be crowned the best young kicker!