Stepping Up: Spotlight on U21 Players in Round 15 of the Guinness Pro 14 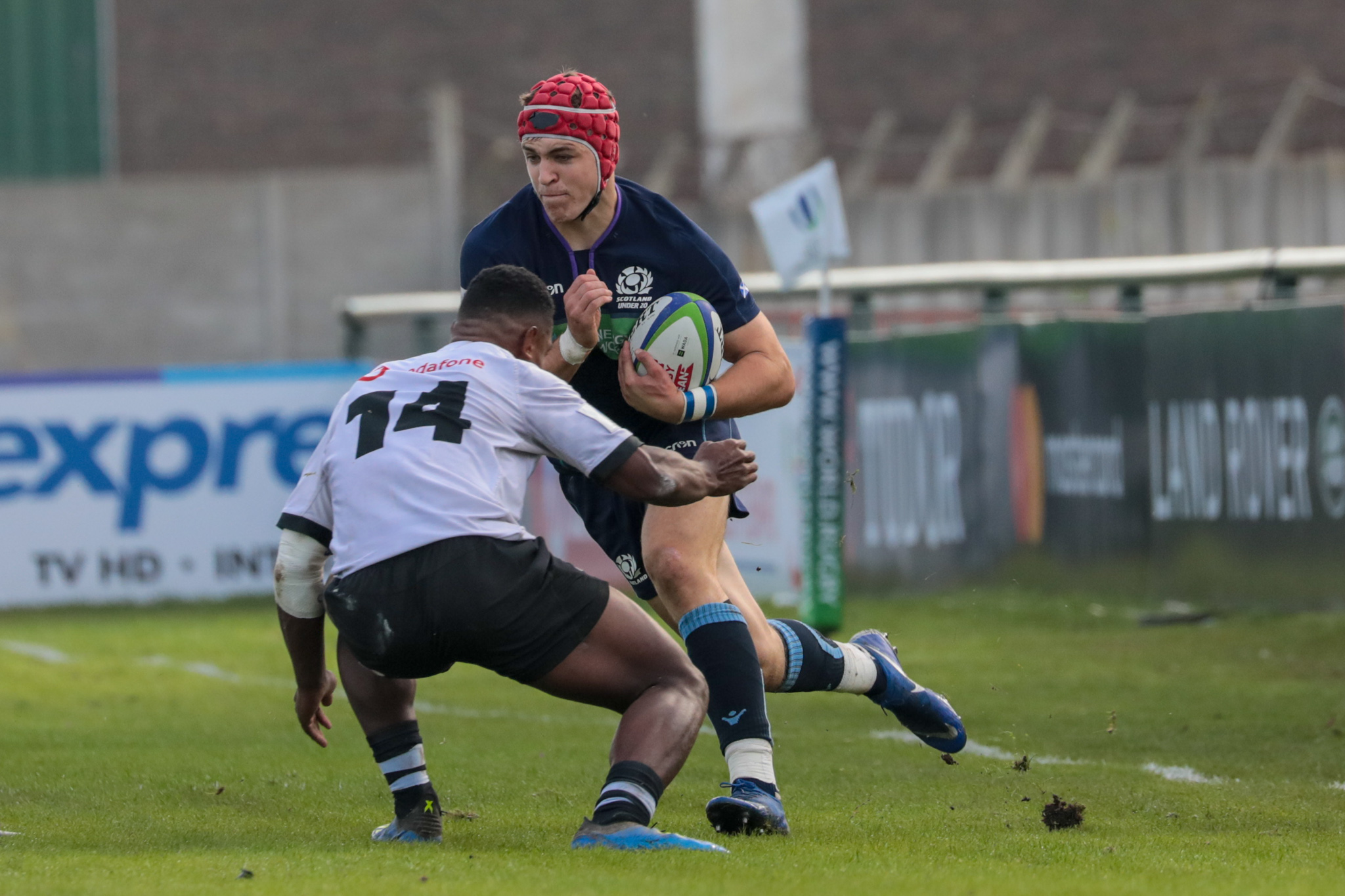 The penultimate round of the Pro14 saw a huge amount of young talent on display with all but one team giving U21 players a chance to show their ability. With a full fixture list this week and still European spots to play for, there was plenty of entertainment and glimpses of players that will emerge next season.

The weekend fixtures started with 7 young Leinster players involved in their high scoring win against Zebre. Tom Clarkson (Blackrock College) was solid in the loose and anchored his team’s scrum – an impressive feat for any young tighthead. Soroka (Belvedere College) started at number 8 and although he was shown a yellow card for a high tackle early on, he put in a big shift as Leinster’s main ball carrier until his substitution in the 2nd half. After starting at fullback last week, O’Reilly (St Gerard’s School) played the full 80 minutes at the back and contributed with a couple of jinking runs in an otherwise relatively quiet performance.

Marcus Hanan was brought on at loosehead and in the 56th minute. The prop who came through at Clane RFC held up his side of the scrum and made an impressive 12 tackles in his cameo. Back row Sean O’Brien (Blackrock College) made his Leinster debut at openside and put himself about on defence with some big tackles. Osborne (Naas CBS) once again came off the bench to play outside centre and slotted in seamlessly on both sides of the ball with physicality in defence and a try assist in attack. Another debutant, fly half Tim Corkery (St Keiran’s College) organised his backline and kicked well but had limited opportunities with Zebre dominating the final minutes.

Rufus McLean of Merchiston was the pick of Glasgow’s youngsters on the right wing, linking up multiple times with former Scotland U20 teammate Ross Thompson at fly half to reclaim kick offs and touch down after collecting a grubber. The diminutive winger’s pace and elusiveness stand out but he doesn’t shy away from defensive responsibilities and there are shades of a slightly younger Darcy Graham to his game. Ollie Smith was yellow carded for the 2nd week in a row for a deliberate knock on but outside of that the former Strathallan pupil once again carried hard and put in a huge tackle to dislodge the ball and set up Lee Jones’s try. Another ex-Merchiston player, Jamie Dobie came off the bench after training with the Scotland squad through the week and did well to increase the tempo and ignite the attack with his service and running threat.

Garyn Phillips got his chance to start at loosehead and the former Coleg y Cymoedd student started promisingly with a big turnover near the Ospreys goal line but unfortunately was substituted a few minutes later after failing an HIA. Joe Hawkins played the full 80 minutes at inside centre and showed great endeavour against Glasgow’s more experienced midfield. The Cwmtawe Comprehensive graduate fronted up in defence and carried admirably to open up space for his teammates. Young fly half Josh Thomas (Ysgol Gyfun Gŵyr) didn’t make it off the bench in the close affair.

All of Munster’s young prospects started on the bench with Kendellen (Presentation Brothers College) coming on in the 1st half due to injury and was impressive all round at number 8. Having only recently turned 20, the back rower looked powerful and athletic going forward and managed an excellent turnover to boot. Thomas Ahern (St Augustine’s College) was capable as a line out jumper and brilliant defending the Scarlets maul, twice getting his hands on the ball through the middle. Crowley (Bandon Grammar) replaced Carbery in the final 20 minutes and kicked well out of hand to frustrate Scarlets and looked comfortable all round at fly half.

Jac Morgan (Ysgol Dyffryn Aman) stood out again for Scarlets against a dominant Munster pack. He will be a big miss next season as he moves to Ospreys and was reliable as ever with his tackling and did his best in attack with his carrying and link play.

Academy lock Prendergast made his first start for Connacht at blindside flanker and looked solid in defence as his team pinned Edinburgh back in the first half and the former Newbridge College player disrupted their line out to add to his contribution. Oran McNulty came off the bench with 15 minutes left but the ex-Millfield student was up against it with Connacht a man down and Edinburgh using the strong wind to their advantage, using probing kicks that any winger would have struggled to deal with.

Nathan Chamberlain was a bright spot for Edinburgh despite tough conditions for attacking rugby. His break in the first half eventually led to a try and with no time left on the clock, the SGS Filton graduate took things into his own hands and danced through the Connacht defence to dive over for the winning score. Former Stewart’s Melville pupil Blain had more of a forgettable performance and struggled at times with the conditions with the high ball causing problems for most players and few opportunities for attacking service out wide. Fly half Charlie Savala (Scots College, New South Wales) didn’t make it off the bench.

Owen didn’t get many chances to show off his playmaking ability against a strong Ulster back line and was exposed defensively on occasion amongst a couple of other mistakes. The former Ysgol Gyfun Gwynllyw player will no doubt be all the better for it in future matches. Carter came off the bench early in the 2nd half and the young lock from Caldicot who’s still eligible for Wales U20s this year made his tackles and supported his teammates in the tight as they scored from close range.

Highly-rated flanker, David McCann started at blindside for Ulster and proved a quality line out option and physical defensive presence. The RBAI product was, however, substituted earlier than planned owing to a yellow card shown to the team’s hooker. Izuchukwu, from Roscrea College, showed glimpses of his strength in contact as he helped his team get the win despite being short of forward. Methodist College alumni, McIlroy came off the bench onto the right wing and his first involvement was collecting a contested high ball. He didn’t get many opportunities to attack and arguably could have done better when his opposite man (young Rio Dyer) finished well in the corner but otherwise looked solid and confident throughout.

Both back rows played the whole game for Benetton. Favretto played at the base of the scrum and the former Mogliano man, who’s also adept at lock, offered himself as a ball carrier and line out option but ill-discipline will be work on for him. His size and relative pro experience will surely be on display this summer for Italy U20s. Zuliani, of Paese, really put himself about at openside, racking up 23 tackles and threatening at the breakdown. Another Mogliano product, Alongi came off the bench and looked stable in the scrum as well as showing good strength defending in close quarters.

Unfortunately, we weren’t able to see much of ex-Gymraeg Bro Morganwg pupil Grady after he took a knock just over 15 minutes into the contest. The knee injury didn’t look too serious and we’ll hopefully see him running dangerous attacking lines in the near future.

Rosslyn Park HSBC Virtual 7s with NextGenXV: U15 & U18 Girls Draws Released
NextGen Chats #1: The team behind School of Kicking and the Alred Trophy
Skip to toolbar