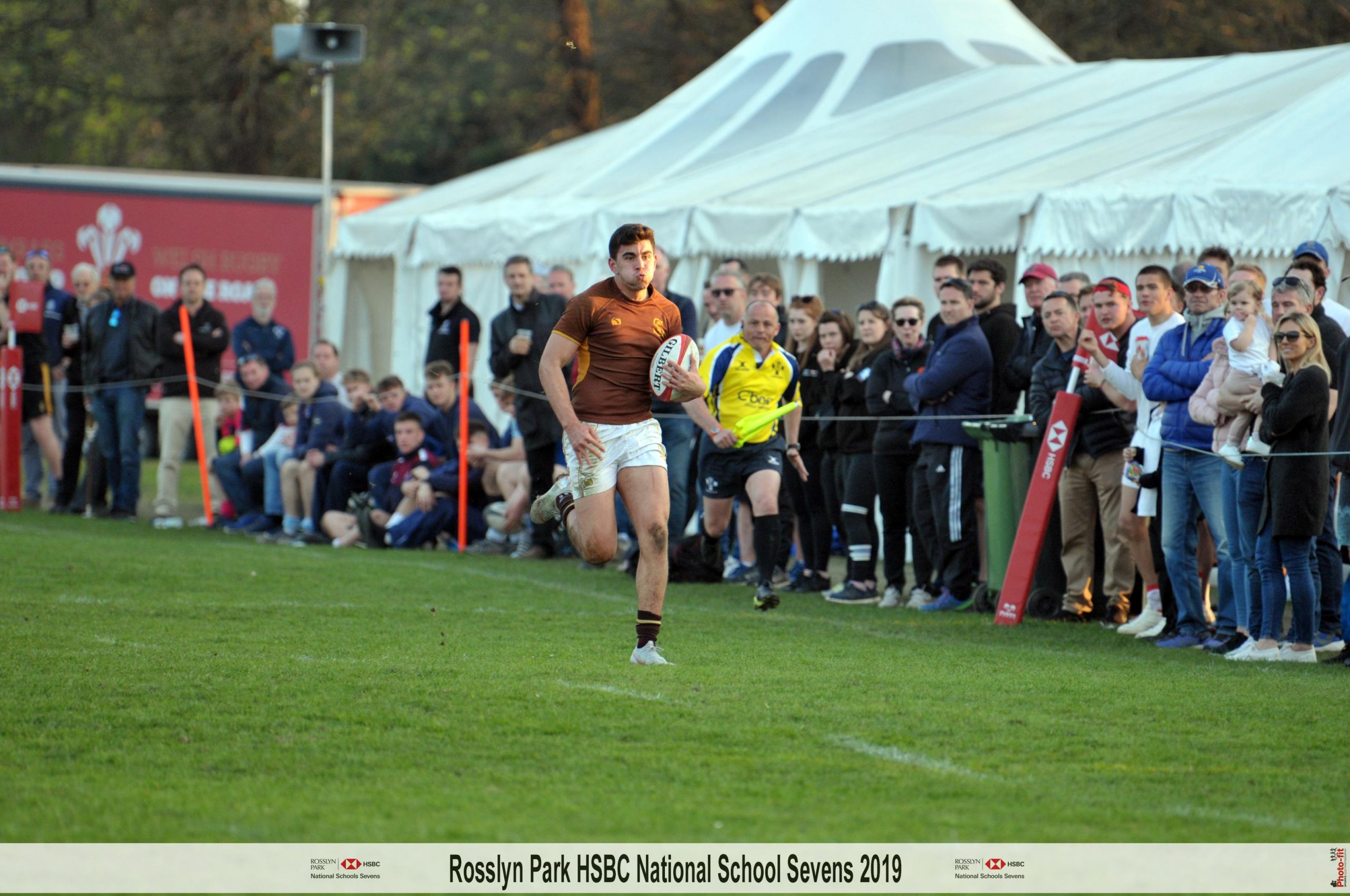 The draw for the U18 Boys Competition at the Rosslyn Park HSBC Virtual 7s in association with NextGenXV has been released!

With the tournament being virtual, it has allowed, for the first time ever, the Cup and Vase competitions to be merged together, meaning that the dream of so many spectators will be realised in virtual form as the very best teams in schools rugby are pitted together.

The Tournament builds on the 2020 Virtual Tournament hosted by us here at NextGenXV, and it’s a very simple process – your votes on Twitter decide who progresses from each group, who wins each knockout fixture and ultimately who wins the whole thing in each an every age-group. All you have to do to get involved is cast your vote at each stage on the Rosslyn Park HSBC National School 7s’ Twitter page, @RPNS7.

The full week’s Virtual Schedule can be see here:

Friday’s U18 Boys Competition closes a week that begins with the U11 and U13 Tournaments on Monday, followed by the U14 Boys on Tuesday and the U16 Boys on Wednesday. Thursday is a really special day dedicated to Girls and Womens rugby, and features both the U15 and U18 Girls Competitions, all six of which were drawn earlier in the week.

Throughout the week there will also be loads going on over on the Rosslyn Park National School 7s Instagram Page, @rosslyn_park_school_7s, with a WRU strength and conditioning session led by Huw Bennett, a Q&A with Northampton Saints’ James Grayson, and conversations with Girls Rugby Club founder and England Red Roses star Rachael Burford, and Scotland’s Cameron Redpath, a Rosslyn Park 7s winner in 2018 with Sedbergh – so make sure you tune into Instagram for those!

It’s a 10am start of Friday for the U18 Boys, so make sure you head over to @RPNS7 to get ready to vote in the Group Stages at 10am. At 11am the second phase of Groups will then take place, before the morning’s activity is rounded off by a chat with Cameron Repdath and Coach Logic at 12.30pm on Instagram, @rosslyn_park_school_7s.

Into the afternoon and the Last 16 ties get underway at 1pm, so make sure you’re over on Twitter at @RPNS7 to vote, and they will be followed by the Quarter Finals at 2pm, the Semi Finals at 3pm, before the U18 Boys Rosslyn Park HSBC Virtual 7s with NextGenXV Final at 4pm.

When voting closes on the final presenter and commentator, and lockdown legend, Nick Heath will then close the tournament, announce the winners and any prizes that might be heading your way!

In combining the U18 Cup and U18 Vase teams from the ‘real life’ tournament, the U18 Boys competition at these Rosslyn Park HSBC Virtual 7s has a whopping 224 entrants, creating a beast of a draw that will need every single one of your vote on @RPNS7 to help your school and your team through.

The 224 Teams are split into 56 Groups of 4, with only the winners of the groups progressing to the next round.

From there, those 46 Group Winners will be drawn into 14 second round Groups of four each, with the 14 winners of those groups and the two best runners up (by vote %) progressing to the last 16. From there your votes need to keep coming in on @RPNS7 as the Quarter Finals swiftly follow, then the Semi Finals, and that U18 Boys Final at 4pm.

Kirkham Grammar School won last year’s Virtual U18 Cup and are therefore in Group A for this combined U18 Boys Competition in 2021. Group A sees them drawn against King’s Macclesfield Leicester Grammar School’s Headmaster’s VII, and Queen Ethelburga’s.

Kirkham’s final last year was a thriller, won by just 51% to 49% over Barnard Castle, and their North of England rivals are drawn in Group AA alongside Strathallan, Ashville College, and Wrekin College, in what should be a fun group on Twitter.

In the Virtual U18 Vase last year, which of course is wrapped up as part of this big overall U18 Boys competition this year, St Olave’s Grammar School were the surprise winners as they saw off a spirited Felsted voting block 67% to 33%.

St Olave’s are drawn in Group DDD where they have Wimbledon College, New Hall, and Royal Alexandra & Albert School for company, while Felsted are in Group B, where ambitious Ipswich School are alongside them, along with Duke of York’s Royal Military School, and Hills Road 6th form College.

The last ‘real life’ winners of the two U18 Boys competitions were Sedbergh in the Cup, backing up their 2018 triumph, and Bromsgrove in the Vase. Sedbergh’s draw sees them pitted against Newcastle School for Boys, Grammar School at Leeds, and Belgian side Sint-jan Berchmanscollege. Bromsgrove, meanwhile, are in Group M, where King’s Worcester, Peter Symonds’ College, and Newcastle-Under-Lyme will be competing with them for a place in the second round groups.

Every vote looks likely to be crucial in this U18 Boys Competition, especially with such incredibly competitive groups, so make sure that you head to @RPNS7 on Twitter on Friday 26th March to get your votes in through every round!

The draws for all 7 competitions through the week have now been released, and you can check them all out here:

All that remains for you to do is to make sure that you are following @RPNS7 on Twitter as that will be where you are voting throughout the week next week, and be sure to check out @rosslyn_park_school_7s on Instagram, where there will be loads of cool content throughout the week.