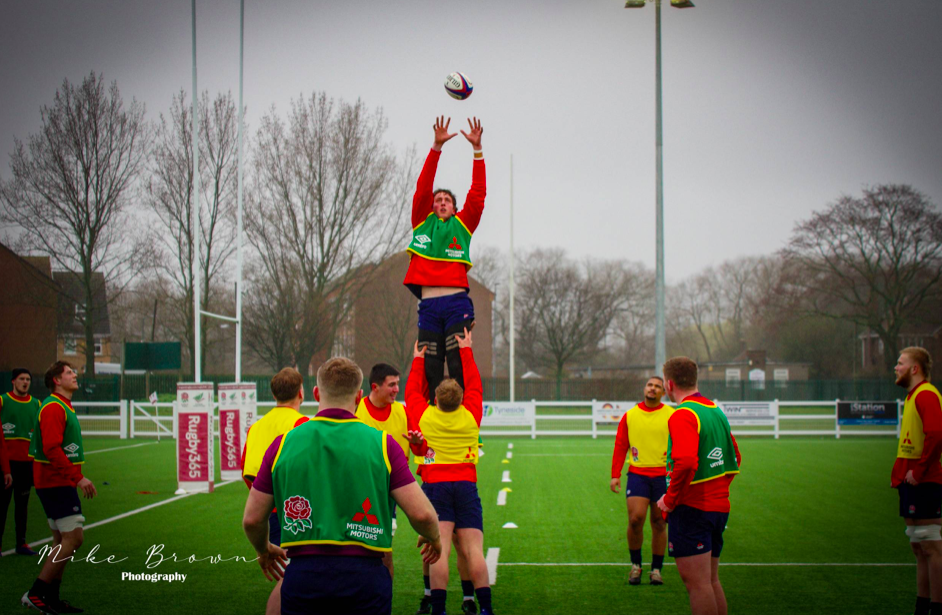 England U20 took on a Newcastle Falcons XV on Saturday, going down 43-22 to the hosts in a game that yielded plenty of tries.

It was England U20’s second game this month, having taken on and beaten a London Irish XV a couple of weeks ago, but once again the England Rugby veil of secrecy dropped down on this one and it is only thanks to the openness of Newcastle Falcons that anything about the game is known.

In total there were a stunning eleven tries scored by the two sides, and the pick of them came from Newcastle Falcons’ Louie Johnson, the current Sedbergh School skipper. Playing at full back rather than his usual fly half, Johnson scored an absolute peach of a try, returning a kick from inside his own half and scorching through would-be tacklers to score.

Johnson was the only schoolboy in the starting lineup for Falcons, but there were four on the bench, Durham’s Ewan Greenlaw, Gosforth Academy’s Innes Hill, and RGS Newcastle pair Matt Deehan and Mark Dormer.

There were familiar faces for Johnson though, in former Sedbergh teammates Rob Farrar and Will Haydon-Wood playing in the second row and at fly half respectively, for Newcastle. Meanwhile Phil Brantingham started at loosehead, the RGS Newcastle facing up against the front row that he was playing for just a fortnight ago, similarly Matty Ward, who came of the bench.

The game was close at half time, 19-17, but as it wore on Newcastle Falcons just accelerated away from the young England side. On the scoresheet for Newcastle Falcons were Robbie Smith, Cooper Vuna, Freddie Lockwood, and Matty Ward, along with that wonder Johnson try. While Morgan Passman was also on the scoresheet after a fifteen month injury lay-off. Haydon-Wood and RGS Newcastle leaver James Blackett collected points from the tee.

The result will be a tough one to take for the England U20 group, but overall they were playing against, on average, an older and more physically developed side. With the U20 Six Nations not happening until the summer, there is still plenty of time for this young group to continue their development, and swathes of players to come in that were representing their clubs in the Gallagher Premiership.

Among those missing, of course, was George Martin. The Brooksby Melton College leaver and former England U18 skipper was, rather than lining up for England U20 or for Leicester Tigers, coming off the bench for England against Ireland to earn his first cap at the incredible age of just 19 years old. If ever there was a moment for these young England U20 players to realise just how close that ultimate dream is, that was it.