Stepping Up: Focus on U21 Players in Round 15 of the Gallagher Premiership 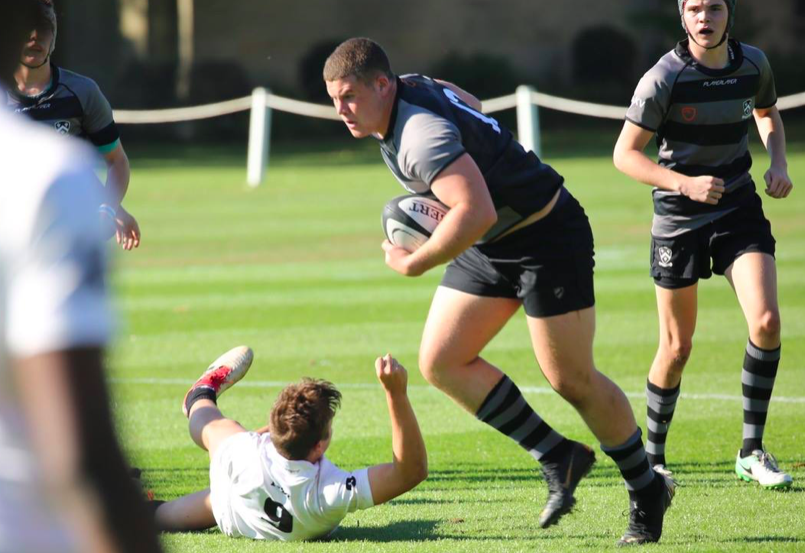 With the 6 Nations finished and the European matches on the horizon, round 15 saw a number of internationals back at their clubs but there were still plenty of U21 players in action.

Exeter’s 23 caught the eye with 5 U21 players and a further 5 U22 players named and we were once more treated to a number of promising young fly halves who seem to improve in their roles with every match. With relegation scrapped, clubs are clearly feeling the freedom to give youngsters a shot.

Dean Close’s former pivot, George Barton, continued at fly half for Gloucester and was put under pressure by Exeter’s relentless line speed. The young playmaker dealt with it well, however, and looked relatively comfortable managing his team in attack with particularly good kicking from hand and extended his streak from the tee with 3 conversions and 2 penalties and adding an impressive 12 tackles on defence. Coming on the final 15 minutes, Jack Clement, once of Cheltenham College, brought his usual energy in the loose on both sides of the ball as Gloucester turned the screw on their opponents.

Exeter’s young side included Capstick and Tuima in the back row with the latter making his full debut for the club. Both former Exeter College players racked up a lot of tackles for their team with Tuima adding his considerable bulk going forward as well. Millfield’s former star Dan John also made his first start and showed off his pace in both defence and attack in the unfamiliar position of outside centre but it was Sedbergh’s Josh Hodge who stole the show for Chiefs. The fullback scored a superb solo try from a counter attack deep in his own half, scything through a gap and then using his speed to step outside and finish past opposite man Carreras. In addition, the youngster looked astute in defence with his positioning and put in a quality tackle on Rees-Zammit as the Welshman made a break down the wing. Unfortunately for Truro College’s Arthur Relton, he wasn’t brought off the bench to make his premiership debut.

Chunya Munga, formerlu of Leighton Park School, played the full 80 minutes at lock for Irish and amongst his set piece work, he showed some good footwork and handling with a quality offload to set up a try. His teammate, Donnell, put in a big defensive shift and was his team’s top tackler with 18 and no misses. The former Peter Symonds College student did pick up a yellow card with a couple of minutes to go as Bath drove for the line but it didn’t affect the outcome for his team. We were alas not treated to a battle at centre between Will Joseph and his older brother as the youngster didn’t make it off the bench.

Making his first start after coming off the bench last week, Bailey looked settled at first receiver. The ex-Beechen Cliff player was relieved of most kicking duties by Ben Spencer but distributed the ball well in attack. KES Bath old boy Max Ojomoh made his debut off the bench with 10 minutes left but with the number of cards issued in the 2nd half, it was a difficult game to get a read on both backs. They’ll undoubtedly be better for the experience, though, and be in and around the squad in the future.

Fin Smith started on the bench after his full debut last week and despite coming on in the 2nd half with his team down a player and in the process of being routed by a flying Saints side, the Warwick School product looked largely comfortable on the ball and clear-headed as he tried to win field position and make plays out wide. With just one notable error when he was charged down, the fly half ended the match with a conversion from wide and will surely continue to add to his game time with Duncan Weir injured.

It’s worth noting that after being namechecked by an under-pressure Eddie Jones recently, Smith looks to be in a similar position to Cam Redpath a few years ago. A fantastic talent in a struggling side, he may be put in a difficult spot in terms of international selection earlier than he might have expected.

Saturday was a day to remember for young Ollie Sleightholme as the winger bagged 4 tries for his team with Northampton running away with the game in the 2nd half. The ex-Northampton School for Boys pupil looked like the complete package on the right wing displaying pace, power and finishing to end with 127 metres made and 11 tackles on defence to boot. His teammate, Freeman, came on in the first half after an injury to George Furbank and slotted in seamlessly. The youngster was involved in much of his team’s attacking play and showed off a terrific skillset with his offloading and kicking to set up a number of tries. The former Moulton College player looked full of confidence and could have been in with a shout for Man of the Match himself.

Playing at number 8, Bloxham School’s former skipper Alfie Barbeary was his team’s top ball carrier and tackler with the unenviable task of marking Rohan Janse Van Rensburg all day. Already one of Wasps’ top forwards, it must surely be only a matter of time before he’s called up for test honours. Ex-Abingdon fly half, Atkinson was once more brought on in the final minute as Sale closed out the match.

Regular starter, 20-year-old Bevan Rodd had a back-and-forth scrum battle with veteran tighthead Kieran Brookes with penalties going against both throughout the 1st half. The Sedbergh product also contributed in the loose before being substituted. Former St Ambrose College student, Quirke made his first start at scrum half and looked lively around the ruck and provided good quick service to his teammates in addition to kicking well from the base. Hooker, Ewan Ashman (Sandbach School) came off the bench and carried well and made all of his line out throws to help Sharks take advantage of Wasps’ ill-discipline and pull off a narrow victory late in the game.

Leicester continued to give plenty of opportunities for their young players and it paid off on Sunday with a good win against Newcastle. Norwich School old boy Freddie Steward and ex-Kirkham Grammar star Dan Kelly played the full game with both looking like seasoned veterans at times. Steward was generally good under the high ball after copping a huge hit in the process of catching his first one and he was a threat with ball in hand with his smooth running and large frame. He was unlucky to be denied a try late on after a teammate was penalised off the ball as he ran in to score. Kelly had an excellent all-round game at inside centre, helping his team out with a super try saving tackle amongst a lot of other defensive work and looked strong on a number of occasions carrying into contact.

Strathallan old boy Cameron Henderson came off the bench and put in a number tackles and also helped guide his team’s driving maul as they scored in the final minutes. After making his debut for England a week ago, George Martin will have been disappointed to have been shown a yellow straight after entering the fray that was more a result of persistent team penalties than his particular infringement. The ex-Brooksby Melton forward showed good work rate when he was on the pitch and will, no doubt, see more involvement soon. Finally, Oakham School old boy Jack Van Poortvliet was brought off the bench and provided good service for his backs but unfortunately his team didn’t see a lot of ball in the 2nd half with Newcastle dominating possession.

England U18: Top 10 England U18 International Producing Schools Revealed
Blog: “That being something we just have to accept is, well, unacceptable.”
Skip to toolbar