Scotland U20: Six to Watch 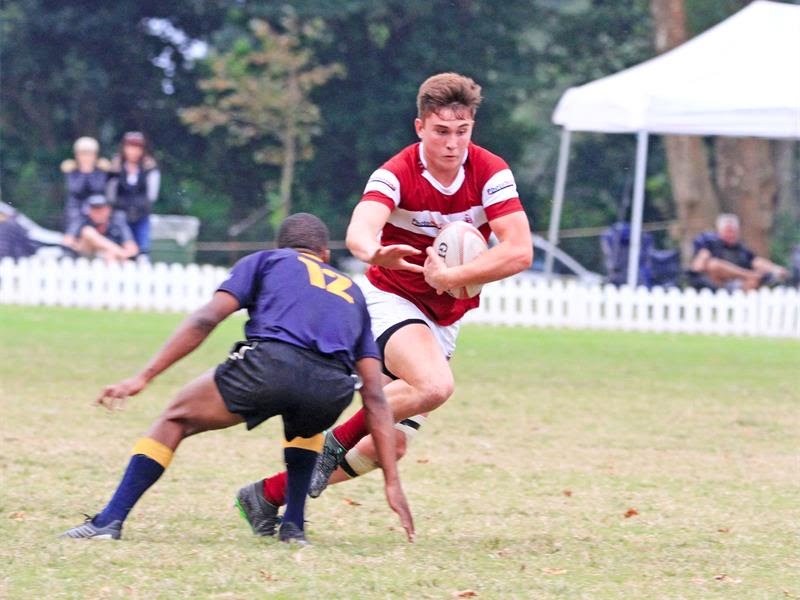 After the recent 41-man extended training squad was announced that includes a number of new names to the Scotland U20 fold, we take a look at 6 players to look out for from this group.

There are some notable absentees owing to injury or club commitments and this has made room for others with the pool of young Scottish talent looking deeper than ever. There are also encouraging signs for next year’s crop with around half of this squad still eligible to play next season. With all that in mind, let’s take a closer look at some of the slightly lesser-known names and players with the potential to grab their opportunity in this year’s U20 6 Nations.

One of three former Kirkham Grammar School pupils, Bowker was named in an England U18 training squad last year before rugby activities were unfortunately put on hold. The tighthead is a powerful ball carrier who especially impressed at the St Joseph’s College Festival in 2019 with his team reaching the final where he held his own against Wellington College’s impressive front row.

In a deep group of tightheads even including Dan Gamble’s injury, Bowker should push for a place in the squad and with his U20 eligibility extending into 2022, could develop a fierce battle with Gregor Scougall for next season’s starting spot.

Capable of playing across the back row, Rhys Tait could bring a physical edge to the Scotland defence this summer with his hard-hitting style that could be key to shift momentum and lead to turnovers. Hailing from Hawick, Tait completed his schooling at Sedbergh and could now feature for the Southern Knights in the Super6 when the competition resumes.

The Hawick youngster has the pace and agility to be a defensive force in the wider channels as well as the tighter areas and is also comfortable with ball in hand and linking up with teammates in attack. Not turning 19 until the summer, Tait is another player who could make a significant contribution this year and go on to become a key performer in the 2022 squad.

One name that jumps out in the squad list is undoubtedly Rudi Brown. The number 8 from Melrose is still a current schoolboy at Merchiston Castle and could be in line for a rare appearance at this level for a player of his age following in the footsteps of fellow back rows Rory Darge and Connor Boyle.

Brown is an entirely different type of player, though. Tall and well built, his game is naturally suited to ball carrying and he has the skills and athleticism to progress into the high performance environment. This is an especially congested position group this year but Brown could force his way into the squad 2 years earlier than most.

Coming through the ranks with Scotland U16 and U18 and being a stalwart at fly half for the various Caledonia sides in regional competitions, Euan Cunningham comes into this summer’s tournament as a contender for the 10 jersey despite having another year of eligibility.

The former Wallace High student is now a full time academy player with Glasgow after joining Stirling County’s Super6 squad as a 17 year old schoolboy and playing for a Scotland U19 side around the same time.

While Cameron Scott of George Watson’s will likely be the incumbent, Cunningham should get significant game time setting him up for a full season of age grade rugby next year along with regional rival Christian Townsend.

De Bruyn came over to Scotland in December to join the Glasgow academy after finishing school at Kearsney College in South Africa. A highly rated centre capable of playing 12 and 13, he will likely be seen as more of an inside playmaker forming a potential future Glasgow and Scotland partnership with Michael Gray.

A former loose forward, De Bruyn possesses excellent footwork and power that should see him create plenty of opportunities for himself and his teammates in attack. He’s also demonstrated an all round game that got him selected for the SA Schools 7s side early in 2020.

Primarily an outside centre, the rangy Lanni came through the ranks in Ayr’s youth set up before finishing his school education at Sedbergh. Now playing for the Ayrshire Bulls in Super6, Lanni can comfortably fill in on the wing as he has done for Scotland U19.

The Ayrshire Bulls man was a big part of Sedbergh’s recent successes showing off his range of abilities including passing, pace, footwork and physicality on both sides of the ball. Lanni will have tough competition in the form of Matthew Currie and the younger Gray but with his size, skillset and versatility, it wouldn’t be a surprise to see him feature ahead of some of his academy counterparts.