Schools Rugby: Another fantastic week of action across England 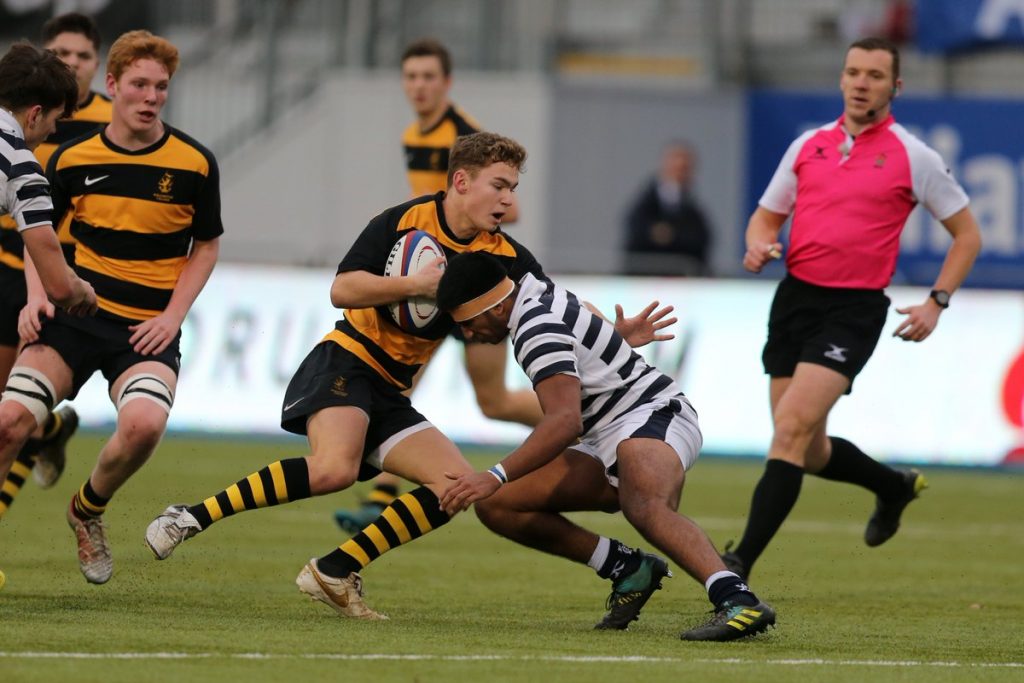 It felt almost like normal over the last week as the second week of school rugby in England took place following the resumption of play at the end of April in lines with RFU guidance.

Teams were in action around the country as many took to the field for the first time in over a year. Debuts were handed out, first team shirts worn for the first time, and indeed for the last time in some cases. Opportunity, emotion, and enjoyment were the words of the week across the board.

In all corners of the country teams were in action, in the very northern tip on Wednesday where the impressive Sedbergh took on Sale Sharks ACE side Myerscough College, with many players playing against Sale Sharks U18 team mates. It was a special day for many, but particularly a few Sedbergh players, Ollie Spencer and captain Louie Johnson among them, earning their fabled brown blazers.

In the South West Sedbergh’s great rivals Millfield were in action with their 2nd XV, who took to the famous Gareth Edwards pitch for the very first time, taking on Somerset rivals Taunton School 1st XV in a thrilling game of rugby. Both sides will be in action again soon, too.

Those were just two of the games on a busy Wednesday, newly confirmed Harlequins ACE side, Gordon’s School, were also in action as they took on Lord Wandsworth College. Gordon’s were on magnificent form, despite missing a number of players to Harlequins commitments, allowing them to hand out three debuts. Lord Wandsworth gave a good account too though, with several players making their debuts ahead of a busy schedule in the next few weeks.

Denstone College were in action for the second week running after taking on Kirkham last week, they took on Lichfield RFC on Wednesday and saw six U16s run out to make their debuts in what was a hugely proud day for all involved.

Skinners’ hosted Langley Park in Kent on Wednesday, a close game between two sides packed full of new faces in the 1st XV shirt, similarly in the North West as Manchester Grammar and Cheadle Hulme took each other on, with Manchester Grammar now looking ahead to this week’s game against Wirral Grammar School.

Friday was a massive day, with four giants in action as Wellington College, so closely linked to the London Irish Academy, took on London Irish’s new ACE side, Bishop Wand, who were sadly missing swathes of players to London Irish the following day. Wellington were without fly half Monty Bradbury, also in London Irish action, but that allowed Samm Danniel, who played fly half for their U15 Schools Cup winning side a few years ago, to come in and show his range of skills. Five key senior players were involved, Alex Teague, Fin Lock, Cassius Cleaves, Wil Hobson, and Robbie Offord, leading the way for the generation below, of whom Thierry White, Finn Tawse, Joe Lewis, and James Lloyd were particularly outstanding. In perhaps the most telling piece of information of the time we are currently operating in, a number of those involved were playing their first rugby since playing U16B. 2020/2021 has been a strange time indeed.

Wellington face Whitgift on Friday evening, and will be handing out debuts to a further 8 players. Whitgift will be much changed too, they took on Hampton on Friday night with a largely U17 side and Hampton capitalised with a highly accomplished performance. Joel Luckman scored his first ever 1st XV try for Hampton, and later followed it up with a second, with Arthur Hopley also scoring. Skipper Jamie Benson, the Harlequins U18 maestro, added ten points with the boot, including an effort from the touchline a beastly 50 metre penalty. Whitgift will be disappointed, however with such a young side in action, there is plenty of promise for the future, perhaps even beginning against Wellington on Friday night.

You will be able to see even more of Hampton on Friday evening as we live stream their trip to Epsom College, a game that pits two incredibly exciting games against one another in what promises to be a fast paced and competitive game. Elsewhere there will be plenty going on too, Millfield taking on Clifton College in a battle of two more heavyweights, Langley Park travel to Wallington County Grammar, while Bishop Wand are again in action against a top school side in the form of Kirkham Grammar School, while Seaford College and RGS High Wycombe to head to head at Cobham RFC.

Friday looks set to be a very special day in the world of school rugby after a very very long wait, and it’ll keep going, too, with Sedbergh hosting Newcastle Falcons’ ACE side, Gosforth Academy, on Saturday!

Friday’s game between Wellington College and Whitgift will also be played in memory of Seb Adeniran-Olule, an old boy of both schools who died to tragically five years ago. Seb was a rising star with Harlequins, on dual registration with Richmond having played for England U18 and U20. Please do follow @sebsfoundation to see the great work that is being done in his name.