Stepping Up: Focus on the U21 players in Round 18 of the Gallagher Premiership 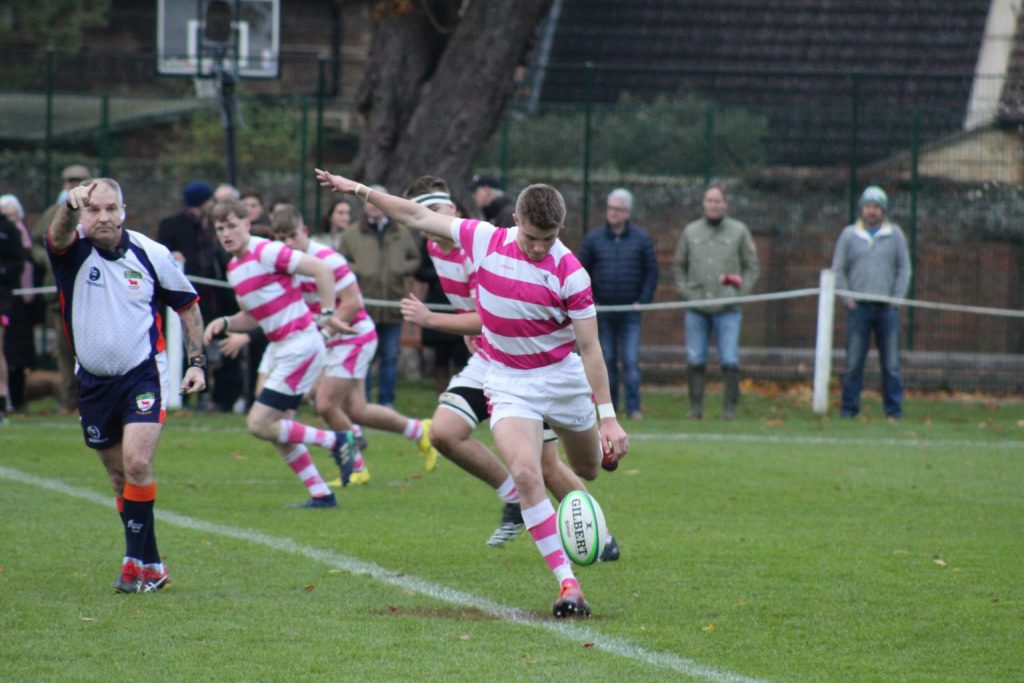 Round 18 of the Gallagher Premiership kicked off with a hugely entertaining match between Sale and Leicester involving 11 total U21 players!

Every other match featured at least one young prospect and there was plenty to take from the weekend’s action. With 5 top fly halves in action and 3 exceptionally talented inside centres, the future looks bright in those key positions for a number of teams.

Rodd, formerly of Sedbergh, was the only one of Sale’s youngsters to start the match and he was typically active around the park with 10 tackles made as well as proving to be a reliable ball carrier and nuisance at the breakdown. In his only scrum of the game, though, he did concede a penalty to the former England U20’s man Joe Heyes.

Ashman, a Sandbach old boy, and Harper, once of Merchant Taylor’s School, Crosby, bolstered the front row in the 2nd half and kept up Sale’s physicality in defence as Leicester tried desperately to score. Raffi Quirke and Connor Doherty, both former St Ambrose College stars, were also brought on in the final quarter with Quirke marshalling his forwards in attack before putting Yarde through for a try in the corner. The scrum half was also a threat around the fringes beating a handful of defenders with one particular snipe. Doherty was used at inside centre and did his part to keep Leicester’s varied attack in check though he didn’t get many opportunities going forward himself.

Look out for Ashman, Rodd, and Quirke in our British and Irish Lions ‘Cubs’ squad!

Playing the full match Henderson, ex Strathallan, and Martin, the former Brooksby Melton College skipper, brought huge amounts of energy from the first minute to the last. Despite the loss, they can be pleased with their efforts on both sides of the ball and seemed to be involved in almost every phase. Martin’s ball carrying was a particular strength along with their combined 25 tackles. Dan Kelly, ex Kirkham Grammar, also starred in Leicester’s losing effort, with exceptional physicality and footwork with ball in hand. The Irish age-grade player additionally included a quality half break and offload which came agonisingly close to being converted. Leading his fellow backs with 12 tackles, the 19-year-old put in a big shift in defence against a hard running Sale team as well.

Brought on midway through the 2nd half, Whitcombe, a Woodhouse Grove old boy, and Van Poortvliet, an Oakham leaver, maintained the ferocious pace of the game with the prop also engaging in a tight scrum battle with opposite man, James Harper. Van Poortvliet was typically quick and accurate with his delivery and looked to threaten with his speed of play but the Sale defence was too suffocating for the most part. Freddie Steward, ex Norwich School,  was also subbed on in the 2nd half and made a big impact with a scything counter-attack from deep while also contributing with his kick chase and aerial skills.

Martin, van Poortvliet, Kelly, and Steward all made it into our Lions Cubs squad too, while Whitcombe and Henderson were very close.

Initially starting on the wing against Rees-Zammit, Freeman moved to fullback after Dan Biggar’s injury 20 minutes into the game. The former Moulton College pupil showed off a range of quality kicks and excellent effort with his kick chase. Despite Gloucester dominating the match, the youngster still showed glimpses of his ability to seamlessly join the attacking line from fullback and pose a threat to defences.

Recently announced as a Lion, and named in our British and Irish Lions Cubs squad alongside Clement, Rees-Zammit could have been awarded Man of the Match for his efforts against Northampton. The former Hartpury and Cathedral School Llandaff man used his searing pace to score twice, finishing with 67 metres made and 2 clean breaks as well as being a constant menace with his kick chase. Cheltenham College old boy, Jack Clement came on as a sub and also impressed with his energy. The flanker totalled a superb 7 tackles in the final 15 minutes of the game. Young fly half and former Dean Close star, Barton came on with only a couple of minutes to play and didn’t get a chance to impact the game.

With the all-round game that we’ve come to expect from Capstick, the 20-year-old brought typical work rate in defence and attack, helping to stifle Worcester as they tried their best to score late on. Once of Exeter College, Capstick played from the base of the scrum and looks increasingly like Rob Baxter’s go-to substitute back row going forward, little wonder he made our British and Irish Lions Cubs squad.

It was a tough outing for Smith at Sandy Park with awful conditions for running rugby and a fierce Chiefs side on both sides of the ball. The former Warwick School star did stand up in defence with more tackles than any of his fellow backs and was constantly tested under the high ball with mostly good results. If the other factors weren’t enough to contend with, the fly half was also unlucky not to collect a loose ball after doing well to chase down Henry Slade with the centre taking advantage and dotting down. After recently announcing his permanent move to Warriors, young Welsh wing Harri Doel came on in the 2nd half but apart from doing well to collect an attacking kick, had very few opportunities to show his skillset. There will certainly be more enjoyable days for the Worcester youngsters.

Playing the full 80 at inside centre, Cokanasiga showed power and distribution that belied his years. Consistently carrying hard through the middle of the Falcons’s defence and displaying some nice ball handling and passing, the former St Paul’s Catholic College student topped off his performance with a strong finish from close range. It is early days yet, but Irish fans could dream about a quality and complimentary future midfield partnership with the dynamic Will Joseph in the coming seasons.

Coming on with 15 minutes remaining, Munga, once of Leighton Park School,  and Donnell, the former Peter Symonds’ College star who is also in our Lions Cubs squad,  brought some much-needed intensity and physicality in defence with a solid 4 & 5 tackles respectively (no misses). Furthermore, Donnell’s first involvement in the game was to dart down the blindside after a line out and feed his hooker for a slick try.

Despite Bailey’s first half being disrupted with a 10 minute substitution for an HIA, he appeared composed on the ball against the league leaders. With scrum half Ben Spencer taking on much of the decision-making in attack, Bailey was free to link up with his back line and had some success early on. As the game developed, though, Bristol’s defensive pressure and possession limited opportunities for the former Beechen Cliff playmaker and he was substituted after 50 minutes as they tried to stay in the fight.

Coming on in the 2nd half, Lloyd initially replaced Charles Piutau at fullback before finishing the game at fly half. The Welsh playmaker showed a couple of glimpses of his dangerous footwork and slotted a nice conversion with Bristol looking fairly comfortable towards the end of the match. The only minor blemish on the day for the Clifton College alumni was being caught slightly out of position as Anthony Watson beat him to take a high ball and score in the corner, nothing that could keep him out of our Lions Cubs squad though!

Once again entering the fray in the 2nd half at fullback, former Abingdon schoolboy, Atkinson looked comfortable at the back and proved to be a useful 2nd playmaker for Wasps as well as a valuable left-footed kicking option. The 19 year old looks set to take over from Gopperth and Sopoaga as Wasps’s 2nd distributor and, unsurprisingly given his rapid rise, is yet another to be named in our British and Irish Lions Cubs Squad.