Stepping Up: Focus on the U21 Players in Round 19 of the Gallagher Premiership 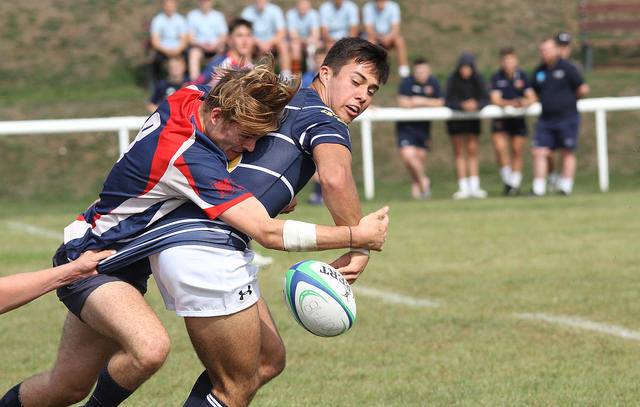 The Gallagher Premiership continues to see a lot of young players take the field as the season draws to a close with each game featuring U21 prospects.

With the top four looking set, Sale’s youngsters and the likes of Capstick at Exeter Chiefs and Lloyd at Bristol Bears will be pushing for inclusion in the play-offs while a number of others will be aiming to finish strong and make their case for a starting spot next season.

Coming on in the 80th minute for the injured Redpath, Beechen Cliff old boy Bailey didn’t get the chance to exert his influence as his forwards tried to drive over for the winning try.

Sale once again called upon a number of their young players in a tight affair with Bath. Rodd (ex-Sedbergh) started at loosehead and was typically active in the loose. The young prop will look to work on his scrum technique with a several penalties going against him, however he is probably justified in feeling hard done by with a couple of the decisions. Front row teammate Harper, once of Merchant Taylors School, Crosby, was brought on in the 2nd half and held up against Jamie Bhatti in the scrum and added his considerable bulk to Sale’s physical defence late on.

Scrum half Quirke, the former St Ambrose College star, saw yellow shortly after his introduction after bringing down a maul but was sharp in the final quarter as Sale held on for the win. Former schoolmate Doherty came on at outside centre this week and showed off his physicality in defence with some tough tackling and linked well with his teammates a couple of times although Sale’s attack was generally fairly narrow in the 2nd half.

After impressing last week, Atkinson got the nod to start at fullback against Worcester. In wet conditions, the former Abingdon star helped to pin the Warriors back with smart tactical kicking and his positioning at the back was solid when tested by Worcester’s kicking game. Offering himself as more of a running threat with the wet ball, the playmaker topped his colleagues in metres made and looks an increasingly rounded talent at this level.

With his first start for Worcester, there were signs of Doel’s pace and work rate with his kick chase and some nice efforts with ball in hand. The Coleg Sir Gar former pupil didn’t have a huge amount of opportunities or space to display his abilities though.

All three of Leicester’s young talents played the full 80 in an impressive showing against Harlequins. Former Brooksby Melton student, Martin, contributed with 14 tackles and was a physical presence in attack throughout the game as well as adding a terrific line out steal to boot. Once of Kirkham Grammar, Kelly continues to look like a quality inside centre on both sides of the ball in his 7th consecutive premiership start. The Irish age-grade international also topped his fellow backs with 11 tackles to his name. Norwich School former pupil, Steward had a slightly quieter game by his standards but was solid at the back and linked well when Tigers attacked wide.

Introduced just after half time, Obonna can be pleased with his display for Falcons. The RGS Newcastle old boy finished his try well from turnover ball and the threat of his pace and lateral quickness was evident on a couple of occasions. The winger didn’t shy away from defensive duties and forced a knock on after a quality tackle out wide.

Both of Northampton’s exciting youngsters started on the wings with Freeman playing the full 80 in a tight match. The former Moulton College player worked incredibly hard throughout the game, finishing with 12 carries and 10 tackles and was a constant danger going forward. Sleightholme was quieter on his wing and was substituted after an HIA after 53 minutes but the former Northampton School for Boys star still contributed with some hard carries and a nice grubber and chase to put the opposition under pressure.

Coming on at fullback with 10 minutes remaining, Lloyd slotted in seamlessly into Bristol’s dominant attack. The Bears finished strong and the former Clifton College student used his footwork and distribution to cause Gloucester’s defence even more problems.

It was a much tougher day for Rees-Zammit this week after his performance against Northampton. The former Hartpury player spent much of his time defending Bristol’s many attacking options but used his pace well to track down wide players and chase kicks, particularly with his team down a man after just 15 minutes. Varney (ex Hartpury) and Clement (ex Cheltenham College) were brought on with just over 10 minutes to play and both worked hard and showed endeavour to have an input on the game but with Bristol in full flow, there was little any player could have done to turn the tide.

Ben Donnell started at openside versus Exeter and impressed with his all-round game despite a 10-minute hiatus for an HIA. Once of Peter Symonds College, the flanker carried and tackled hard and scored an excellent try with quick thinking and a strong surge for the line. Leighton Park former pupil Munga offered a solid option in the line out as well as a physical presence in attack before being substituted just after half time. Cokanasiga started at inside centre and showed glimpses of his power and elusiveness against Chiefs. A product of St Paul’s Catholic College, the 19-year-old had less space than he did against Newcastle but was still able to be effective and finished with 5 defenders beaten on the day.

Capstick came on for Simmonds at the base of the scrum in the 72nd minute and didn’t let up despite the game being well in hand. The Exeter College alumnus added 4 tackles and brought typical energy around the park.

PrevPreviousSchools Rugby: NextGenXV to Live Stream Reed’s v Felsted
NextStepping Up: How did the U21s get on in Round 3 of the Rainbow CupNext