U18 Academy League: Team News & Fixture details ahead of Round 3 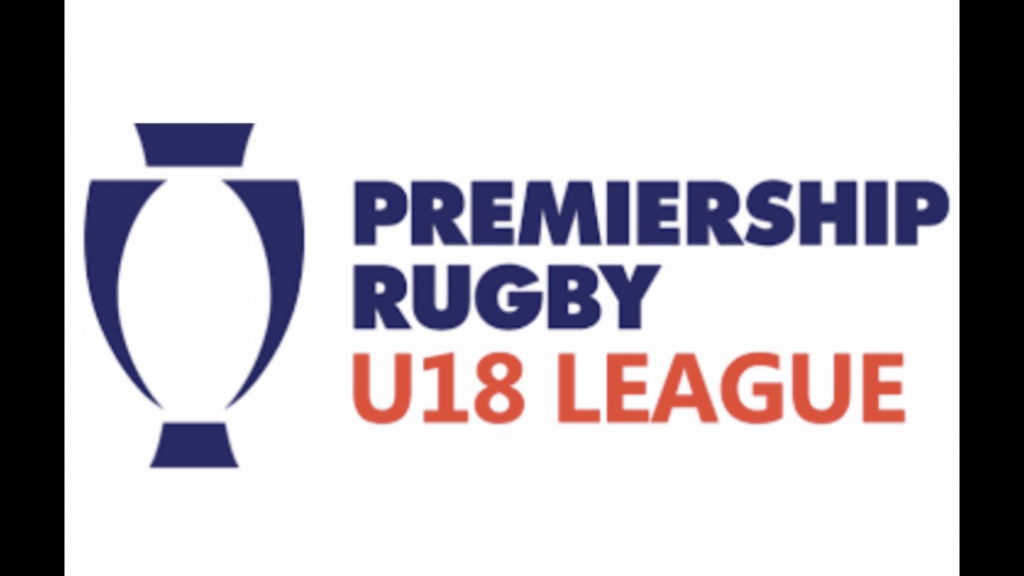 The U18 Academy Fixtures return this weekend for the penultimate round of this shortened season, after a week’s absence allowed players to play for their school teams.

All fourteen Academies are in action again, having each already played twice in this four game mini-season. Twelve sides are in action on Saturday, before the weekend’s action is rounded off at 1pm on Sunday as Saracens host Bristol Bears at the StoneX Stadium.

This game opens the weekend’s U18 Academy rugby, with Gloucester welcoming Wasps to Cheltenham Tigers RFC at midday on Saturday. Gloucester head into this one off the back of a good victory at home to Wasps, following on from a narrow defeat to Leicester Tigers, who have won the last three U18 Academy League titles. Wasps, meanwhile are looking for a first victory of this mini-season after defeats to Yorkshire Academy and Newcastle Falcons, from which you can see some highlights below.

Wasps are one of four sides that are yet to announce their team at the time of writing, but Gloucester have named theirs, skippered once again by Sir Thomas Rich’s Rob Nixon. They include a number of young players, among them Dean Close winger Ben Peters, who only turned 17 this week.

The first of three 1pm kick offs on Saturday sees the three in a row champions Leicester Tigers host Sale Sharks at Loughborough University. Tigers bounced back from a narrow defeat in week 1 to Gloucester with a strong performance away at Bath in Round 2, while Sale Sharks have had a similar opening two rounds, going down to a strong Newcastle Falcons side before bouncing back against Yorkshire Academy.

Sale are another of those sides that, as of yet, have not published their team, but Leicester Tigers are using this one to give a number of their U17 players an opportunity to pull on the famous hoops. The likes of Fergus Makepiece and Joe Woodward start, while U18 stars such as Stamford’s Seb Smith lie in wait on the replacements bench.

Northampton Saints have been playing some fantastic rugby through the last few weeks, opening with a thrilling 34-31 defeat to Saracens before a good 22-15 victory over Harlequins last time out. London Irish meanwhile went down to Harlequins first time out and then ran Saracens close last week. With the game taking place at Franklin’s Gardens, it should be a fantastic experience for both sides – the real purpose of these U18 game after the year that has been.

Northampton Saints will be led by Oundle number 8 Geordie Irvine, one of a number of players with Senior Academy contracts for 2021/22, among them Jake Garside of Norwich and Matty Arden of Stamford, who are both on the bench, and Colchester RGS’ Tom Lockett, who starts in the second row. Look out to for the likes of flying left wing Frankie Sleightholme of Northampton School for Boys, too. London Irish meanwhile also include some of their 2021/22 Senior Academy promoted players, Wellington College’s Monty Bradbury at fly half, Hartpury College’s Mikey Summerfield at tighthead, and Pangbourne College’s Calum Scott on the bench.

Yorkshire Academy continue to be one of the most engaging academies of all, and their season started well with a win away at Wasps before a good game against Sale Sharks last time out. Now they take on Northern rivals Newcastle Falcons, who are two from two and absolutely flying.

Packed full of players from the likes of St Peter’s York, Hymers College, and Woodhouse Grove, Yorkshire include captain Ben Copley from Hymers College, alongside some star players such as Rishworth fly half  Tom Parkin, St Peter’s York Olly Tomalin at number 8, and Woodhosue Grove prop Ned Hawker. Newcastle Falcons, meanwhile have mixed up their team, the forward pack in particular with senior academy contracted players Marcus Tiffen, of Ausin Friars, and Guy Pepper, of Barnard Castle, on the bench alongside the likes of RGS Newcastle prop Mark Dormer. In the starting line up Durham’s Ewan Greenlaw is again at inside centre, with Sedbergh’s James Naylor, a recent Brown Blazer recipient, against at 9.

An hour after those three games comes Bath’s trip to Exeter Chiefs. Exeter have enjoyed a strong start to this campaign, with a good win away at Worcester to open up before beating Bristol Bears in a thrilling 24-22 game last time out. Bath, meanwhile, also beat Bristol Bears before missing out in a cracking game against Leicester Tigers last time out.

Exeter Chiefs are yet to publish their team for this first home game for them, however Bath’s has been released. They are captained by Beechen Cliff blindside Mackenzie Graham, and look out for his partnership on the flank with Dauntsey’s Tom Ahl. Elsewhere Millfield duo Ciaran Donoghue and Sam Harris play at full back and fly half respectively, the two have really shown their versatility in recent weeks. Look out too for Ieuan Davies at scrum half, Davies is an U16 but stepping up to take on the U18s, a real sign of his potential.

The last game on Saturday sees Quins host Worcester Warriors at Cobham RFC, kicking off at 3pm. Quins arrive having had two good performances, a victory over London Irish and a close defeat to Northampton Saints, highlights of which are below. Worcester Warriors, meanwhile, are searching for a first victory after missing out against Exeter Chiefs and Gloucester, despite some impressive rugby in both games.

Worcester Warriors have, once again, not yet published their team. Harlequins have published their though, with King’s College Canterbury centre Ludo Kolade and Seaford College lock Jonny Green co-captaining the side. Their side is packed with exciting talent, but look out especially for the combination of Hampton’s Jamie Benson at 10 and Epsom College Bryn Bradley at 12, who played against each other last week (you can see highlights of that below). Meanwhile the back three is hugely exciting, with Wellington College’s Cassius Cleaves, John Fisher’s Connor Oresanya, and Whitgift’s Connor Slevin combining. The two are also playing at U17 level at Saturday lunchtime, you can see Harlequins’ side for that, with a huge number of Gordon’s pupils, at the foot of this article.

Saracens and Bristol Bears round off the weekend at the StoneX Stadium on Sunday, kicking off at 1pm. Saracens have had a cracking start to this shortened season, winning two tight games against Northampton Saints and London Irish. Bristol Bears are yet to win but have not lacked for ambition or excitement, missing out in close thrillers against both Bath and Exeter Chiefs.

Saracens are skippered by Sutton Valence number 8 Nathan Michelow, one of three Sutton Valence players in the starting side. In the backs there are a couple of players with familiar surnames to Saracens fans, Berkhamsted’s Jasper Sorrell and St Albans’ Charlie Bracken, while up front they are bursting with top players such as Felsted’s Obinna Nkowocha, Oaklands College’s Zack Hill, and Haileybury’s Ehimen Osebor, to name just a few. Bristol Bears are captained by SGS Filton College openside, Jamie Collier. He is one of five players in the side that are park of Bristol Bears’ Scholarship Programme, George Taylor of Bristol Grammar in the second row, Colston’s JJ Williams at scrum half and Tomas Gwilliam on the bench, and Collier’s fellow Filton teammate Tom Simms at loosehead. They also include Clifton College’s Jac Lloyd, who joins the club as a pro this summer.

PrevPreviousU20 Six Nations: BBC in exclusive discussions to broadcast U20 Six Nations from 2022
NextJunior Springboks back in actionNext