U18 Academy Update: 3 head into final weekend unbeaten after a joyous weekend of rugby 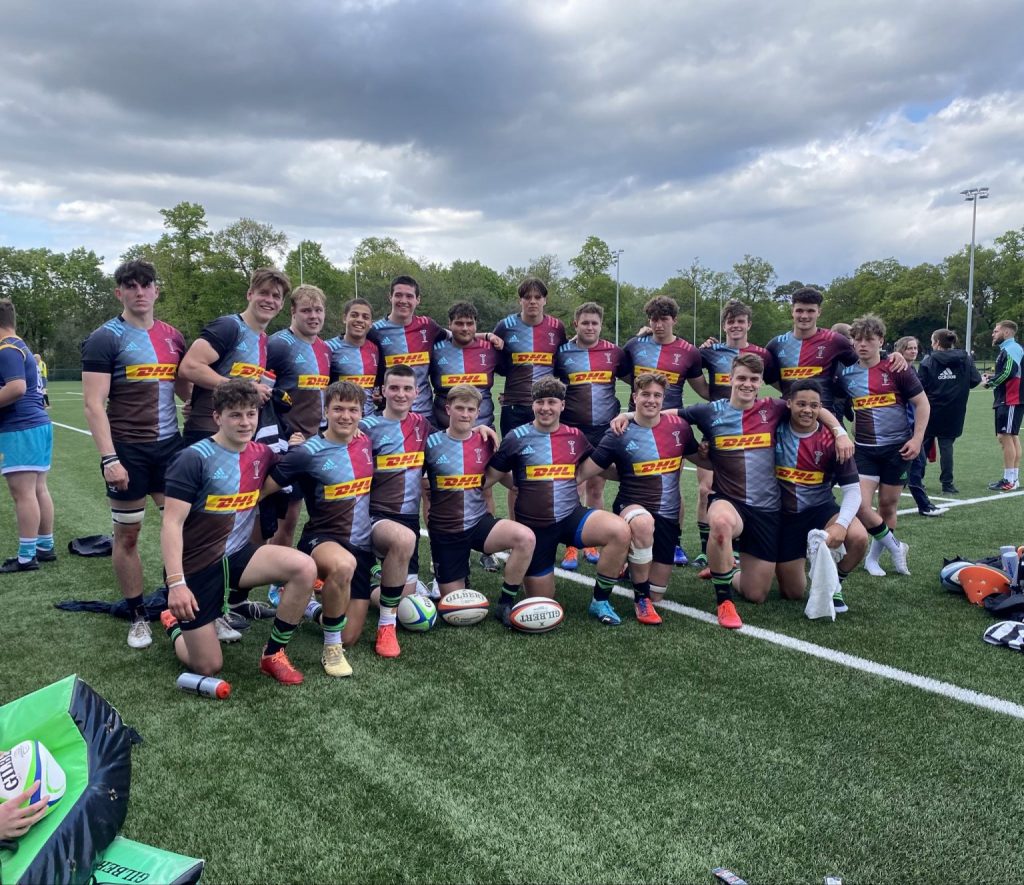 It was the penultimate weekend of the truncated U18 Academy League season on Saturday and Sunday, with all fourteen Academies in action.

Eleven of the fourteen sides released their teamsheets ahead of the weekend’s action, looking to help give players a good send off from their time in the U18 Academies. For so many involved this will be the last time that they pull on a professional jersey, so credit to the sides that have tried to make it as special as possible, the likes of Yorkshire Academy with their social media drive, Newcastle Falcons turning it into a bit of a ‘Last Dance’, and Northampton Saints with their strong showing of photos and highlights, to name just a few.

Next week will be even more special, the last U18 Academy games of the season, whether players are moving into the Senior Academy, moving on from the academy, heading to University, or anything else, it will be their last game together. Let’s hope the players get the recognition and promotion that they deserve.

Gloucester made it three from three on Saturday with a stunning 41-17 victory over Wasps, adding to previous victories over Worcester Warriors and Leicester Tigers, with Rob Nixon, Morgan Adderly-Jones, Tom Bridge (who has only recently recovered from an ACL injury), and Tom Worts their try scorers, along with a brace for outside centre Iwan Glynn. Meanwhile Shiplake College’s Fyn Brown, this week playing at blindside, was one of Wasps’ try scorers, Brown is one of five players in the starting side for Wasps that have signed pro terms ahead of the 2021/22 season. Dan Barnett also scored for Wasps as well as Rugby School flanker Kofi Cripps, another of those soon-to-be pros, but there was little that Wasps could do, especially in the second half, to stop the Gloucester onslaught. Gloucester go to head to head in the final round of games this week with one of the other two unbeaten teams through this 3 game stretch, Exeter Chiefs. They travel to Truro College for this one, with the winner likely hoping that Saracens fail to win their game, leaving them as the only unbeaten side of the 14 Academies.

Leicester Tigers made it back to back victories with a thrilling 38-34 defeat of Sale Sharks at Loughborough University on Saturday, despite fielding a side that was entirely U17 in the starting lineup. Finn Carnduff and Chester Owen opened the try scoring for Tigers, before Carnduff added a second after half time, with replacement hooker Max Nolan also scoring a brace. Sale Sharks unfortunately did not publish their side once again. They were looking forward to this one having performed well against the Yorkshire Academy a fortnight previous, however despite a late flurry of points, they could not quite get past their Leicester Tigers side that have won or shared the last three U18 Academy League titles.

After a thrilling loss to Saracens in week 1, Northampton Saints are now flying following two impressive victories over Harlequins and now London Irish. A number of their side were playing their last games for Saints, and they certainly put in the effort there were tries from Ipswich’s Harry Rayfield and Norwich’s Jake Garside, one of several players in the squad to be turning pro this summer, but the big story was a hat-trick from KES Stratford full back George Hendy. Saints were clinically in picking off on loose London Irish play, but London Irish will doubtless be keen to bounce back in their last game this weekend after three relatively narrow defeats.

Two sides that have really worked hard to ensure that these games are really special for all of those involved, and two sides that came in with some good form behind them. Yorkshire Academy almost looked set to no longer exist a year ago, but in week one they beat Wasps and last time out had a cracker against Sale Sharks, while Newcastle Falcons arrived with two superb wins from two over Sale and Wasps. On Saturday though, Yorkshire were fantastic, as you can see below. Newcastle had changed their squad up a bit but this passionate young group from Yorkshire but in a massive shift and will now be seriously looking forward to their game against Northampton Saints.

Exeter Chiefs made it three from three on Saturday with a superb 40-21 effort against a really strong Bath side, who had beaten Bristol Bears and run Leicester Tigers incredible close. Dylan Arthur, Frankie Nowell, and captain Jack King helped them to a 19 point lead before Ben Adams closed the gap a little for Bath. However Exeter almost killed the game off in a seven minute blitz through tries from Archie Fleming, Ellis Baldry, and a second from King, with Ben Hammersley converting all three for a 40-7 lead. Bath showed their stell though, scoring tries through George Shaw and Byron Gilmour to narrow the final score to 40-21. Exeter now have a chance to finish this mini-season unbeaten when they face fellow unbeaten side Gloucester this weekend.

Harlequins and Worcester Warriors went head to head on Saturday in two games, at U18 and U17 level, with Harlequins coming out on top in both games scoring an impressive 7 tries in the U17 game for a 45-22 victory, while in the U18 game they went one better, scoring eight tries to win 56-12. It was certainly a satisfying afternoon for academy coach Chim Gale, who used to work at the Worcester Warriors academy prior to moving to Quins. Worcester had plenty of top players on show too, including Chieck Kone in the second row, who recently earned a senior academy contract, but Harlequins were stacked with classy players, from Jamie Benson and Cassius Cleaves to Bryn Bradley and Connor Slevin, via the likes of Nathan Jibulu and Will Hobson in the pack, not to mention co-captains Jonny Green in the second row and Ludo Kolade in the centres. It was a second superb victory for Quins, who opened this mini-season with a good one over local rivals London Irish, and was a strong way to bounce back from a close defeat to Northampton Saints last time out.

Saracens made it three out of three to join Gloucester and Exeter as one of just three sides to go three from three, with Micaal McFarlane, Fancis Moore, Ehimen Osebor, Charlie Reynolds-West, and Nathan Mitchelow all crossing the whitewash at the StoneX Stadium. Bristol Bears meanwhile showed plenty of promise, with tries through Tom Simms and Tomas Gwilliam, but ultimately just could not quite keep their accuracy as high as they wanted throughout, while a three try fifteen-minute blitz in the first half helped Saracens to get a real foothold in the game, forcing Bristol to force things a little more than they might have wanted to.