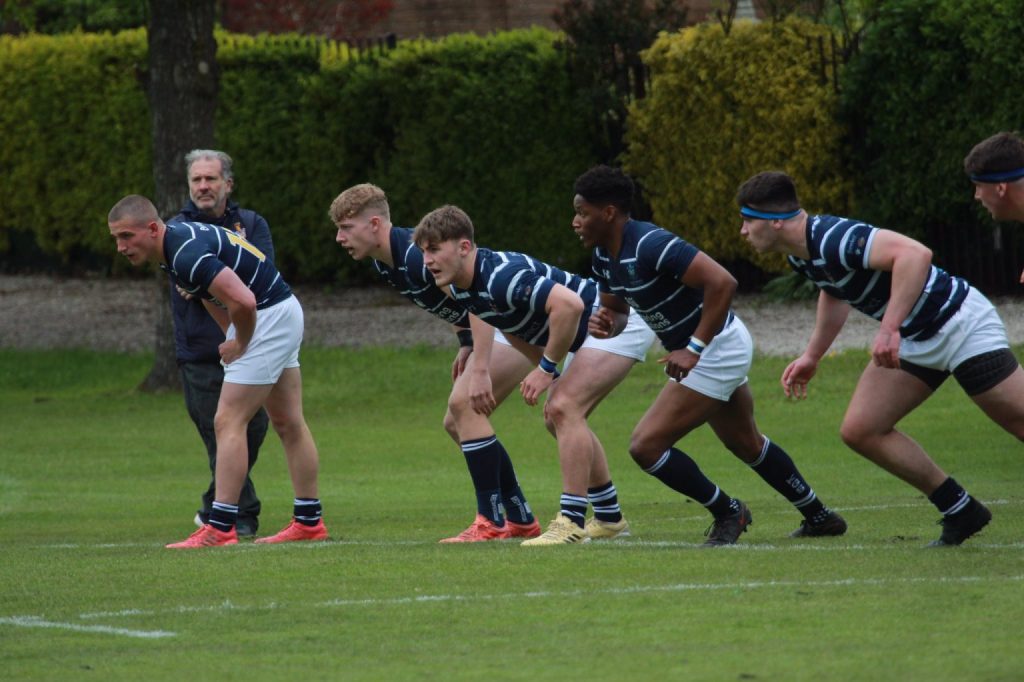 The 2020/21 Schools Rugby ‘mini-season’ in England finishes at the end of this month, and in effect on Saturday as that is when the last of the fixtures takes place.

We will be previewing the games on Friday and Saturday shortly, as well as giving you build up to Friday evening’s live stream of Reed’s v Felsted and looking ahead to the U18 Academy games, with at least eighteen schools set to give their U6th players a run out for the last ever time.

Here we take a look at what has been happening over the last week, where a number of teams played their final games.

Undoubtedly the last year or so has been nightmarish from a schools rugby perspective, and of course so many other perspectives, over 400 days passed without a game of school rugby, longer for those not involved in Cups or 7s tournaments last year. Pupils at many schools lost an entire year of rugby, with many schools not able to get something going for this summer term mini-season. It’s not that the game itself not being played mattered, it’s that what young players can get from the game was so stripped back over the last year, the camaraderie, the pride in the shirt, that sense of a collective effort with your mates, playing for a history that in the cases of many schools is longer than the history of the RFU itself.

Schools rugby is about more than the matches, it’s about the game as a whole, and that is why it has been so great to have this handful of games for the last few weeks. Pupils in their U6th have had a chance to pull on the shirt and run out alongside their mates one last time, these are special moments in the life of any player, they last and they mean something. Younger pupils had the chance to make their debuts and to play alongside some of those older pupils for the first time – a chance many likely thought may not come.

To the rugby, though, and a quieter Friday than we will see this week as the U18 Academy games really took most of the playing numbers.

As a result Millfield and Beechen Cliff went head to head at U17 level, with both sides demonstrating the promise that they have ahead of next year in a really tight encounter that went 17-14 in Beechen Cliff’s favour. With Millfield, as ever, facing some great fixtures next year and Beechen Cliff fronting up in the ACE League again, these two are going to be grabbing plenty of headlines come September.

Friday also saw Hampton and Wellington College go head to head. Both sides have been competing throughout this mini-season despite contributing plenty of players to Harlequins and London Irish and on Friday evening they were each shorn of huge numbers of players. It was a hugely spirited game, both sides playing young teams and there were a number of debutants on the field, every young player was determined to make an impression in the shirt while the older lads all knew this was their penultimate game. It finished up 26-7 in Hampton’s favour, and it has to be said that it is another superb performance from the South West London side, who have really impressed in their games so far in this block of fixtures.

At the end of last week there was also another U20 International fixture, though once again there was little information about it. Both the English and Scottish Unions have decided to keep public information to a bare minimum, zero, on these games as they are training games only, non-capped, and under adapted laws and squad sizes. It remains a great shame, though it should be said that both have communicated their reasoning, proper game or not. Nevertheless some info did worm its way through, England U20 backing up the previous week’s victory with a 27-7 victory against a Scotland side that contained a number of familiar faces to those they were opposing. With the U20 Six Nations beginning in less than a month, expect squads to be announced in public in the near future.

Tuesday saw Beechen Cliff return to action against KES Bath and what a thriller it ended up being as both teams’ U6ths pulled on their shirts for the final time. They played like it, too, with tries raining in as each side gave everything they possible could. Beechen Cliff took it, but it was a sign of the game that it was by a solitary point as the side shared 57 points leaving in Beechen Cliff 29-28 KES Bath.

Wednesday was massive, huge number of players played their final game in school colours and the performances reflected that, full of passion and pride and with no little skill.

Kirkham Grammar School displayed, once again, what a force they would have been this year had they had the opportunity. They took on Sale Sharks ACE side Myerscough College and had an astonishing 77-0 victory. It has been a pattern for Kirkham through this period, such has been their effort and skill throughout. For Myerscough it was a tough way to finish, though a number will have a chance on Saturday in Sale colours, but the reality was that it was all about having a run out as a collective for once last time.

There were some other school vs ACE clashes around the country on Wednesday, Gosforth Academy, the Newcastle Falcons ACE side, took on Hartlepool 6th form College in a really special occasion for both. Gosforth came out on top, their free-flowing rugby always a handful to stop, but again it was all about the opportunity to wear the shirt one last time.

So too in the Clifton College v Hartpury College game, two schools right at the top end of the schools and ACE trees respectively. It was a top encounter, both pouring energy into the game, Hartpury, the Gloucester ACE side, came out on top by an impressive 44-14 margin in the end, but both sides ought to have left with a real sense of pride in what they have achieved over the last two years, and longer, in their respective shirts.

Elsewhere Coventry College pulled on the shirt for the last time ever at home to Hereford 6th form College and a classic encounter unfolded, with the sides barley able to be separated. Hereford had won the Virtual Rosslyn Park 7s a couple of months ago, but couldn’t quite secure victory on the field on Wednesday as Coventry College finished their time with a 22-19 victory, a game that both should be proud to finish on.

There was a fantastic triangular event between KES Southampton, Ryde with Upper Chine, and Lord Wandsworth College on Wednesday too. No results were recorded, but with all three pulling on the shirt for the final time this year, it was a day of celebration, enthusiasm, and enjoyment that certainly lived up to all the hopes and expectations.

Similarly in the Midlands where Loughborough Grammar and Trent College took each other on, there was no score recorded but both sides appeared to utterly revel in the opportunity to pull on the shirt one last time, to play alongside their mates, represent the history of the school, and, simply, to have a good old run around on the field. It has been that type of month, where the joy of being back has been the overriding emotion.

Finally to a cracking game between Bryanston and Bishop Wordsworth’s, for Bryanston a final game, for Bishop Wordsworth’s the penultimate ahead of Friday’s clash against Marlborough College. Two sides that over the last decade have had some huge moments and each played with the spirit of those past sides well and truly at the core. Bishop Wordsworth’s were perhaps a little more rugby-hardened, having played a ‘Stayers v Leavers’ game the week before, and that showed up a little in the 10-0 final score in their favour. It was a real test for both though, with each side keen to get stuck in on the physicality after so long out, and it was only a monstrous defensive shift from Bishop Wordsworth’s that could keep Bryanston out.

It’s a massive couple of days coming up, with the final round of U18 Academy games taking place, as well as the last school fixtures, with at least seven games taking place on Friday before a high-level festival at Esher RFC on Saturday between Epsom College, Millfield, Sedbergh, and Whitgift.

We’ll have previews of all that alongside our preview of tomorrow night’s live stream between Reed’s and Felsted, which kicks off at 5pm.

PrevPreviousU18 Academy Update: 3 head into final weekend unbeaten after a joyous weekend of rugby
NextSchools Rugby: Preview ahead of the final school rugby action in EnglandNext