Schools Rugby: Preview ahead of the final school rugby action in England 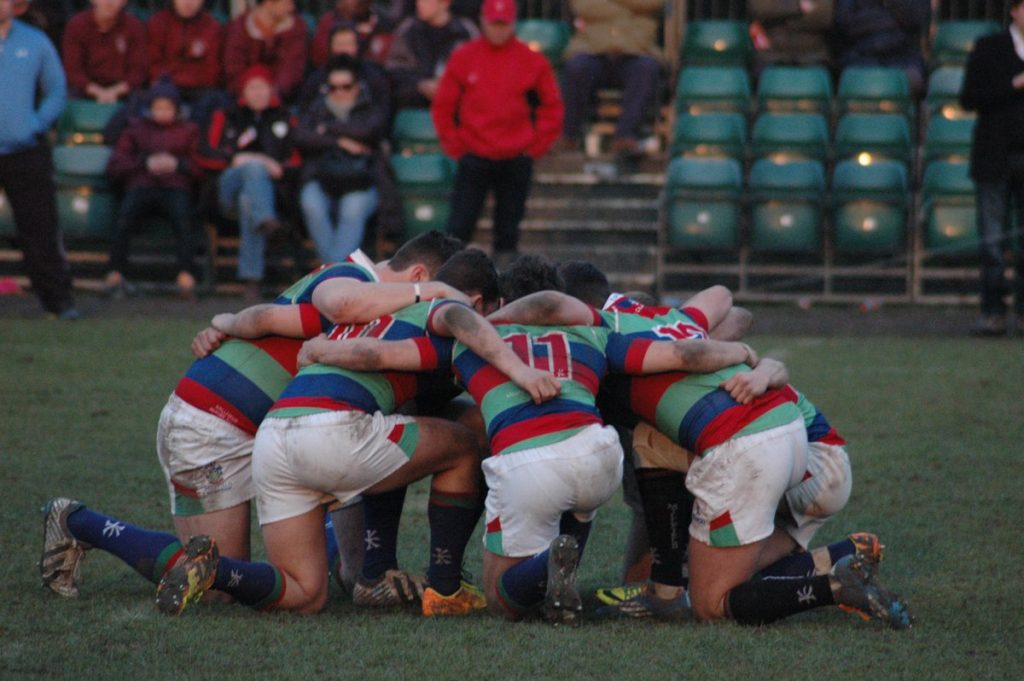 A month after the first games of school rugby in England in well over a year, this mini-season will draw to a close on Saturday.

It has been a joy, having rugby back after so long has added a big dose of normality to an otherwise topsy-turvy world that has been so needed by all. In a year where it seemed that there would likely be no school rugby at all, this month has felt like a celebration of all that is good about school rugby, it has been magnificent.

More important, though, has been what this month has meant to those taking the field. For so many it looked as though they might never get the chance to pull on their 1st XV shirt, that they might never get that sense of pride, camaraderie, a sense of your place in the schools rugby history, and the chance to play alongside your mates. For all the talk in recent years of development and keeping players in the game long term, it is that inescapable feeling and emotion when representing your school as a band of brothers that is the essence of school rugby. That feeling is everything, and too often in normal seasons we are all guilty of failing to convey that in favour of pseudo-management speak that satisfies social media and the top of the rugby chain.

Take Hampton’s Jamie Benson. A sensational rugby player, a potential Oxbridge Scholar, Head Boy, and almost unable to speak through emotion after Hampton faced Epsom College such was his pride in playing alongside his mates and representing that jersey, in the knowledge that that had been his last game due to U18 Academy commitments. That emotion is school rugby it’s what separates school rugby from every other level of the game.

This month long mini-season has brought that feeling front and centre, and over Friday and Saturday it will be there even more so, with at least eighteen schools in action, and a huge number of players playing their final game of school rugby. We will see the sheer joy in being able to play again, the pride at being one of the chosen few, the collective will to give everything. There is no question of ‘if’, it has been seen in every single game this month.

Friday will be a massive day and we will be coming to you from one of the last games of the day via our Live Stream of Reed’s v Felsted, a 5pm kick off meaning that all bar one of Friday’s games should be wrapped up by the time that game kicks off, which ought to mean that we can convey what has been happening to you live.

We will be previewing that game separately ahead of the live stream, but it should be a fantastic game of school rugby with which to convey to everyone the jubilation for players at having been able, finally, to run out on the schools rugby field one last time.

Ahead of that game are some crackers, not least the 1pm kick off between Warwick and Dulwich College, two absolute giants of the school game. These two are not regular foes, the last time they met was an 8-7 victory for Warwick back in 2015, but they have been at the top of the schools rugby throughout the past decade. Indeed between them they collected 5 U18 Schools Cup titles from 2012-2018, Dulwich College winning three in a row in 2012, ’13, and ’14, Warwick going back to back in 2017 and ’18, fuelled in spirit, perhaps, by a huge Dulwich College performance against them in the 2014 final. These two have been a part of the story of schools rugby in England for so long now, that they go head to head in the one and only game of 2020/21 for each school could not be more fitting. It will be an epic afternoon.

Kicking off at the same time are Wirral Grammar School and St Anselm’s College. It’s the second and final game of the season for both teams, for St Anselm’s it comes a month after a magnificent performance against Birkenhead, while for Wirral Grammar it is just ten days since their cracking game against Manchester Grammar School. It will be a huge occasion, both sets of players have such huge pride in what they do and what they represent, and each school has been on top of the world as simply being out there again. It ought to make for a brilliant game of rugby for these two sets of players to sign off on their school careers on.

The third and final 1pm kick off is another belter of a game, Marlborough College v Bishop Wordsworth’s. It’s a first game for Marlborough College, who received their 2020/21 stash just a couple of weeks ago, while for Bishop Wordsworth’s it is their second, after they took on Bryanston in midweek. These two are familiar foes, playing each other yearly on the circuit, and share plenty more besides a regular fixture, Marlborough College’s Head of Rugby, Terry Gilmour, used to head up rugby at Bishop Wordsworth’s. That ought to tell you everything about the spirit that this will be played in, hard but fair, a game between two old friends and rivals that should capture the very essence of schools rugby from start to finish.

Next up will be the 2.30pm kick off between Gordon’s and The Oratory. Gordon’s, in their first year as Harlequins’ ACE side, will likely be without a number of players to Harlequins’ U18 Academy League game on Saturday and yet throughout this period they have been impressive whoever they have available, facing Reed’s twice and Lord Wandsworth College and performing admirably in all three games. The Oratory have been busy too, facing old rivals Pangbourne College in a cracking fixture a few weeks ago. They have a cracking group of players, who have been so unfortunate not to be able to play. Both teams have been keen to give their players the experience of school rugby one last time, and it should make for something special.

As that game moves into the second half, Hampton and Brighton College will kick off at 3.15pm in one of the games of the day. It is a first game of the season for Brighton College, and under the stewardship of Nick Buoy it can be guaranteed that they will be itching to take to the field and will be unleashed to have a crack in as adventurous a way as they see fit. So too Hampton, who have, along with Kirkham Grammar, been arguably the team of this mini-season. This is their fifth game, having performed outstandingly well against St Benedict’s, Whitgift, Wellington College, and against Epsom College in our last live stream – highlights of which you can see below. Director of Rugby Sean Thomson spoke about school rugby after that game with such passion that it is little wonder his charges have been so good. It is likely that both sides will be missing players, but expect that to mean little drop in quality from these two, who are on each others’ regular circuit too.

The only game that will kick off after our live stream of Reed’s v Felsted, and both the first and last game for these two familiar foes. Games between these two London sides are often close and it seems likely that this will be another close one on Friday night. In reality, though, this is not about the score or the game, this is about two sets of players finally getting to pull on a school shirt after over 450 days and signing off their school rugby careers in style. Passion and emotion will be to the forefront, and rightly so. This is a huge opportunity for both sets of players, and there is no doubt that they will seize upon it.

This most bizarre of school seasons signs off on Saturday at Esher RFC with arguably one of the great concepts in schools rugby in years as four giants of the school game take each other on in a Festival format on Saturday afternoon. Wellington College were originally meant to participate too, but a clash with a school event saw them replaced by Epsom College. All four teams have been in regular action over the course of this mini-season, Epsom College facing Whitgift and Hampton in front of our cameras, Millfield taking on Clifton College and Beechen Cliff, while Sedbergh faced Myerscough College and Gosforth Academy, meanwhile Whitgift have been up against Epsom College, of course, Hampton, and a very special encounter against Wellington College in memory of Seb Adeniran-Olule.

Sadly all four are likely to be without some of their key men due to U18 Academy commitments, one of the key reasons why this Festival is not being live streamed, but for the four sets of players involved it is going to be an absolutely epic way in which to sign off their school careers. That said, having seen the Bath and London Irish team sheets so far, perhaps the sides will have more players than first feared.

Beyond that, though, it is an epic way to sign off this season. Four utterly outstanding sides going head to head in a true celebration of school rugby. Year after year these are among the gold standard in the game, and more often than not four sides that are willing to try things and take exciting risks. It should be magnificent.