Schools Rugby: Final weekend of school rugby leaves all with memories for a lifetime 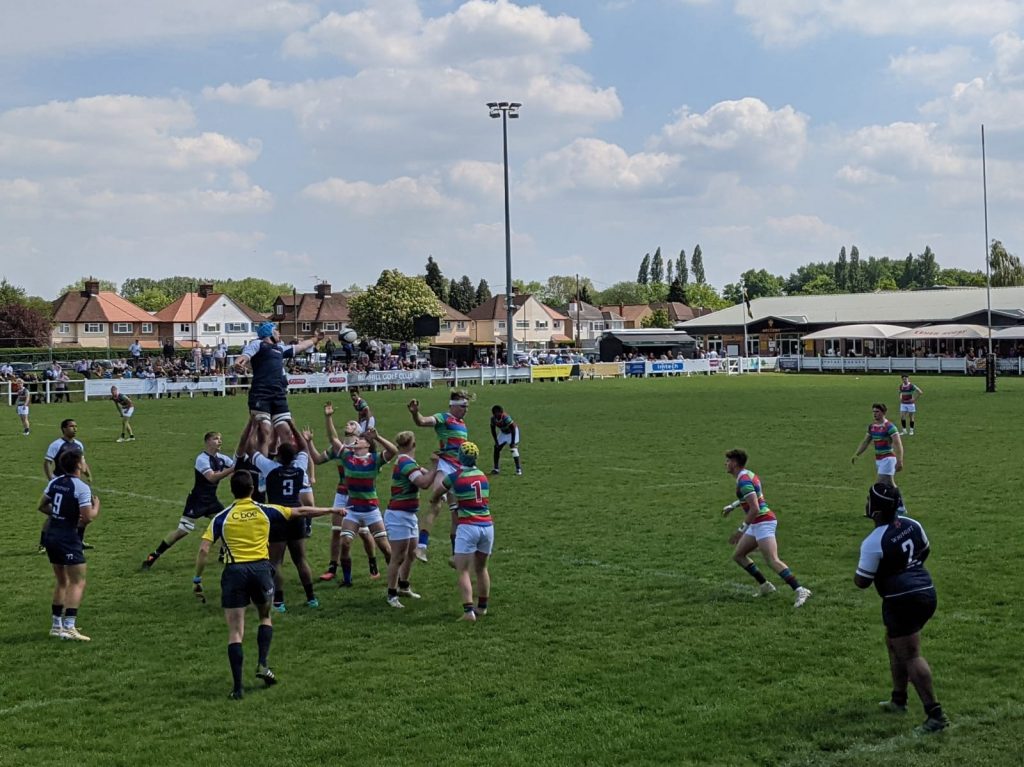 The bank holiday weekend saw the beginning of half term across England, but perhaps more pertinently it also spelled the end of this superb mini-season of rugby that has allowed so many players to pull on their school shirt alongside their friends one last time.

It made for a terrific atmosphere, on the field, around the field, and even across social media as celebration, pride, and no little sorrow at this being the end, were all laid bare across the various areas.

We had the pleasure of Live Streaming Reed’s v Felsted on Friday night, while on Saturday our reporter was at Esher RFC for the Festival between Epsom College, Millfield, Sedbergh, and Whitgift. Across both events, and in everything that was reported to us from elsewhere, everything that makes schools rugby so special was there for all to see.

Our report on the Reed’s v Felsted game concluded with the fact that the most special part of the game was actually the end of the game, with each team having their photos taken by their parents, the joy, the fun, and the pride from all was so clear to see.

Our team was in Surrey for a thrilling evening kick off between Reed’s and Felsted, about which you can read by clicking here, but plenty had gone on before that game had even kicked off.

Warwick and Dulwich College, two of the great sides of the last decade, met in Warwick on Friday lunchtime for their one and only game each of the season. It was a cracker, two sides from whom being out on that field meant everything. Warwick sealed the victory 28-10, but it was the atmosphere of being there and the opportunities for each set of players that was the real highlight as they each ended their school careers on a massive high – the video of Warwick’s players being clapped onto the field was one of the most evocative moments of the weekend.

Also ending on a high are Cardinal Newman Rugby Academy, who have been utterly fantastic in this mini season after their link up with Ealing Trailfinders. They took on fellow Ealing partner side Henley College and were simply outstanding for their 49-0 victory.

Gordon’s are another side in the early stages of a partnership with a pro club, having been Harlequins’ ACE side for almost a year now. They have been in action throughout this short rugby period, as were there opponents, The Oratory. Both teams were in great form, but it was The Oratory that came out on top, 22-12, but once again it was the spirit that stood out, and the celebration of school rugby – the Gordon’s School pipe band led the teams onto the pitch on Friday, helping build an atmosphere that reflected everything that the weekend was about.

That spirit was there in abundance at Marlborough College, too, were they faced Bishop Wordsworth’s. Two sides with plenty of familiarities between them, and two sides whose social media posts reflected exactly what this game meant, particularly to their leavers. It was the only game of the season for Marlborough, while for Bishop Wordsworth’s it was the second of the week, and perhaps that just made the difference as they secured a 12-7 victory.

Elsewhere two sides with plenty of ACE experience went head to head, current Worcester Warriors ACE side Stourport High and former Northampton Saints ACE side, Moulton College. It was another superb game, with tries absolutely flowing in from either side. In the end Stourport took the spoils, 43-26, but the memories and the sheer fun of playing that style of rugby were what it was all about.

Wirral Grammar School made it two wins from two in this summer term festival of school rugby, taking on a strong St Anselm’s College side and coming away with the spoils. Both sides taking plenty of time to pay homage to their leavers, who never got to enjoy a proper final season of school rugby.

Brighton College gave us all a glimpse of what might have been on Friday afternoon when they travelled for their first game of the season to Hampton, a side who have played and beaten Epsom College, Whitgift, and Wellington College in the mini season. Each side had players missing and there was a spirit of try anything, anywhere, but for Brighton College to have returned home with the spoils was a real reminder of what this season once promised. It is why these game were so crucial, every person, every player, deserved the opportunity to pull on the jersey, to be part of that special club. On Friday the players from both sides showed exactly why.

All of that led us in to our spectacular season-ending live stream between Reed’s and Felsted, which we have written about elsewhere, but while that was going on Colfe’s and Latymer Upper were also going head to head. Both were out for their one and only run out of the season, having pulled out all the stops to be able to make it happen. They were rewarded with a superb game and a brilliant atmosphere as they put on some fantastic rugby, Latymer coming out on top 22-5.

Saturday saw the final schools rugby in England of the strangest season in living school rugby memory as Epsom College, Millfield, Sedbergh, and Whitgift gathered at Esher RFC for a four team festival. All played in the context of the memory of former Sedbergh star Henry Foster, whose tragic death was only announced a few days earlier, and in whose memory a huge amount of money has already been raised.

With that in mind, added to the already mentioned atmosphere around these final school games, it was already going to be a special occasion, but with Esher also playing against Loughborough University and Cambridge University it was a guarantee that this was going to be one of the greatest events of this little 2020/21 season.

It all kicked off with a spectacular performance from the Sedbergh 2nd XV against Whitgift’s 2nd XV before the Festival itself then kicked off, and what unfolded was a brilliant competitive, well spirited, and high quality six games of rugby.

Sedbergh looked strong early on, taking on an Epsom College side that our cameras have seen play some glorious rugby this year, we then had an epic encounter between Millfield and Whitgift, ending up with a 7-7 draw thanks to a touchline conversion in the final play to level things for Millfield. It was that kind of day.

Whitgift’s next game saw them back up their victory earlier in the month at Epsom College with a 12-7 victory over them in this game, before those two old rivals, Millfield and Sedbergh, went head to head. It was as close as could be. Down 7-5 with minutes left, Millfield kicked a penalty for an 8-7 lead before Sedbergh had a try chalked off at the death to leave Millfield with that one point victory.

Then came yet another spectacular game as Sedbergh and Whitgift went head to head. As the game headed to a close Sedbergh were in the lead and on the attack, but some brilliant defensive work from Whitgift saw them snaffle an intercept on their own 5 metre line and race away to score under the sticks and take a dramatic 17-12 victory.

It left them looking the most likely to win overall, with Millfield knowing that they needed to score 21 points against Epsom College in the final game to share overall with Whitgift, and 22 points to be the outright winners. Another cracking game ensued, Epsom College scoring 15 points, but the question was all about what Millfield would do and in the end they did it just about as efficiently as was possible, scoring exactly 22 points to take the victory in the game and the competition, winning on points scored by a single point relative to Whitgift.

It was another epic day of school rugby, and despite the lingering sadness over the sad loss of Henry Foster, the overwhelming spirit was that of joy at simply being able to play and then, as the day grew on, at the sheer quality and exuberance of what was unfolding on the pitch.

It was exactly why this 5 week window of rugby was so important, and, one suspects, exactly what Henry would have wanted to see.

PrevPreviousU18 Academy Season Finale rains tries
NextStepping Up: How did the U21s get on in Round 20 of the Gallagher Premiership?Next