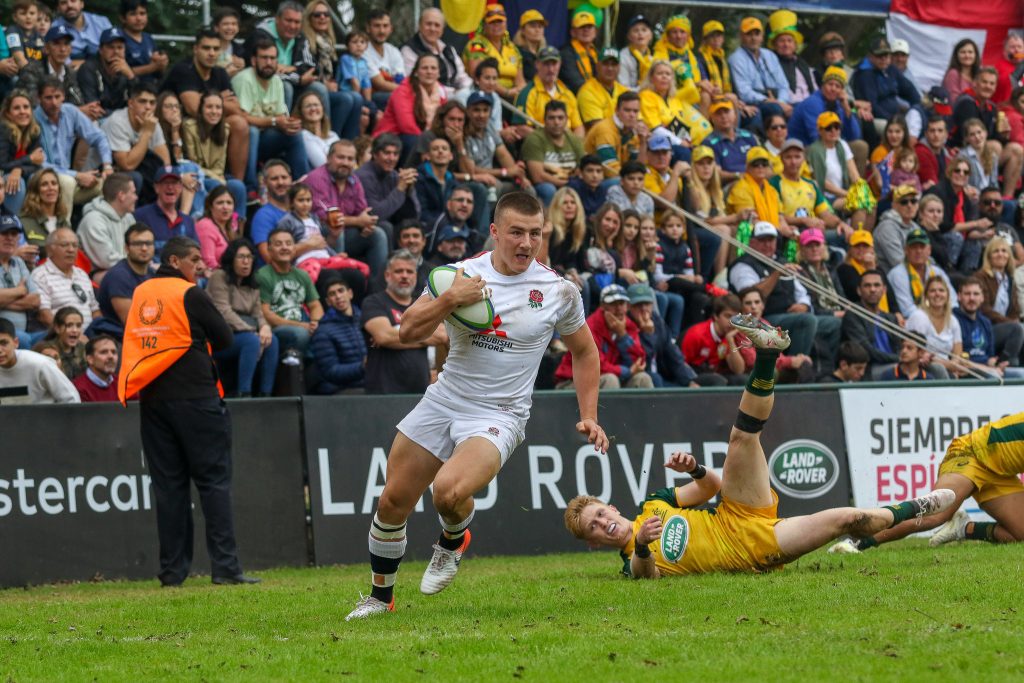 In the penultimate round of the regular season, we saw plenty of action from U21 prospects, making their case for inclusion in the play-offs and for international honours this summer.

Harlequins rested a number of starters, giving chances to four youngsters against a quality Sale side while Worcester involved two electric young wingers as they look to build for next season.

With talk of Rodd being included in Eddie Jones’s squad over the summer, the loosehead made a huge impact off the bench for Sale. His first involvement was a turnover at the breakdown and followed up not long after with a powerful score from close range, squeezing between two tacklers before reaching over to dot down. The former Sedbergh man also chipped in with 2 scrum penalties to heap more pressure on the opposition.

Part of a largely 2nd string Quins side, Oscar Beard made his debut on the left wing and the Cranleigh old boy looked good against Sale’s swift and powerful attack. The 19-year-old tackled well and showed good awareness with his positioning but unfortunately had few opportunities in attack before being substituted just after half time with an injury. Hampton School product Louis Lynagh took his place and was an asset in the kicking game with his aerial ability and kick chase as well as his strength with the ball in hand.

Former Wellington College captain Baxter was introduced at loosehead for the final 15 minutes and put himself about in defence with 7 tackles. Another Cranleigh old boy, Hugh Tizard, came on in the 2nd row but unfortunately was taken off with an HIA just a few minutes later.

Leicester’s three young prospects all played the full 80 minutes with George Martin particularly impressing on the blindside. The flanker, once of Brooksby Melton College, looked dynamic and physical on both sides of the ball finishing with 44 metres made, 10 tackles and a terrific dummy to beat Bristol’s defence. Strathallan product Henderson was a useful line out operator with a nice steal deep inside his own half and was spirited in defence throughout the contest. At fullback, Steward had a mixed day with some nice running and link play in attack but a poor forward pass and missed tackles against Bristol’s all action attack were negatives for the Norwich School old boy. Loosehead James Whitcombe unfortunately didn’t get on with Leicester making use of Genge in the scrum to keep the pressure on late in the game.

Utility back Lloyd came on in the 2nd half at left wing and showed off his quick feet on a couple of occasions to beat defenders and open up space outside him. The former Clifton College student finished with 4 defenders beaten and was a useful impact player for the Bears.

Entering the game just before half time, Obonna played on the left wing and was robust in defence. The RGS Newcastle alumnus didn’t have many opportunities in attack with the game seemingly well in hand and most of the play on the opposite side of the field.

Solihull School product Noah Heward played the full 80 minutes in a solid outing. The youngster was physical in his defence and showcased his footwork and leg drive in attack. His teammate from Coleg Sir Gar, Harri Doel, came off the bench for the 2nd half and his pace and elusiveness were evident as he got himself involved in the midfield and on counter-attacks. Their link up late in the game starting with a Doel counter and ending in a try was a particular highlight for the exciting pair.

With London Irish dominating much of the play early in the game, there were few chances for Atkinson in attack though he offer some good supporting lines on occasion. Starting his 3rd consecutive game at the back, the former Abingdon School star was strong defensively and brave under the high ball showing that he has all the attributes to be a quality fullback.

Recently named Northampton’s young player of the season, Sleightholme started on the right wing and had a nice run early in the game evading a tackler before kicking into space but unfortunately the former Northampton School for Boys star had to be substituted after just 24 minutes with a head injury. Also winning an award as “Breakthrough Player of the Season”, Moulton College product Tommy Freeman played the full match at fullback and showcased his abilities in attack with an excellent carry in the 2nd half. The 20-year-old stepped two defenders before passing to Haywood for the try and also carried hard late in the game as Saints battled to get the win. Emmanuel Iyogun was brought off the bench for the final quarter and impressed with his carrying to get his team on the front foot. The former St Joseph’s College student also held his own in the scrum in a good outing for the ex-number 8.

Capstick came on for the injured Sam Simmonds for the final 15 minutes and defended well against an energetic and aggressive Saints side. Once of Exeter College, the youngster contributed with a powerful carry to keep his side on the front foot in attack and finished with 5 tackles to help his team edge the contest. 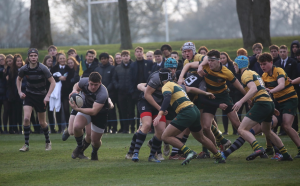