U20 Six Nations: All you need to know, Broadcast, Fixtures, Squads 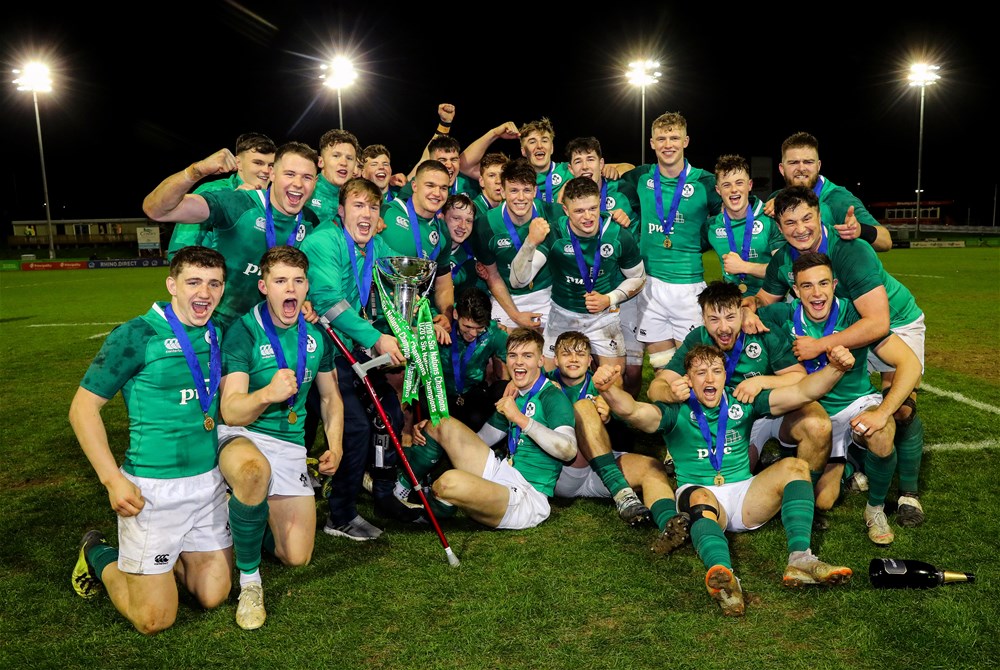 The 2021 U20 Six Nations kicks off on Saturday as defending champions Ireland take on Scotland, England take on France, and host nation Wales take on Italy.

Every game will be available globally on the Six Nations YouTube and Facebook channels, while viewers in the UK will also be able to watch all fixtures on the BBC iPlayer, with Italy v Wales and Scotland v Wales will also be broadcast on BBC Two Wales.

Meanwhile in the Republic of Ireland, Ireland games will be broadcast on RTE. France TV will show France games, and Sky Italia will broadcast Italy fixtures.

England have, as ever, a hugely impressive squad. Among their charges are a number of players with extensive top level experience, including the likes of Jack van Poortvliet and Raffi Quirke, who were rumoured to be close to selection to Eddie Jones’ senior squad. Jack Clement is also included, the Gloucester man has featured in a senior squad, while Charlie Atkinson was a part of the Senior squad’s shadow squad back in the Guinness Six Nations.

Ireland have less top level experience than England, only Alex Soroka, Jamie Osborne, and fly half Tim Corkery have played at provincial level and both are hugely promising players. There are a number of others to look out for though, among them loosehead prop Jack Boyle and scrum half Nathan Doak, who faces plenty of competition from fellow experienced scrum halves Conor McKee and Ben Murphy. Number 8 Alex Kendellen leads the side.

If there is one name that particularly jumps of the page of the Italy squad it is that of Alessandro Garbisi, the younger brother of the senior men’s starting outside half Paolo. Look out also for former Sedbergh back Michele Brighetti, an all round top player across the backline.

France have a couple of familiar names in their forward back, Joshua Brennan, the son of former Ireland international Trevor, and Theo Ntamack, younger brother of France fly half Romain and son of former France international, Emile.

Scotland arrive with what is, in our minds, one of their strongest U20 squads despite missing three key players to injury, Gregor Brown, Matt Currie, and Dan Gamble, and star scrum half Jamie Dobie to the senior Scotland squad. Second row Alex Samuel will captain the squad, and he is one of a number of players that have trained with the senior Scotland squad, former Rugby School star Ben Muncaster among them. Scotland have also secured the services of Elliot Gourlay, the former Kirkham Grammar star that had been a part of the England U20 setup. Look out also for Scott King, who along with Muncaster was a part of our Six to Watch series.

Wales are another side with an incredibly exciting squad, led by the superb Alex Mann. Theo Bevaqua, once of Eastbourne College and Dan John, ex Millfield, return to the squad having been among a number of players to feature as U18s in 2020. John is one of four Exeter Chiefs players in the squad, alongside Ollie Burrows, Dafydd Jenkins, and fast rising star Christ Tshuinza. Among the others that we’ll be keeping a keen eye on is Scarlets number 8 Carwyn Tuipulotu, one of a number of players in these squads that was in our British and Irish Lions ‘Cubs’ squad, his clubmate Sam Costelow, the superb young fly half, and fellow Scarlet Harri Williams, who is still a pupil (and head boy) at St Joseph’s College in Suffolk.

PrevPrevious“One of you boys will be at the next World Cup”: Alan Dickens on England U20, Six Nations, and the step up to the England Senior side
NextStepping Up: How did the U21 players perform in the final round of the Gallagher Premiership?Next