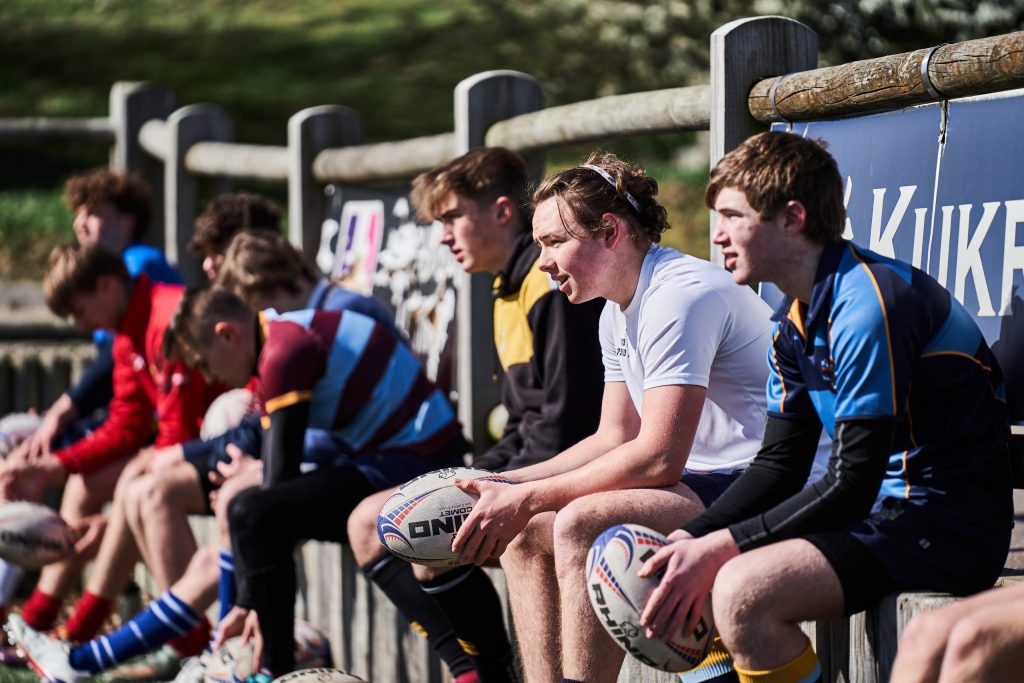 The Alred Trophy Final takes place this Saturday at Nottingham Rugby Club and will be live streamed by us here at NextGenXV.

Run by The School of Kicking and leading kicking coaches including Head Coach Tony Yapp, World Rugby Women’s Player of the Year and England Red Rose Emily Scarratt, and fellow Red Rose Katy Daly- McLean, The Alred Trophy is a competition aimed at finding Great Britain and Ireland’s next best kicker. It was founded by legendary kicking coach Dave Alred MBE, the mastermind behind renowned kickers like Jonny Wilkinson, George Ford, Beauden Barrett, James O’Connor, Stuart Barnes, Jonathan Webb, Matt Burke, Morné Stern, Rob Andrew, and Jonny Sexton. The Alred Trophy is open annually to U18 rugby kickers and is designed to test them on a range of disciplines to gauge their power, accuracy, and performance under pressure.

Following the regional qualifying competitions across April, May, and early June, Saturday sees the top performers head to Nottingham Rugby Club for their shot at being crowned the best young kicker in the country.

The day starts with a series of build up competitions, the Longest Drive, Hang Time, Drop Zone, Target Restarts, and Downtown, before the Live Streaming begins ahead of the main ‘Red Zone’ competition for the Alred Trophy from 2.30pm on Saturday. See details of the various skills here: Alred Trophy Build Up Tests

You will be able to watch it from 11.00 via the link below, where former Gloucester and Leicester Tigers starlet Charlie Beckett will be hosting alongside NextGenXV’s Angus Savage, Will Roberts from Young Rugby, and there will be a chance to hear from the coaches, including Tony Yapp, Freddie Gabbitass, and Adam Staniforth as we bring you all the action from the Alred Trophy including interviews throughout the day.

14.45 will see the first round take place, with all seventeen of the finalists have 5 kicks to make it to the main Alred Trophy final, 3 completed conversions will see them into that final.

At 15.30 the Final will begin and it will be a sudden death format, one miss and you’re out. The last kicker standing will follow in the footsteps of the 2020 champions Joshua Bellamy of Trinity School, whose 2020 run should inspire any with early jitters – he missed his first round 1 kick but went on from there to win the Trophy.

The winner will not only receive the prestigious Alred Trophy, but also a School of Kicking Scholarship, a year’s Membership to Kickers Club, Proverb Deodorant, Rhino Kickers Ball Pack, and a Newton Tube and Bag.

Running Order for the Day

(Up and Under Test) – 5x kicks to Target, 5 points for hitting Target Zone, Points multiplied by number of complete seconds the ball is in the air, ball must land in target.

(Testing Length from the Tee)

Each player has max 5 kicks, 1 from each location. To progress to final kickers must complete 3x conversions.

Sudden Death, if you miss you are out.

Aged between 13 and 17, the kickers will all be competing to be crowned the nation’s best young kicker, and some have already laid down their markers in the regional competitions. 15 year old Jack Willis Greig won the South East competition. The Eastbourne College fly half also has the top score in the hangtime competition from the regionals of 54.2.

17 year old Aston Leaver won a competitive Midlands competition, which includes two other finalists that hold some of the top scores heading into Saturday’s finals, North Leamington’s Tristan Clark holds the highest Target Restart score of 58.95, while Theo Edwards has the top score in the Downtown competition to date, 56.8.

Rhys Thomas of Wales and Jack Winfield of the South West are the two youngest kickers in the competition at just 13 years of age, while Joseph Walsh, Aston Leaver, Tristan Clark, Theo Edwards, and Rohan van de Merwe top the age charts at 17.

A day ahead of the boys event, the inaugural Alred Trophy Girls Competition will take place as six top kickers take each other on to be named the best young kicker in the country.

The Girls are a range of ages, Kingston Academy’s Isabelle Horsfall being the youngest at just 12, while SGS Filton College’s Tillie Westwood is the oldest at 17.

They will be joined by three fourteen year olds, Ellie Redfern of Sunbury Manor, Ashton Adcock of Ibanhoe College, and Ella Croft of Hayling Colley, 16 year old Ella Cromack from The Downs completes the lineup for what promises to be a fantastic afternoon on Friday at Nottingham Rugby Club.