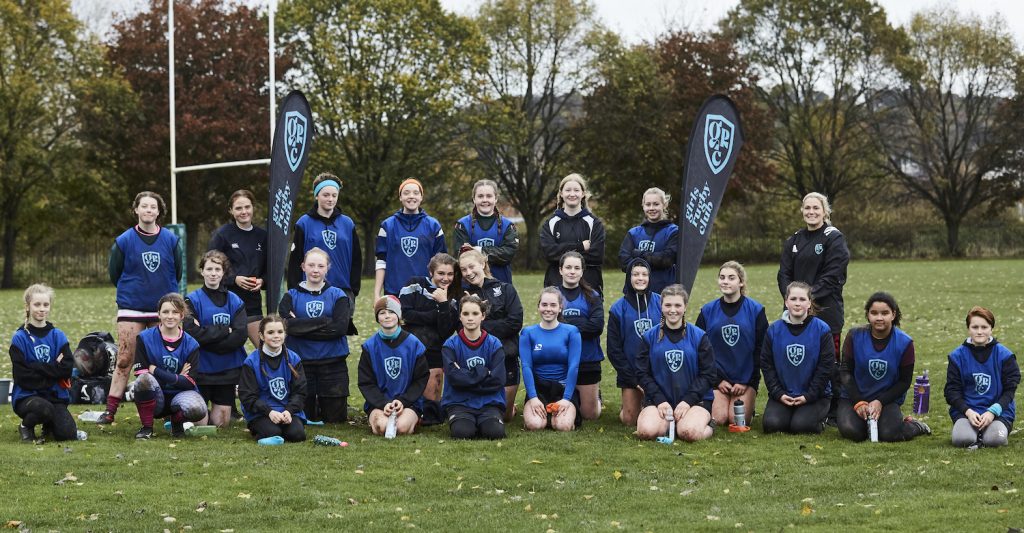 Rachael Burford, the founder of Girls Rugby Club, has penned an open letter to the Secretary for Education, Gavin Williamson, calling for Girls Rugby to be made available on the school PE curriculum or as an extra-curricular activity.

It has long been an issue in women’s rugby that as girls progress through the age-grades they are often only able to play rugby in clubs, and with the number attending those clubs often not enough to make a team, it makes development, enjoyment, and fixtures incredibly challenging, bringing girls rugby out of just the independent and ACE College sectors and into the state sector could help to lessen that problem.

More pertinently though, Burford, who won the Rugby World Cup in 2014, calls for an end to “pigeon-holing girls into stereotypical subjects and vocations”, citing the fact that in a Girls Rugby Club survey, 72% of those surveyed felt that girls were pigeon-holed into ‘female’ sports.

Girls rugby in schools has been growing in the last few years, albeit mainly in the independent sector, one only has to look at the Rosslyn Park HSBC National School 7s for evidence of that, where the two girls competitions have grown year on year, until Covid halted the last two editions of the competition.

That growth has been positive, but the case has been strongly made to continue that growth into the state sector, making it an option for all and not the few. With research by Women In Sport showing that only 8% of 11-12 year old girls meeting the recommended guidelines for physical activity. Burford makes the point that more choice and more opportunities may help keep girls in sport. With World Rugby reporting a 145% rise in female rugby players since 2014, women’s rugby is certainly an increasingly popular activity and it being available in schools would make it far easier for girls to get involved and to reap the benefits that rugby can have on a young person’s life.

Ultimately though, perhaps the key point to Burford’s letter, co-signed by 31 Girls Rugby Club Advisory Board members such as Emily Scarratt, Shaunagh Brown, and Brian Moore, is this: “They deserve the choice”.

ACE League: Round 2 – 4 sides make it two from two