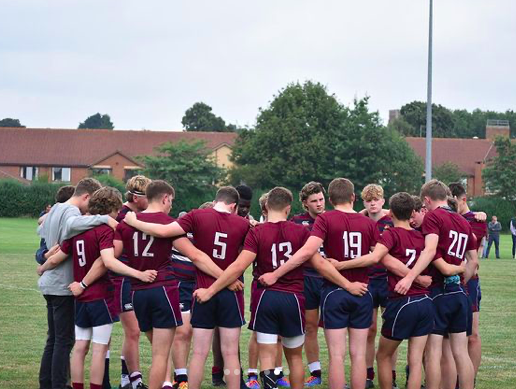 After the excitement of the weekend’s school rugby, the first full weekend of school rugby since early December 2019, the action swiftly moves on in this busy calendar to the busy midweek of action.

It was a stunning weekend of action, which you can read about here: Schools Rugby Weekend Roundup. However plenty were not in action and will take to the field for the first time this week.

Exeter School were one of those that were not in action over the weekend but they feature in the only game on Tuesday when they travel to nearby Crediton RFC for their final pre-season game. It should be a good one, and Exeter are always a side to play close attention to.

Wednesday’s big action will be the return of the ACE League (formerly the AASE League) we will be covering that in a separate article tomorrow ahead of the six games that will be taking place.

There is a former ACE side in action on Wednesday though, with Henley College making the trip to Campion. The former Wasps affiliate side will face a tough outing, Campion has long been known as one of the hardest away games in the country.

Staying in and around London, the impressively growing programme at Hayes will see its side get their first outing of the season as the welcome Robert Clack on Wednesday. Hayes are doing some very impressive things, but Robert Clark will be no pushover. Look out too for St Duntan’s v Cedars, meanwhile St Lawrence College in Kent will be taking on Canterbury Academy in their final pre-season game.

Further north and one of rugby’s most famous names, Stonyhurst College are in pre season action against QES Kirkby Lonsdale, while another famous name, Durham, finalise their preparations against East Durham on Wednesday afternoon.

Elsewhere King’s Gloucester are in action against KES Five Ways, who missed out to Huntingdon RFC on Saturday but will be fighting fit now after that preparation for Wednesday’s game. It is a similar story for Cheadle Hulme, who head to Altrincham Grammar after defeat to Barnard Castle over the weekend.

One of the biggest games of the day though is a Memorial game in Northamptonshire as Kettering RFC host Wellingborough. It will be an emotional few hours off the field, but on the field pay close attention to Wellingborough, who were highly impressive against Bloxham over the weekend.

There is some Schools Vase action a week ahead of schedule in Thursday as Framlingham College and Woodbridge go head to head in Midlands B. The winner will face either Farlingaye High or Northgate High in Round 2, while the losing side in this local battle will drop into the first round of the Schools Bowl competition.

There is another game in Suffolk on Thursday as Ipswich round off their pre-season with a fixture at home to Finborough. Finborough will be hoping to catch this impressively assembled Ipswich side still in recovery mode after a strong performance at Harrow on Friday. There is also a pre-season game in Kent, where Maidstone Grammar and King’s Rochester go head to head with their final preparations.

Perhaps the biggest game of the day, indeed the week, will be Millfield’s trip to RGS High Wycombe. These are two giants of school rugby and they have had some cracking battles down the year, not least a few final at the St Joseph’s Festival. Indeed in 2019 Millfield sent a slightly weakened side at RGS took full advantage for victory, could the same be on the cards on Thursday? Millfield have been impressive in the pre-season tournaments, but RGS will be itching to catch them out once more.

There are some massive games on Friday before an absolutely jam packed first fully competitive Saturday of the season. The school season is back up and running, and it’s already looking like a whole lot of fun!

If you have any school rugby photos, video, reports, or any other content then please do send it in via our social media channels or admin@nextgenxv.com and if you are interested in us live streaming one of your games or an event then please do get in touch!

After a busy weekend of school rugby, it’s on to an intense midweek as the

In previewing this season, we said it would be unpredictable early on but we certainly