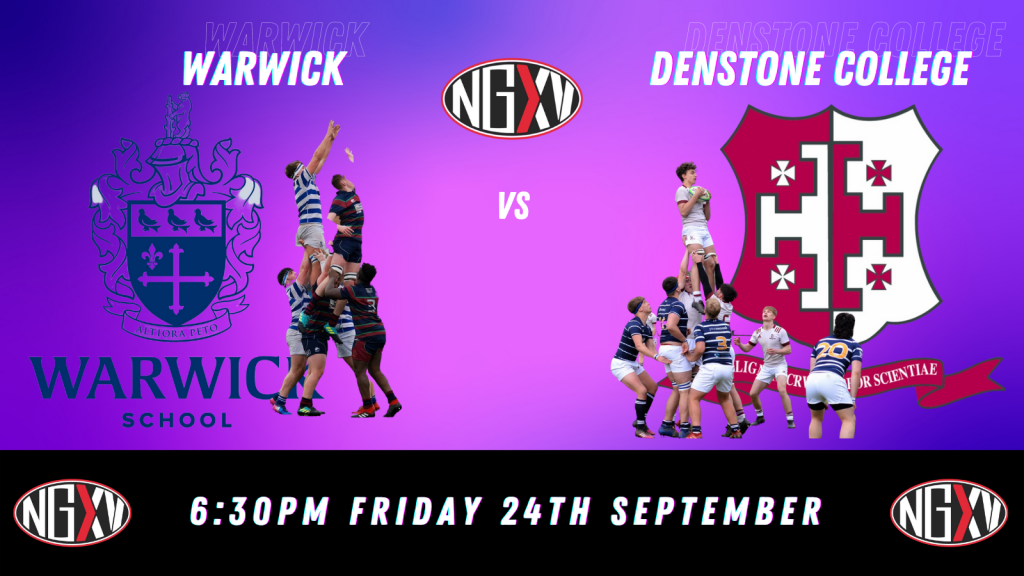 On Friday night NextGenXV bring you our latest live stream as Warwick School host Denstone College under the lights on their supreme artificial pitch.

It is a fixture between two recent heavyweights of the English school game. Warwick, who won a Schools Cup back in 2007, became perennial competitors at the business end of the Schools Cup in the last decade winning in 2017 and 2018 as well as reaching the 2014 and 2019 finals, along with multiple achievements at U15 level too.

Denstone College might not have had that Cup success, but they have proved to be one of the top teams on the circuit in recent times. Over time they have built up one of the most competitive fixture lists in the country, one that takes in the likes of Sedbergh, Woodhouse Grove, and Kirkham Grammar School, and have produced a string of professional players along the way as well, much like Warwick.

Of course though, these are all feats from the past and Friday night’s 6.30pm kick off (which you can watch below or on our YouTube channel), our fourth live stream in eight days,  is all about the here and now and what these two sides have been doing in this 2021/22 season after 18 months away from the game.

Warwick’s season began with a false start, a cancelled game against Stowe, before a triangular at home against Bromsgrove and Cheltenham College which proved to be incredibly competitive. Their first ‘proper’ game though only came at the weekend when they travelled to Uppingham for what was a cracking contest, ending 15-10 in Warwick’s favour, a result that should leave them feeling confident ahead of Friday night.

Denstone College will also be feeling hugely confident as they, in contrast, have got a real bulk of game time behind them as they head in on Friday night. They had a tricky start, losing a close game against Northampton School for Boys but since then it has been back to back victories on the road as they saw off first Solihull and then Stamford, they will be desperate to make it a hat-trick of victories on the road.

Ultimately though, this game and this season remain about the joy of being back in the saddle again and actually playing rugby. Directors of Rugby Tom Pierce of Warwick and Rupert Harden of Denstone College would surely be at pains to point that out. These are two sides that have incredible passion for the game right from the very youngest in the school all the way to the top, a game under the lights on Friday evening will doubtless be met with huge joy and passion from all.