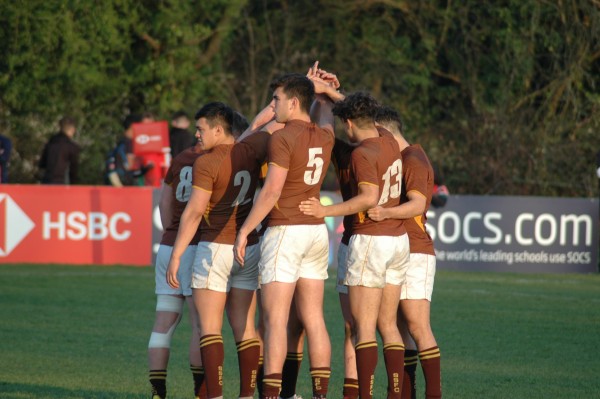 After a fantastic weekend of schools rugby, despite the weather, the midweek rugby comes rolling around thick and fast

With games throughout the week, it is sure to be a busy one, with action across the Schools Cup, Vase, and Bowl as well.

There is a Schools Bowl game on Monday as Harris City Academy head to Carshalton in London & South East A, both sides looking to bounce back from their opening round Vase defeats with a good Bowl run.

The game of the day on Tuesday is surely the hastily arranged trip of Sedbergh to Oakham. Both had games cancelled on Saturday, against Durham and Bromsgrove, and both have had seasons that so far have been utterly ruined by cancellations overall. Undoubtedly though, these are two good sides, what precious little rugby they have had has shown that, Tuesday will be absolutely massive for both.

There is also a massive game in the South East, where Felsted host Ipswich. Felsted have been one of the strongest sides in the area for a long, but Ipswich have injected new life into the competition in the area and will provide a stern test and make for a match that should be absolutely fascinating.

There are also a number of Schools Vase games happening on Tuesday. In South West B Bournemouth host Bryanston for the chance to host Clayesmore in Round 3, while in Midlands B it’s Hitchin Boys v Sandringham, with a trip to Bishop’s Stortford High School for the winner. In Midlands A in form Wellingborough host King’s Ely, while in South West A Truro host Mount Kelly, with the winners hosting Wellington School in Round 3.

In Scotland Glenalmond College will be playing host to Morrison’s Academy.

Wednesday is, as ever, a huge day. Among the big games is a Cup encounter between RGS Guildford andSeaford College, the winner of that South West B fixture will have a bye straight to the regional semi finals, where they will face either Radley College or Berkhamsted.

The Vase has a good amount of action, in Midlands A Oundle make the trip to Spalding Grammar after a big win in the opening round, while The Leys head to Wymondham College, with a home game against The Perse in Round 3 the winners’ reward.

In London & South East A Godalming host City of London Freemen’s, while Grey Court welcome Tiffin, with Mill Hill heading to Rickmansworth. London & South East B meanwhile sees Worth travel to Skinners’, with a game at home to Ravens Wood the reward for the winner.

Glyn are in action away at George Abbot in the London divisions, while Hayes travel to St Olave’s and Southend host Coopers’ Coborn, with QES Barnet heading to Haberdashers’.

In the midlands, Tring host Latin, while in the South West Wycliffe College head to Katharine Lady Berkeley’s.

Outside of the knockouts there is plenty of other rugby, headlined by one of the biggest derbies in schools rugby, the Croydon derby between Whitgift and John Fisher. Always a spectacular occasion, with up to a few thousand on the touchlines in recent times, John Fisher will be the hosts and you can expect on of the most intense schoolboy matches on the calendar on Wednesday – it’s not to be missed.

Shiplake College look to back up a good performance at the weekend when they host St James’, while it’s a trip to Sir William Borlase’s for Great Marlow and a game against Tiffin 2nd XV for Royal Alexandra & Albert.

One of the games of the day will be in the West Midlands as King’s Worcester host Bromsgrove both had games cancelled over the weekend so will be enormously keen to get underway on Wednesday in what should be an absolutely epic game.

Wirral Grammar’s 1st XV are meanwhile in action away at Sandbach for what should be a good game, likewise King’s Macclesfield’s trip to Wilmslow High. Altrincham Grammar, meanwhile host the Grange, while Manchester Grammar and St Anselm’s College go head to head in a big one.

Barnard Castle are in action after Saturday’s game was sadly cancelled, they host Yarm as they look to build a bit of momentum. Meanwhile Sedbergh’s 2nd XV are in action at QES Kirkby Lonsdale. Further South Mount St Mary’s College look to continue their good form as they host Worksop College.

There is more Schools Cup action on Thursday as Canford host Bishop Wordsworth’s, the former finalists, in a delayed opening round game in South West A. The winner of that game will host Sir Thomas Rich’s, with the winner of that game then heading straight to the regional final thanks to byes.

The other games on Thursday are also in the South West, but not in the Cup, with Downside heading over to Monkton Combe, and Clayesmore hosting Prior Park College.