Schools Rugby: Midweek Roundup – Impressive performance inside and outside of the Cup 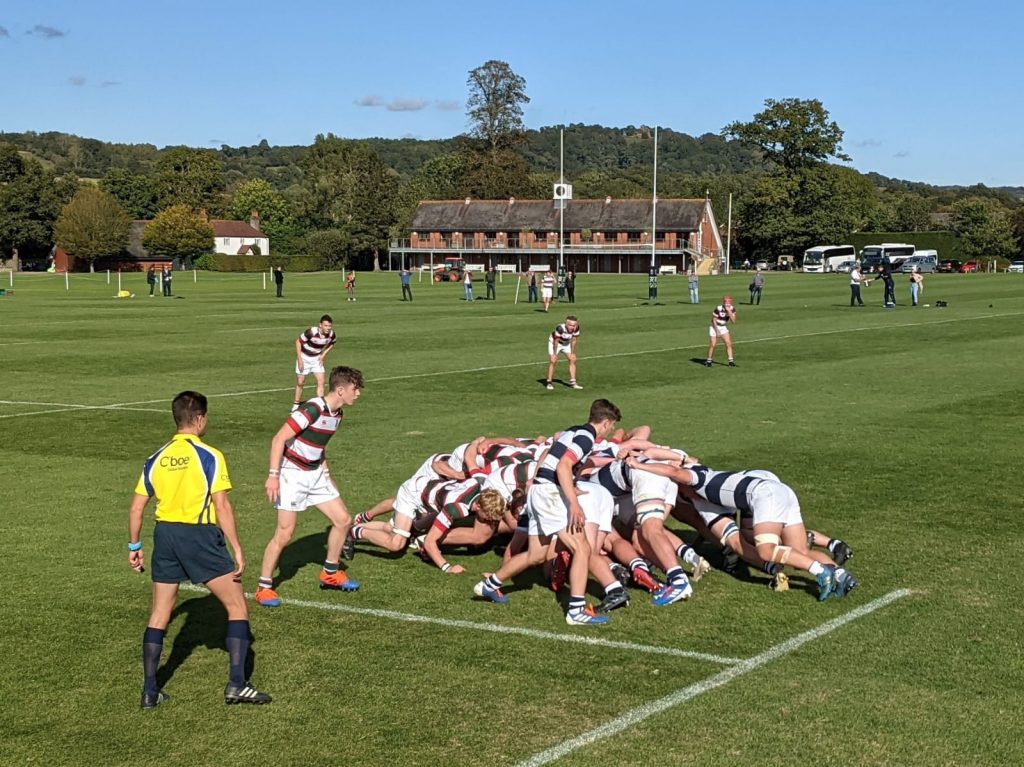 It has been a busy week of school rugby, with a huge number of games including fixtures in the Schools Cup and Vase.

Of course it was not all just the knockout competitions, some of the very best teams in the country were going head to head in some massive fixtures that produced scintillating rugby, whetting the appetite for a big weekend to come.

There were three games in the Schools Cup this week, on Wednesday Seaford College travelled to RGS Guildford for their 1st round game in South West B. The reward for winner was going to be huge, a direct bye all the way to the regional semi finals. Seaford College went over as favourites after their performances so far this year, and they came home with the 18-10 victory, but RGS Guildford gave a superb account of themselves and go into the Plate knowing that they are a real force. At the top end of South West B King’s Worcester hosted the 2015 and 2016 champions, Bromsgrove. It turned out to be an absolute thriller of a game, going this way and that as the sides split 69 points, but Bromsgrove just edging it by a single point with a 35-34 victory to set up a round 2 tie against former Plate winners Bloxham. Like RGS Guildford, King’s Worcester must be eyeing up the Plate after a performance like that.

On Thursday attention turned to South West A, where Canford hosted former finalists Bishop Wordsworth’s. It was a cracking game, but ultimately it was Canford that had the edge, scoring plenty of tries on their way to a 34-17 victory. It sends them through to the second round where they will host Sir Thomas Rich’s, and the winner of that tie will have a bye right the way to the regional final.

The Vase had a busy week with plenty of fixtures on Tuesday and Wednesday. Tuesday saw Bryanston into the South West B regional quarters after beating Bournemouth 17-15, while in South West A Truroprogressed to the same stage that to a narrow 21-18 victory over Monkton Combe.

Meanwhile in Midlands B Hitchin Boys stormed into the next round with a 45-0 victory over Sandringham, and over in Midlands A it was another brilliant performance from Wellingborough as they beat King’s Ely 59-5.

Wednesday then saw even more Vase action and with it Wellingborough found out their opponents next round, Oundle, who beat Spalding Grammar 62-0 away from home.  Wymondham College also made it through Midlands A thanks to a tight 24-20 defeat of The Leys.

Brentwood make it to the next round in London & South East B with a 25-12 defeat of Seevic College, while Skinners’ beat Worth 24-5. Meanwhile in London & South East A City of London Freemen’s beat Godalming 41-7 away from home to progress to Round 3, with Tiffin beating Grey Court 29-12 in the same section.

The Schools Bowl saw loads of action on Wednesday, with Calday Grange, Fallibroome, and Haberdashers’ among those that made it through. So too Glyn with a fantastic performance at George Abbot, while former Vase winners Langley made it through against Culford.

Wycliffe College had a dominant victory over Katharine Lady Berkley’s, while KES Stratford and KES Five Ways both also made it through after tough games.

Tuesday saw an absolute cracker between Oakham and Sedbergh. Both had suffered cancellations over the weekend so hastily arranged this fixture, and thank goodness they did. It was tight, tense, and passionate, and the Oakham support were on fine form. So too were there team, who kept the game to within a handful of points until the late stages of the game when Sedbergh finally pulled ten points clear. It was a fantastic match, a performance to be proud of for Oakham, and equally so for Sedbergh, for whom it was the challenge they needed ahead of some huge games.

Elsewhere the sands seem to be shifting in East Anglia as Ipswich travelled to Felsted and came away with a 21-15 victory after a fantastic game of rugby. It’s a huge result for them too, there is much to be excited about with their developing rugby programme, but this was a real marker.

Solihull were back to winning ways with a 26-12 defeat of St Peter’s, while in Scotland there was a thriller than went the way of Glenalmond College, 33-31 against Morrison’s Academy.

Wednesday saw one of the biggest derby games in the world as Whitgift and John Fisher went head to head in Croydon. Always a huge atmosphere and a big game, John Fisher dug in deep but ultimately the quality of Whitgift proved too much as they claimed a 22-3 victory.

Elsewhere there were victories for Dunottar and Ewell Castle, while Salesian put in a really impressive performance to beat Leighton park 34-0. Royal Alexandra & Albert, meanwhile, beat Tiffin’s 2nd XV 17-10. Claries Court had a stormer at LVS Ascot, winning 55-7, while there was a thriller at Maidstone Grammar as they were beaten in a classic by Trinity Sevenoaks, 33-26.

The North West saw some outstanding performances, not least a 43-0 victory for Stonyhurst College over Ermysted’s Grammar. Wirral Grammar won a really tense and exciting encounter at Sandbach, 20-15, while their 2nd XV were also on form, winning 33-7 at Oswestry. Things were close at Manchester Grammar, where St Anselm’s College nicked it by a point, 18-17, similarly at Wilmslow High School, where they edged out visitors King’s Macclesfield, 22-20. Altrincham Grammar beat The Grange 35-14.

Across the Pennines Mount St Mary’s College were utterly sensational as they put Worksop College to the sword, 52-0. Meanwhile in the South West Beechen Cliff’s non-ACE players put on a top display at Malmesbury to win 36-5.

Thursday was a day dominated by action in the South West, and indeed by the away sides. Prior Park College went to Clayesmore and won 22-16. Queen’s College Taunton were impressive for a 38-12 victory at Milton Abbey, while Downside edged a close on at Monkton Combe, 13-9.

PrevPreviousSchools Rugby: Weekend Preview – 8th/9th October – Final games before half term for many
NextRugby Recruitment: Our Analysis and SolutionNext