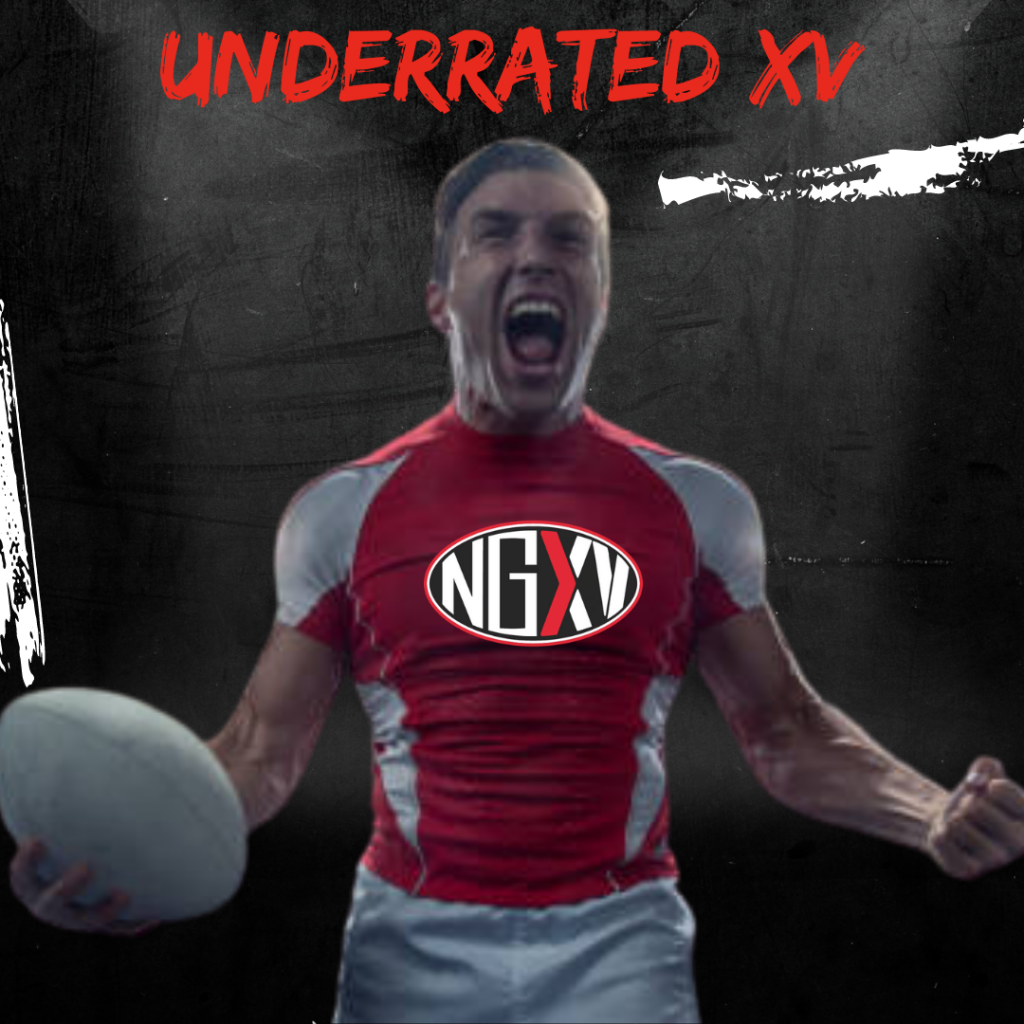 *Don’t forget our Talent Hub is now live! Whether you are looking for talent or are a talent looking to be noticed sign up by clicking here

Although there was not much rugby played this year in South Africa we here at NextGenXV felt we would do a few XV’s based on our discussions with stakeholders in the game as well as general chats with fans of school rugby.

We will cover 5 XV’s namely the Underrated XV, a small school XV, The Surprise package XV and then finish it off with matchday 23’s involving South African schools “A” and “B” teams.

But today, we start off with the underrated XV, these are players we believe have performed incredibly well and perhaps haven’t yet got the recognition they deserve.

Spah may only be in Grade 11 but we just don’t understand how more people are not talking about him. His performances have been simply electric and while his talent was evident at lower age group levels he has taken his game to a new level this year. We understand he is more comfortable as a flyhalf and that certainly does not bode well for teams next year.

Ethan is a devastating finisher, some talk down his size but when you can sniff the try line like him what does it really matter? Part of a class Booishaai backline for 2 years we are left scratching our heads as to why he hasn’t signed with a major Union as of yet. Perhaps a few years in the Sevens circuit would do him good if nothing comes of his 15’s career but based on what we have seen in this years Under 20 competition many teams could do with a player of this profile.

What a fantastic year it has been for Kleynhans and Paarl Gim, being our number 1 ranked team in 2021 and CP playing a vital role. His consistency was something special, he is as safe and reliable a player as you can get and can prove devastating when he is put into space. No slouch on the defense either whoever recruited him from the Cheetahs deserves a bells!

While the Maritzburg College backline was on fire this year with speed and finesse it was Prinsloo who added the beef in the midfield. A scary thought is that he is still in his rookie year meaning there is time to grow and with players such as Lili Bester and Ngcobo returning next year with him we have a feeling that it is going to be a very tough year for opponents in the KZN region.

No news yet on whether Larry has accepted a contract yet and that is in itself extremely confusing. A devastating runner and a darling of the Westville community Larry runs from any part of the field without fear for Larry knows that he can create something from nothing. A player who scores tries for fun the thought of him on the wing for a Union next year is truly something to look forward to and we just hope that the recruiters get their heads out of the sand and make the man an offer.

A the World Schools Festival 2019 there were a few players who truly stood out and in terms of the backline to me Goodman was the man for the occasion. His skills are out of this world, clearly he is self taught and would thrive in a team where caution at times was thrown to the wind for it is during these times that a player like Herschelle Goodman has no equal. Another player who we are unaware of being contracted yet and another that is a head scratcher, some point to size and others to his unpredictability. Funny thing is they were talking the same rubbish about Cheslin Koble, wonder how that ended up?

If anything you know when Louis de Bruyn hits the field of play he is going to entertain, a true energizer bunny who is all over the field of play young Louis truly impressed in this years Noord-Suid tournament. EG Jansen looked a classy outfit this year with a  powerful forward pack as usual but a backline who looked as if they could break the mould. Connecting the backs and forwards someone like De Bruyn is someone we feel could have come into his own as the season went on and it was truly a disappointment he didn’t have more of an opportunity to showcase his talent.

Affies would have been disappointed with their results this year, with their high standards average seasons just don’t cut it but if there was a player from the team that showed his ability it was Dillon Smith.

A powerful ball carrier and a player who turns into a monster when he is on the field, Smith does not give an inch and puts his body on the line with every tackle and carry. One feels that he would be an ideal profile for a team and with rumours that there is interest from overseas hopefully we can expect a deal to be announced in the near future.

A powerful unit Borman would have had his pick of school should he have chosen to move onto greener pastures but chose loyalty over prestige to his credit. This is a double edged sword however as a smaller school such as DF Malan isn’t going to give one as much exposure as larger schools.

His ball carrying ability is way above average as well as his leadership on and off the field being named headboy of the Meyterton school for 2021. He needed more of a season to showcase his ability but it was not meant to be, this does not mean however that there is no interest in his services with rumours that clubs in Japan and France are taking a close look at the talent.

This is our bad, we are the ones who did not give Barnard enough credit before the season started and this was in part due to the fact that Paarl Boys were once again a star studded outfit this year.

Barnard has been nothing short of a revelation this season, his tough and uncompromising style of play has become his signature and there is little doubt he has a great future in the game.

We never got to see Dries du Preez in full flight, his move to Monnas in his Grade 11 year was in conjunction with the situation which again reared its ugly head this year.

Dries is a very gifted lineout general and he marries that with a physical game that few can possess not least because of his sheer size and strength.

Having committed to the Bulls earlier in the year du Preez will no doubt have his career fast tracked particularly under the watchful eye of coaching prodigy Wessel du Plessis who knows how to get the best out of raw talent.

Garsfontein were left somewhat shell shocked after tough encounters against Paarl Gim and Oakdale, two teams that were firing on all cylinders but as the season went on you could see the confidence increase in the Pretoria outfit.

There is too much talent in this Garsfontein team for them to be written off and Pieterse is another in a long line of tough and uncompromising lock forwards making a name for themselves.

Another Maritzburg College player to this list and it should be no surprise to those of you who have been following Swift’s rise this season.

The KZN league is becoming tougher by the year with some real quality out there, so to be the dominant tighthead in the region says a heck of a lot about Roydon’s talent. A tough scrummager who is able to mix it up with any opponent he faces he mixes this with a high rugby IQ making him one of the countries premier dual threat prop forwards.

Having spoken to some well known scouts many felt that had Swift been given the chance to showcase his ability at Craven Week that higher honours may have not been impossible. From what we hear there are whispers that a future in the UK or Ireland could be on the cards, whoever manages to secure this signature is certainly getting themselves a hidden gem.

At the start of the season most pundits were wondering where Lombard an obviously talented player would fit into this years Gim team. No doubting he is a frontline hooker but when you got an absolute savage like Luca Bakkes waiting in the wings surely there is additional pressure potentially?

Lombard took it in his stride and put in an absolutely heroic performance against Grey College, he led from the front and took his boys to a well deserved victory.

The Bulls managed to secure his signature and we here at NextGenXV will be watching his career unfold with much interest.

Thansville “The Tank” Mayman should be no stranger to those of you who have been following us for some while. Named in our 15 prospects to watch list at the start of the season Mayman was a player we would have bet the house on gaining his SA Schools colours at the end of the year.

Unfortunately we felt that Thansville along with other gifted Garsfontein players were judged rather harshly based upon the performances against Paarl Gim and Oakdale and thus were overlooked for higher honours.

Fact is that form is temporary and class is forever and there should be no doubting Mayman’s class and ability, rumours are that the Bulls have secured his signature although we have nothing official to report as of yet but any team that secures the big man will reap the benefits for many years to come.