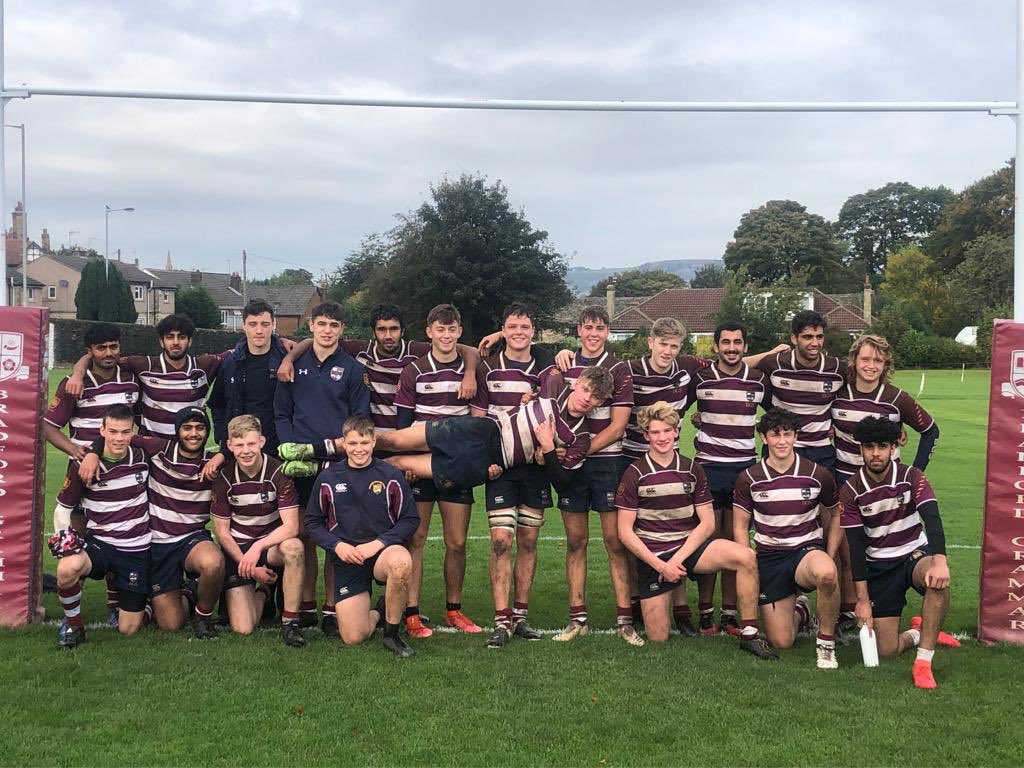 While so much of the schools rugby world’s attention was on the St Joseph’s and Merchiston Festivals, with 28 sides in action across the two, there was some absolutely fantastic rugby played elsewhere around the country.

With half term looming, it was a chance for sides lay down a bit of a marker ahead of the holiday’s, closing the first half of the season in a positive way and leaving some momentum to build on in the second half.

This week’s roundup will focus on those one-off games rather than on the two Festivals, which we have reviewed separately via the links below:

Sadly two of our Ten to Watch were cancelled, Ampleforth College v Barnard Castle and Ipswich v New Hall, but the other eight games all thrilled in a variety of different ways in what proved to be an outstanding final weekend of the first half of term.

They proved to be fairly surprising too, often. Of the eight games that were played, only 50% were correctly predicted by our readers, and within that there were still plenty of surprises too.

Perhaps the biggest surprise of the lot was Whitgift v Sedbergh not for the outcome, 75% of readers predicted a Sedbergh victory, but for the scoreline itself and the relative performances – Sedbergh won by a staggering 52-13 margin, a result that puts the rest of the school rugby world on notice, as you can read in our report from that game: Whitgift v Sedbergh.

Another big surprise was a first victory of the season for Bradford Grammar, just 22% of readers saw them beating and in form Durham side, but the Yorkshire men did it, securing a fantastic 15-7 victory.

Also defying our readers’ expectations, though on this occasion it was perhaps a bit surprising that so few readers were backing them, were Clifton College. Just 39% of readers though that they would be the might of the ACE legends, Hartpury College, however Clifton College are one of the strongest school sides around and so often it has been shown that the very best in schools rugby are the absolute cream of the crop overall. So it proved on Friday night at the Alpas as Clifton College put on a fantastic performance for a 33-10 victory.

One of this season’s surprise packages has been Skinners’ but on Saturday there were no surprises from them as they delivered on they expectations of a whopping 84% of our readers to keep their winning run going with a superb 29-17 victory at home to Dartford Grammar.

The other game from our Ten to Watch that went the way over the overwhelming majority of readers was Epsom College v St John’s Leatherhead. 79% of readers expected Epsom to win their derby and they did so in style with a fantastic 31-0 victory to send them into half term and absolutely bouncing.

The remaining three games were incredibly close. 57% of readers thought that St Peter’s York would be victorious at Lancaster RGS but few could have expected things to be quite as close and tense as they turned out to be, with St Peter’s just steering clear for a tight 10-8 victory on the road.

Bromsgrove meanwhile surprised 66% of readers as they held off a Sir Thomas Rich’s side that has been incredibly strong so far this year. The 2014 and 2015 Schools Cup champions managed to hold on to a 26-24 lead at home in a cracking game of rugby to claim victory and head into Wednesday’s Cup game against Bloxham with plenty of confidence.

The closest of all was an epic draw at Harrow as unbeaten Berkhamsted came to town, two sides that have been among the very best in the country so far this year. It ended 10-10 but, as one touchline observer mentioned, it was one of the best games of school rugby they had ever seen, blown away by the high standards. Ultimately Harrow were a little unlucky, they lost their 10-12 axis early on and key two forwards before the half time break, which this big Berkhamsted side took full advantage of to head into the break 10-3 up. It was a fiercly competitive game, with much of the play taken up between the two packs, despite the pristine surface, and size of surface, at Harrow, but that worked in Harrow’s favour as they levelled the game up through a powerful try from a series of drives. 58% of our readers had backed Berkhamsted, but ultimately the two sides just could not be separated, which only really served to demonstrate just how good both are.

As well as Friday’s game between Clifton College and Hartpury College there were plenty of other fantastic games taking place, not least a 12-12 draw between KES Bath and Beechen Cliff’s non-ACE players.

Elsewhere, Pate’s Grammar won their big derby against St Peter’s Gloucester in a bit of a thriller, 31-18, while London Oratory were kept at bay on tour to Wales, Llantwit Fardre RFC winning 34-17. Meanwhile Mount St Mary’s College were on fire against Sedbergh’s 2nd XV, winning 47-0.

Outside of our Ten to Watch there were some fantastic performances, not least from Bishop Vesey’s who hosted a Bablake & King Henry VIII side that have been outstanding all season, and yet held them off for a brilliant 22-19 victory.

The Midlands as a whole saw some cracking games, KES Camp Hill winning 31-24 at club side Camp Hill RFC among them. Meanwhile on the eastern side of the Midlands, King’s Ely were absolutely flying as they sealed a 48-5 victory over St Edmunds’s College. Not far from there in the Cambridge derby, The Perse got one of The Leys, winning 33-19 at home to head into half term with a spring in their step.

St George’s Harpenden were in action at QES Barnet, and what magnificent action they were in as they sealed a stunning 59-0 away victory, Bishop’s Stortford High were similarly strong, beating Coopers’ Coborn 45-0. Things were closer out on the M4, where Reading Blue Coat, who have looked strong this year, beat Pangbourne College 15-12.

Continuing in the surrounds of London, Maidstone Grammar were on song in their 35-0 defeat of Cranbrook, while Wallington County Grammar were in similar form for a 29-0 victory over St Olave’s. St Bendict’s, meanwhile, were in flying form in Ealing as they defeated an Aylesbury Grammar side that has had some fantastic results by an impressive 36-0 scoreline.

Campion were utterly fantastic in East London, beating Gordon’s 22-7, while in South West London Wimbledon College won a thriller against a very much in form Churcher’s College, 32-20. Elsewhere, The Judd won a close one against Chislehurst & Sidcup 15-7, while Sir Joseph Williamson’s won 10-0 down at King’s Canterbury.

Cranleigh were fantastic against Gower Club, a 45-5 victory sending them into half term with real confidence, while on the South Coast Lord Wandsworth College faced Ryde with Upper Chine in a game that doubled up as a Schools Bowl fixture, winning that 41-17 at home.

Wiltshire saw Bishop Wordsworth’s enjoy a competitive 22-15 victory over Whitgift’s 2nd XV, while Clifton College’s 2nd XV were also in action as they beat King’s College Taunton 33-20. Much further north, Mount St Mary’s also had their 2nd XV up against 1st XV opposition as they host Ashville Harrogate and sealed a 24-7 victory

The North of England saw some great games, St Ambrose surprising a few with a 17-12 defeat of Wirral Grammar, capping a great few days for St Ambrose that has also seen old boy Raffi Quirke named in the England squad. Wirral Grammar’s Wirral rivals Calday Grange Grammar were also defeated, going down 36-12 to St Anselm’s College, while in the North East Dame Allan’s won a bit of a try-fest against Pocklington, 43-28.

Back in the South West, Blundell’s were on sparkling for heading into half term, winning 41-7 at Kingswood, similarly Clifton High School, who beat Rendcomb 45-18. Elsewhere things were much closer, not least at QEH where visitors Bristol Grammar held them to a 14-14 draw.

The Crypt enjoyed a result to be proud of at home, just keeping out a seriously good RGS Worcester side with a 16-15 victory. Similarly Taunton School at Canford, who won a cracker 26-21, while Downside looked good against Dauntsey’s, sealing a 22-13 victory. Over in Wales, Christ College won a battle between two of Wales’ most storied schools rugby names, edging Llandovery College 19-15.