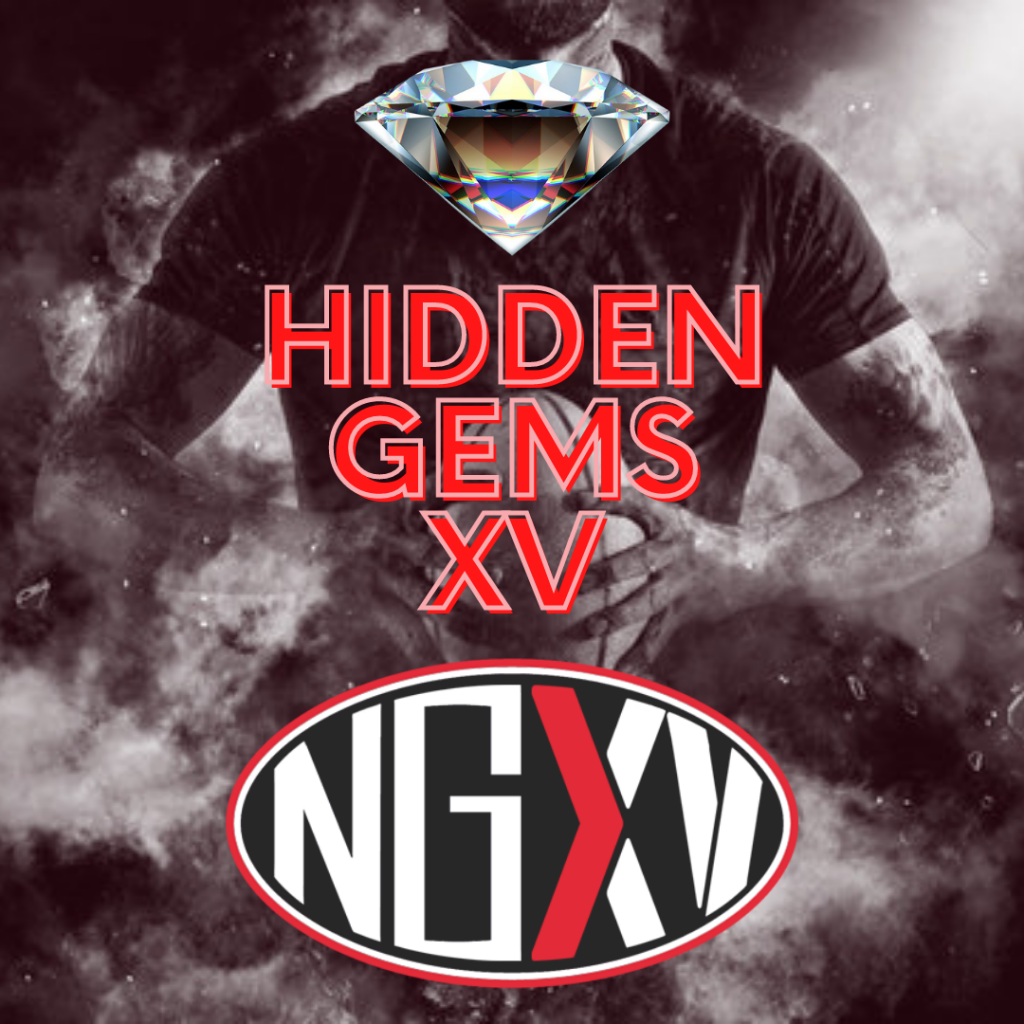 Previous articles in our XV series:

Don’t forget to join our Talent Hub by clicking here,

Our Hidden Gems XV is made up of players who have been somewhat under the radar but we believe could go on to achieve great things in the game.

Jooste has the unenviable task of competing with an extremely talented group of rookies for both the fullback and flyhalf births next year, in any other year he would be a standout and it just goes to show the quality in depth next years group has.

An exceptional boot and a high rugby IQ combine to make him a true dual threat prospect. He has shown his ability in even the toughest conditions and we expect him to be a name on everyone’s lips next year.

Dwayne is an athlete we have spoken about a few times, his raw pace is something else running the 100 meters in the 10.3 range making him arguably the fastest rugby player of his generation.

It is not only his rugby talent you should be aware of, he has provincial colours in cricket as well as hockey. He recently signed with the Cheetahs who have a great track record working with youth and with his profile being very similar to Cheslin Kolbe we could have a true bolter on our hands.

Big Ike made waves at the Monnas centenary festival with some eye catching performances, it was almost as if he came out of nowhere but speaking to local scouts it is obvious that since a young age he was destined for higher honours.

Built like a tank but fantastic speed and footwork Ike showed enough for La Rochelle to be convinced to sign him and we hear that the team there are excited to be working with him. The raw talent is there and no doubt he will be tearing things up in the JIFF league very soon!

Rustenburg must have one of the most underrated teams in the country and one feels for the boys that they did not have more time to showcase their abilities. Had the season gone on no doubt Storm would have been a very in demand recruit.

We have had no word yet on his next move but the powerful ball carrier surely should have some suitors ready as it would be a sin for this much talent not being given the opportunity he deserves.

This years Stellenberg team shocked all with their enterprising play and one of the most exciting backlines in the country.

Ughan has speed in spades, his footwork is fantastic and is a lethal finisher that can sniff out the try line in even the most trying circumstances. Another talent we are unaware of that has any plans for next season but one we think given the right opportunity can truly excel.

How on earth has this guy not got a contract yet? Maybe things have changed but we are unaware of this and in our humble opinion the Unions are overlooking one of the most gifted flyhalves in the country.

There is hardly a weakness in Christaan’s game, his handling and distribution is top notch, goal kicking is accurate as they come and his line breaking ability and way he marshals his backline shows maturity way beyond his years.

If I were in charge of recruitment at a Union this would be one of the first players that I would take the check book out for.

It’s been a tough old year for Helpes, their centenary year held so much promise but for some reason they were just not able to gel as a unit. The bounce of the ball could be a reason but in Murray Ferreira they had a player who was consistently punching above his weight.

A crisp passer of the ball and known for his sniping runs despite the aforementioned difficulties he always looked comfortable and composed and the Cheetahs must have agreed as they just signed him on a short term deal which no doubt will become long term once he shows his value.

Another player who was done no favours by a less than stellar season for Helpies Lianis is a another player we believe will come good in the future. Possessing a tireless work ethic and great ball carrying ability one wonders what could have been had Helpies been more fortunate in their early season fixtures.

Physically there are few players in the country that can hold a candle to Gouws. The youngster from what we understand has been offered bursaries throughout South Africa but has chosen to remain at Volkskool to his credit.

Long part of the EPD setup many would have not heard of him but we are convinced that with a great team behind him managing his career and the talent to match that it will be sooner rather than later that he fulfils his vast potential.

What a season it has been for Lamprecht. Part of a monster Kwaggas pack he was one of the outstanding prospects in the team this year with some immense performances. His work rate is something to behold and his willingness to put his body on the line for his team is evident in every match he plays. One feels that is there was a longer season far more people would be singing his praises.

Playing against Boland Landbou is never an easy task, despite being a school small in number they are big in talent. Alongside talents such as Josh Hanekom this years pack looked something special, although they lost heavily to Paul Roos you can certainly say the pack was no disgraced in the least. He is a player we will certainly be keeping a very close eye on in the future.

Another stalwart of this years Kwaggas pack Kurz has future star written all over him. His physicality is mixed with a blend of athleticism rarely seen in school rugby lock forward. He put in some fantastic performances during the short season that as and was a certainty for Craven Week and many pundits feel could have even been knocking on the SA Schools door.

A year ago not many had heard of Werner Geldenhuys. A selection to the EPD virtual camp changed all of that and overnight he was the talk of many in school rugby circles. Some players buckle under such pressure but Werner certainly did not putting in some strong performances in Nelspruit’s fixtures this year.

He reminds us of an old school prop, he knows what his job is and he doesn’t attempt to complicate things much more than that. His job? Scrum the hell out of the opposition, and it is one he does with pride. The Bulls have signed Geldenhuys and we believe it was a truly astute signing and almost certainly we expect him to be a vital cog in next years under 21 competition as the Bulls attempt to get back to the pinnacle of junior rugby in the country.

We often hear how there have been many players badly affected by the situation, Jared Hansen is up there with those who have been most hurt by the lack of rugby. A powerful hooker that has all the physical attributes you would dream of in the position he plays with an intensity that would of seen him likely be a comfortable starter for Border this year.

With a start for Border who knows what could have happened had there been stellar performances from him at Craven Week, lest we forget Border have been real stars of the tournament and players many had written off earned their SA Schools colours through the tournament. We have no information as of yet where his next move will be but given even half a chance we are confident he will take the opportunity with both hands.

One of the most disgusting omissions this year was Erasmus’ omission from the Pumas Craven Week team. Seeing Erasmus at the Monnas festival was something special, and it was after this tournament that we were convinced that every team in the country would be knocking at his door, but so far we clearly see something recruiters don’t.

Perhaps Lourens may be better suited to the hooker role, a position with which he is extremely comfortable and if he did move there we see a future Schalk Brits/Dian Fourie on the cards. His ball carrying is immense and his speed off the mark is something no other player of his size can lay claim to.

He works hard both on and off the ball and he took opposition scrums to pieces, a complete package yet because he is at a lesser recognized rugby school it seems that most do not want to take a chance on him. Rumours are rife that there are major French teams looking closely at him and we would be willing to bet the house that any team that took the chance on Lourens would be laughing after a few years.

PrevPreviousSchools Rugby: Midweek Roundup – Schools Cup and Vase continue to take shape
NextSA Under 20 Championship: Team of the Tournament 2021Next