The Referee’s View: Where have all the ref’s gone? 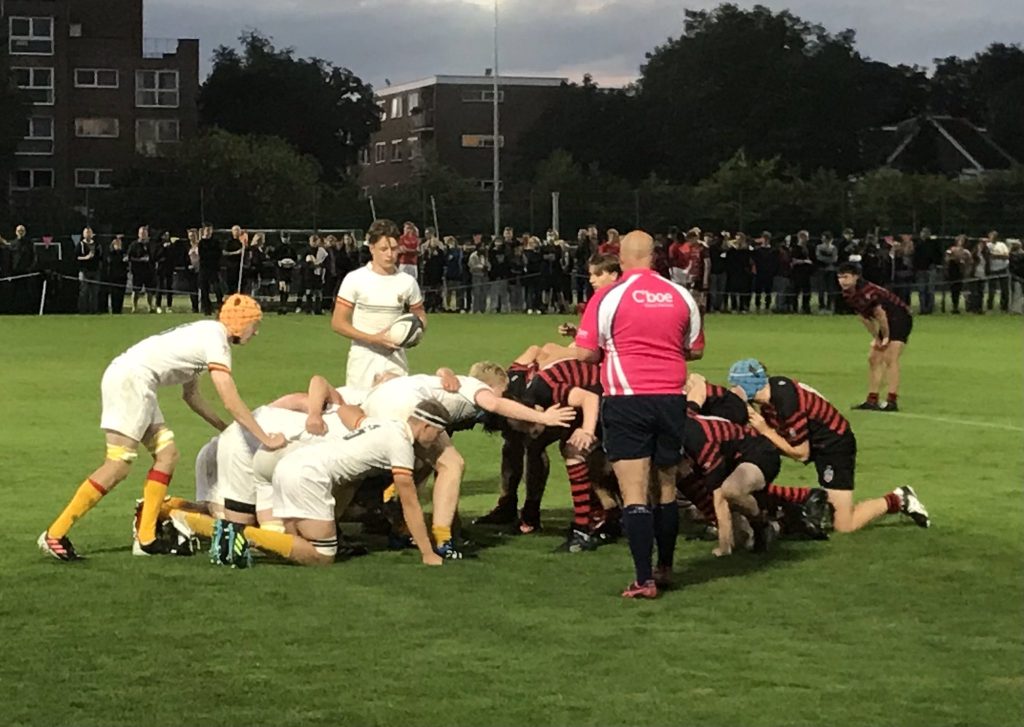 Could grassroots rugby be sleepwalking into a major shortage of referees? Our refereeing correspondent Julian Edwards takes a look at the impact of the pandemic on refereeing.

If Covid has taught us one thing, it’s the value of non-work time. Over the course of the last 18 months, if you were furloughed then suddenly you had a lot of time on your hands, and if you weren’t then you were probably in a key job helping many of us to get through the lockdown/s.

Either way, any non-work time became precious, and referees weren’t excluded from this phenomenon.   In the absence of community sport, referees and players alike ‘got their weekends back’, refocused on their families or on those projects they’d been putting off for years, or even took necessary time-out for health reasons.

But 8 weeks into an already busy season, the ripple effect of last year’s multiple lockdowns is beginning to make itself felt in the school and community game.  Academy sides and elite rugby schools won’t necessarily have noticed (yet), but at lower levels and younger school age groups, coaches, schoolteachers and even keen parents are beginning to find themselves more and more in the middle with a whistle around their neck, ‘helping out’ in the absence of an officially appointed referee. Indeed, over one particular weekend in September, one Society had over 50 fixtures on the Who’s The Ref website (the principal referee allocation system in the UK) ranging from Saturday morning school games to full community rugby adult matches, the majority of which had no appointed referees.

Midweek school daytime games rely on the retired, or those with more flexible working arrangements: neither of these small sections of the rugby fraternity are likely to future-proof the supply of officials to important school matches.   And I can’t begin to list the many reasons why the trend towards teacher and home coach referees could be a Bad Thing, safety and impartiality to name but two.  Imagine Millfield vs Wellington being refereed by another teacher who ‘likes a bit of rugby’, or by a former pupil now in retirement?

So maybe this article should instead be entitled ‘Where are all the Referees going to Come From?’

My Referee Society has one of the most successful Young Match Official programmes in the country: two of our young U18 referees have graduated from weekend morning schoolboy rugby to refereeing full school 1st XVs, Colts, University, Women’s and Men’s adult rugby, and last month refereed at Twickenham; another has gone on to referee successfully at her university, and others have AR-ed for the likes of Luke Pearce and Christophe Ridley and officiated at Premiership stadiums. It really is a pathway to amazing rugby experiences.

Any crisis and temporary shut-down affords an organisation the opportunity to review and reboot without day-to-day distractions, and the officiating side of our sport should be no exception in taking a good hard look at the barriers to joining the referee cohort.

However distasteful in our fundamentally still amateur sport, we also must talk about money. It’s little known, particularly amongst parent supporters of schoolboy rugby, that apart from a mileage allowance, rugby union referees aren’t paid a fee for their work, unlike their colleagues in Rugby League, football or netball for example, in all these sports even the junior refs aged 14 receive a fee.

Now I’d be the first to say that I didn’t go into refereeing for the money, but I’m in a secure full-time job and can afford to say that I do it ‘for the love of the game’.  But for a 17-year-old, who could earn a tidy wage working on a Saturday instead of being shouted at for 80 minutes by 30 teenagers to get 40p per mile, it’s a much easier decision to make.

In my area there are at least two sides that are under investigation for persistent match official abuse, by players, coaches and spectators alike, places where referees regularly turn down fixtures because they ‘don’t have to put up with that nonsense’. Whilst we’re always encouraged to report every incident, the wheels of disciplinary committees turn slowly, and we’ve already seen our colleagues in the 13-man game in Yorkshire refusing to provide referees on a given weekend (a ‘strike’ in all but name) because of the lack of action.  Tightening and speeding up the process of dealing with offending teams should become a priority: local RFU branches know this and are already working hard to support match officials when such events occur.

Even successful programmes like the YMOs mentioned above struggle to recruit from the school game, and it’s that sector of rugby that should be one of the richest seams of refereeing talent: boys and girls who are exposed to rugby daily in rugby-mad schools. Imagine if every rugby-playing school put forward one student for their local course? Refereeing can be fantastically fulfilling (who doesn’t like being called sir or ma’am at the age of 17?) and develops great life skills: if you can control 30 adults at once, that says a great deal for your management skills alone!

Now that we’re gradually getting back to the game as we know it, the RFU have already scheduled a slew of refereeing courses up and down the country: there’ll be one within easy reach of your school.  Let’s not open ourselves to a scenario in a few years’ time where the St Josephs and Rosslyn Parks of this world struggle to operate for lack of officials; let’s seize this opportunity and ensure that refereeing remains ‘a noble profession’ for the coming decades.

1 Comment The Referee’s View: Where have all the ref’s gone?