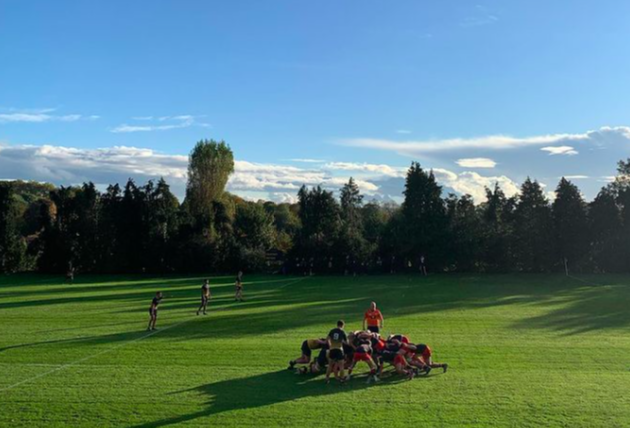 School rugby returned this week after a length half term break and it returned in some style too with some fantastic performances around the country.

There was action on Tuesday, Wednesday, and Thursday ahead of a busy weekend of rugby on Friday night and Saturday, which you can find previewed here: Schools Rugby Weekend Preview.

There were some key games in the knockout competitions too, with the Schools Cup, Plate, Vase, and Bowl all seeing action through the week.

The week was off to a quiet start with just the one game on Tuesday but it was a cracker as Taunton travelled to Colston’s, the most successful side in the Schools Cup ever. This might not have been the Cup, but it was the second tier Plate and a fantastic game unfolded that was right in the balance. In the end it was Colston’s that came out on top, claiming a 24-17 victory to progress to the regional semi finals in South West A, where they will face either Bodmin College or Queen’s College Taunton.

There was more Schools Plate action on Wednesday, this time in Midlands B, where Campion, the former Cup champions, travelled to New Hall and came home with an excellent 27-17 victory. It send them straight to the regional final, thanks to a semi final bye. They will meet either Finborough or the winner of Saturday’s Gresham’s v Norwich fixture.

Over in the Schools Vase Bishop Vesey’s Grammar knocked out former Cup finalists Old Swinford Hospital in a really tight game in Midlands A. Bishop Vesey’s edged it 19-17, sustaining their pre-half term form, to set up a home regional semi final against the impressive Coventry College.

Outside of the knockout games perhaps the biggest story of the week was Trinity’s superb 34-3 victory away at KCS Wimbledon. KCS had been one of the form sides in the country before half term, regularly featuring in our Top 5 School Teams of the Weekend series, so they were expected to run what is a very strong Trinity side close, but Trinity put in a superb performance that ought to have people sitting up and taking note.

Elsewhere there were some other very strong performances, not least a stunning 50-0 victory for Christ College Brecon over Bishop of Llandaff, meanwhile Claires Court enjoyed a brilliant 43-5 victory over ACS Cobham International.

Skinners’, maintaining their outstanding performances from before the holidays, were on fire against Cranbrook for a 48-14 victory, while Shebbear College won 48-5 at Stover. Halliford were also, once again, in brilliant form as they sealed a 29-3 win over at Windsor Boys’.

There was an absolute thriller between Bedford Modern and Leicester Grammar, the sides sharing 83 points. Bedford Modern come away the happier though, sealing a 47-36 victory. KES Camp Hill won a close contest against Newcastle-Under-Lyme, 24-22, while Robert Clack edged Beth’s Grammar 35-30 and AKS Lytham won by five points against Merchant Taylors’, 26-21.

Wirral Grammar School had a busy day on Wednesday. Their 1st XV put in a superb display to win 26-5 at St Ambrose College, while their 2nd XV were in action against Rydal Penrhos and won a close contest 31-29. Elsewhere, Lymm High School came out on top in a cracking game at King’s Macclesfield, 33-25, while KES Five Ways secured a 27-19 victory over Shrewsbury.

Wallington County Grammar showed their quality with a 26-17 victory away at Reed’s, while Langley Park were also on song away from home, beating Hayes 17-3. Bishop’s Stortford’s 2nd XV had a great evening at Culford, winning 22-5, while it was a day for the lower XVs as Exeter College’s side won 29-17 at Exeter School. Duke of York’s Royal Military beat The Marsh Academy 38-24, and up in Scotland Glasgow High School won a thriller against Kelvinside Academy, 38-31.

Thursday featured the most high profile game of the week as the Schools Cup got back underway with a late second round fixture in South West A between Canford and Sir Thomas Rich’s. Canford were absolutely superb, perhaps the half term tour that took in a game against Oakham helping to keep them sharp, as they stormed to an impressive 31-17 victory. It send them straight to the Regional Final, thanks to a semi final, where they will face either Ivybridge Community College or Sherborne, the 2020 semi finalists.

There was also Schools Bowl action as St Lawrence College booked their regional semi final spot in London & South East B thanks to an excellent 32-12 victory over Sir Roger Manwood’s.

Elsewhere Fulham Boys were on absolutely stunning form, as they have been a few times this year, beating Twyford, once such a big name in schools rugby, 57-21 away from home.