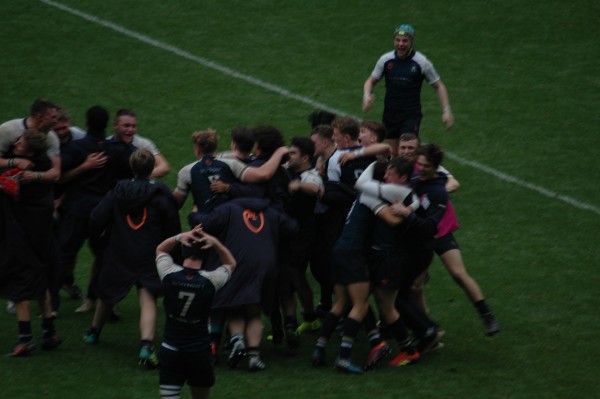 This midweek sees the Schools Cup competitions return in earnest, the knockout tournaments head to the regional semi final stages, in effect the Last 32.

Not all fixtures will be played this week but the bulk will be and there are some massive fixtures in certain sections, as well as a first game in the competition this year for the reigning champions Whitgift.

It is not just the Cup though, the Plate, Vase, and Bowl all see regional semi final action this week, and there are a number of non-knockout games too, and it’s all previewed below.

Kikrham Grammar have huge ambitions in the Cup this year and a home tie will to them no harm, they are unbeaten this season but they face a confident Manchester Grammar side after Saturday’s victory. The other side sees Cheadle Hulme, fresh from a bye in the last round, head to Altrincham Grammar, who came through against Mount St Mary’s College last time.

Wednesday is a bumper day in Midlands A as 2007, 2017, and 2018 champions Warwick host the founders of the game, Rugby. Warwick are a good side and have the Cup pedigree, but Rugby are one of the form sides in the country this year and reached the 2019 Champions Trophy final. It should be a classic. Former champions Oakham meanwhile host former ACE College, Moulton College, it should be another cracking game, although at home Oakham are looking formidable.

No action this week in Midlands B, Felsted have a bye straight to the regional final and Bedford will not host Royal Hospital School until Tuesday 16th.

The London & South East section both look brutal this year, and on Wednesday there are going to be some big names falling in London & South East A. Harrow are one of the top sides in the country this year and will have big ambitions, they host former finalists St Benedict’s, who are having a quietly impressive year, it should be a good one. Perhaps the star fixture though is Hampton v Dulwich College, a fixture that has seen some Cup classics down the years. Indeed en route to winning three Cups in a row in 2012, ’13, and ‘14, Dulwich regularly faced Hampton. It will be massive.

If anything, London & South East B might be even more brutal that the A section. The action here kicks off on Tuesday with a massive clash as Trinity host Epsom College. Trinity have quietly built an incredibly strong campaign this year, and pre-pandemic their U15s had a real shot of winning that title. Epsom though are looking fierce, they are unbeaten this year and having moved from the Champions Trophy, where they were regular semi finalists and finalists, they will want to make their mark. On Wednesday the reigning champions step into the fray for the first time this season. They step in back on form too, having had a storming victory at the weekend. They will travel to St John’s Leatherhead, another former Champions Trophy side, who will put up a massive test, but Whitgift love this competition.

South West A is quiet on info for now, Ivybridge v Sherborne, semi finalists last time around, is yet to have a confirmed date, but the winner will face Canford, who have a bye to the regional final.

It’s a huge game in South West B on Tuesday, Monmouth lost their unbeaten record on Saturday and will be determined to bounce back but they host an incredibly strong side in the form of Bromsgrove, the 2015 and 2016 champions. It should be one of the most even games of the entire round. Then it’s a wait for just over a week to Wednesday 17th when Berkhamsted and Seaford College go head to head, it should be a cracker.

Two big games in North A, Stonyhurst are in really good form but Rydal Penrhos would love to do one for Wales, while Stockport Grammar v Merchant Taylors’ should be a top game.

North B is a bit behind, Grammar School at Leeds are already in the final, but Hartlepool and Hymers still need to play their opening round game before the winner can face Thomas Rotherham for the chance to meet GSAL.

Midlands A is also on a bit of a go slow, when Bedford Modern and Uppingham meet the winner will head to the final, but the other side is also yet to start, Ellesmere and KES Aston need to play their game before the winner then has the unenviable task of trying to stop Stowe.

Midlands B must wait until next week, when Norwich and Finborough will meet on Tuesday 16th, the winner there will face Campion in the regional final.

Davenant and Latymer Upper are yet to confirm the date for their game but KCS Wimbledon v Langley Park is confirmed for Wednesday. Langley Park could catch KCS cold, but KCS must surely fancy themselves as one of the handful of sides that could be considered favourites for this competition.

Wimbledon College and John Fisher meet for their delayed opening round game on Wednesday, the winner will then face Christ’s Hospital. ACS Cobham International and Caterham are also behind schedule, but with the winner having a bye to the regional final, there is no rush.

Bodmin College and Queen’s College Taunton are yet to release details on their game, but the winner will have the tricky task of hosting a strong Colston’s side. Meanwhile Marlborough College have already booked their place in the regional final and, having struck form, will fancy their chances against anyone.

Things kick off in South West B on Tuesday with a massive fixture between Malvern College and King’s Worcester, a game that could easily be a Cup game and could go either way. Then on Wednesday former ACE College, Henley College, host RGS Guildford in another cracking looking fixture.

Wednesay is the big day in North A of the Schools Vase, Wirral Grammar, who only just lost to Cup side Manchester Grammar over the weekend, head to Ermysted’s Grammar, while former Cup quarter finalists Lymm High will be hosting St Anselm’s College.

Mount St Mary’s v Trent College is yet to be confirmed, but Dame Allan’s and Harrogate Grammar, to strong yet surprisingly unheralded sides, will meet on Wednesday.

Midlands A’s action focuses on the catch-up fixture between Oundle and Wellingborough on Tuesday, the winner will then face The Perse. Meanwhile the date for Bishop Vesey’s v Coventry College is yet to be confirmed.

It’s a similar situation in Midlands A to Midlands B, St Columba’s and Hemel Hempstead play catch up on Tuesday for the chance to meet Aylesbury Grammar, while Ipswich and Bishop’s Stortford’s fixture is yet to be confirmed.

Mill Hill’s game against the side that progressed from the draw between Farnborough and City of London Freemen’s is still to be confirmed but on Wednesday Tiffin will host the rampantly un form Wallington County Grammar.

Skinners’, a dark horse for the Vase, are yet to confirm their game v Brentwood but on Wednesday Sutton Valence, who are unbeaten and a genuine title contender, host Simon Langton Grammar.

It’s all go on Wednesday in South West A as Truro host Richard Huish and Bristol Grammar School host The Crypt, which should be a good game after both secured strong victories over the weekend.

South West B’s regional semi finals kick off on Wednesday as in form Reading Blue Coat head to Dauntsey’s, then on Thursday Chrucher’s College will host Bryanston in what ought to be a good game.

Verulam v Tring (Midlands B, Round 3)

Haberdashers’ v Glyn (LSE A, Round 3)

The Schools Bowl is somewhat of a minefield tournament to keep up with this season, but there are some cracking games coming up in it this week in Round 3. North B sees in form Nottingham High head to Hill House, while both of Midlands B’s regional semi finals are confirmed, RGS Colchester v Roundwood Park and Verulam v Tring.

London & South East B sees Richard Collyer and Harris Academy catch up from Round2, while Glyn, so impressive this year, head to Haberdashers’ in Round 3. Meanwhile in the B section both regional semis are confirmed as Eastbourne College host Chislehurst & Sidcup and Gravesend Grammar welcome St Lawrence College. Over in South West A West Buckland welcome Bridgewater & Taunton, while in South West B Lord Wandsworth College host Brockenhurst College.

Outside of the knockouts this week it’s a fairly quiet Tuesday, the only game being Loretto, fresh from putting sixty past George Watson’s seconds, host Trinity Academy.

Eltham College travel to Hayes, which should be a good game, while St Olave’s are at Beth’s Grammar and Oakwood Park welcome Chatham & Clarendon. Meanwhile St Dunstan’s host Langley Park’s 2nd XV, and Reigate College head to Royal Alexandra & Albert, while Watford Grammar travel for a tricky one at Dr Challoner’s.

Over in Wales Christ College have another big game, this time at home to Bassaleg, while back across the border Tewkesbury host Cleeve and KES Aston head to KES Five Ways. Windsor Boys are at home against Holyport, with John Hampden Grammar in action against a strong Aylesbury Grammar School side.

Halliford have really impressed and will hope to do so again against Claires Court, similarly Fulham Boys at Grey Court, and Colfe’s at Cedars. Elsewhere Dame Alice Owens host Hitchin Boys, Burford welcome Wood Green, and it’s Ranelagh travelling to St James, while Riddlesdown Collegiate are at Saint Cecilia’s.

Thursday is a fairly quiet day as Wycliffe College make the trip to Backwell, while in Wales Cathedral School Llandaff have a big game at home to Clifton High School.