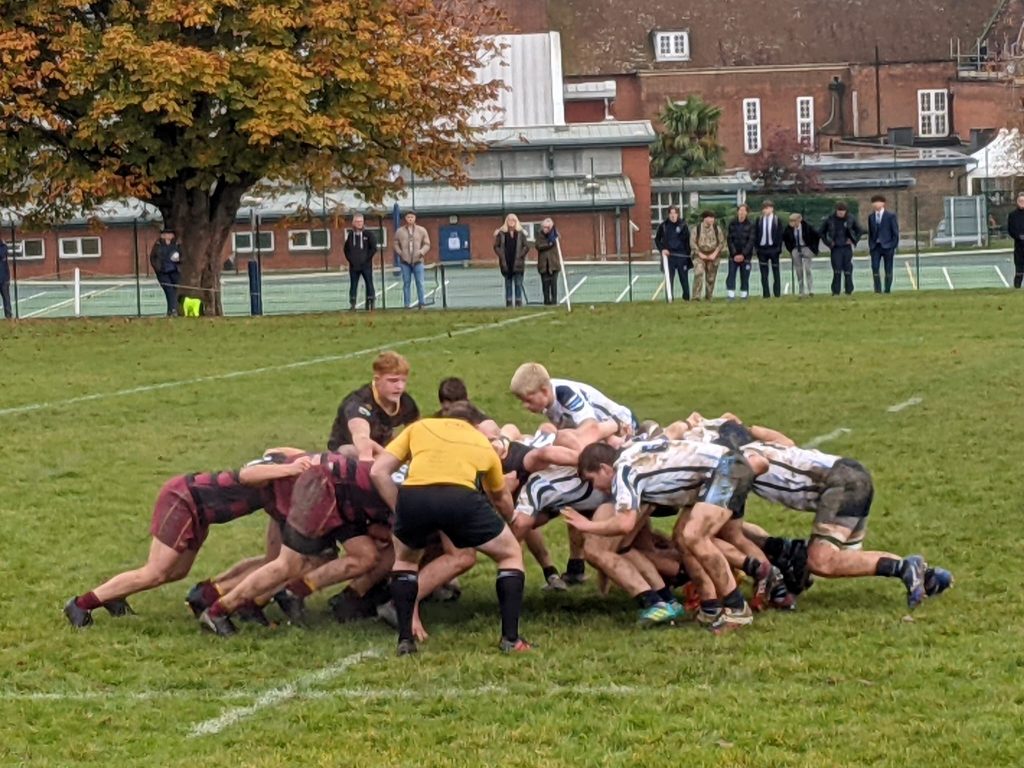 The Schools Cup, Plate, Vase and Bowl all saw plenty of action this week in what was, in most cases, Regional Semi Final week.

Across all four competitions though, there was some fantastic rugby this week and the Regional Final line ups are almost all decided now, with some mouth-watering ties coming up!

Barnard Castle booked their place in the Regional Final with an utterly sublime 45-10 performance against St Peter’s York on Wednesday. They will now host Woodhouse Grove, whom they lost to away from home on our live stream at the start of the season. It was an incredibly close game though and this should be a blockbuster Regional Final.

Midlands A saw one of the most dominant sides in recent Cup history, Warwick, just edged out by the ever impressive Rugby School, who won 13-10 away from home. Rugby could go very far in this competition, but first they will have to overcome a strong Oakham side in the Regional Final, who were very clinical in the closing stages to beat Moulton College, a former ACE side, 45-12, turning a closer game into quite a dominant scoreline by the end. Their regional final should be a real classic.

Midlands B has some waiting to do, Felsted have a bye to the regional final and will play either Bedford or Royal Hospital School, who meet on Tuesday.

London & South East A was so tight on Wednesday as four class sides took to the field. Harrow progressed to the Regional Final but were given a real test by St Benedict’s, eventually winning 13-8 but they will need to step up a level again in order to make the quarter finals because they will be facing a strong Hampton side. Hampton progressed after a titanic tussle with Dulwich College, who seem to be getting tougher and tougher as the year goes on but could not hold off Hampton, who won 14-7, setting up a brilliant Regional Final.

London & South East B might just have the most enticing Regional Final of the lot, a Croydon derby as this hugely impressive Trinity School side will host Whitgift. Trinity put in a brilliant display on Tuesday to beat a very strong Epsom College side 35-16, and you can read all about it here: Trinity 35-16 Epsom College. On Wednesday they discovered it would be Whitgift that they would face after the 2010, 2011, and 2019 champions, who also reached the 2020 final before Covid got in the way, travelled to St John’s Leatherhead for their first game of the competition and won 19-0.

South West A is as it was at the start of the week, Ivybridge and Sherborne meet next week and the winner will face Canford in the Regional Final.

Tuesday saw Monmouth get back to winning ways with a tight 14-8 victory over former champions Bromsgrove to send themselves into the Regional Final. There they will meet either Berkhamsted or Seaford College, two top sides, who meet on Wednesday night.

Stonyhurst College ended up with a walkover to send them through to the regional final. They will meet Stockport Grammar, who put in a brilliant performance on Wednesday to beat Merchant Taylors’ 24-8.

North B is one of those unwieldy Plate section, Thomas Rotherham ought to play either Hartlepool 6th form College or Hymers College at some point. What is known is that Grammar School at Leeds have a place in the Regional Final.

Midlands A has almost no information available, although rumour has it that Stowe have in fact already secured their place in the national quarter-final stage, with the other sides in the group having withdrawn. That remains to be confirmed.

Norwich and Finborough meet on Tuesday, and the winner will face Campion in the Regional Final, who have had a semi final bye.

KCS Wimbledon’s aims to claim this Plate trophy continued in style on Wednesday with a fantastic 20-3 defeat of Langley Park. They will play either Davenant Foundation or Latymer Upper in the Regional Final, their semi final is yet to be confirmed.

London & South East B is a bit behind schedule, but on Wednesday Wimbledon College booked their regional semi final spot against Christ’s Hospital after a superbly well contested 16-10 victory over John Fisher. Cobham International School and Caterham are yet to play their game, but they have time to spare as the winner has a bye straight to the regional final.

South West A is also behind schedule, Marlborough College are already in the regional final but have some waiting to do for an opponent. Colston’s are in the semi final but must wait for a result from the Bodmin College v Queen’s College Taunton game in order to have an opponent.

Tuesday saw King’s Worcester book their place in the regional final with a very strong 21-0 victory away at King’s Worcester. They will be facing former ACE side Henley College, who played superbly for a 27-14 victory at home against RGS Guildford.

Wirral Grammar are into the Regional Final in North A after they beat Ermysted’s Grammar 10-0 away from home in a dogged performance. They will face either Lymm High School or St Anselm’s College, whose result is yet to be confirmed.

Harrogate Grammar extraordinary form continues and in thrilling style in the North B regional semi final as they won a high scoring contest at Dame Allan’s 43-38. They will face either Mount St Mary’s College or Trent College, who meet on Wednesday.

Midlands A is a tad behind, on Tuesday Oundle progressed to the regional semi final, where the will face The Perse, thanks to a 25-10 victory over a good Wellingborough side. The other semi final takes place on Wednesday, when Bishop Vesey’s host Coventry College.

Sutton Valence, so impressive all season, extended their unbeaten season with a 36-7 defeat of Simon Langton Grammar on Wednesday, booking their place in the Regional Final. They will face either Skinners’ or Brentwood, who meet on Wednesday.

Truro moved into the section final with a 24-12 defeat of Richard Huish on Wednesday. They will be hosting Bristol Grammar, who won a really tight game against the in form The Crypt School, 19-13.

Reading Blue Coat, who are part of tonight’s live stream, won 14-10 at Dauntsey’s on Wednesday to reach the South West B regional final. On Thursday they discovered that it will be Bryanston that they host, who won an even closer game, beating Churcher’s College 7-5 away from home.

Wilmslow High are into the Regional Final in North A thanks to a 19-0 victory over Wrekin College, while in North B Nottingham High School make the regional semi finals with a stunning 54-3 victory away from home at Hill House.

In Midlands B the regional final will be RGS Colchester v Verulam after both enjoyed dominant victories, RGS Colchester beating Roundwood Park by a stunning 51-0 margin, while Verulam beat Tring 32-0.

In the South West, West Buckland are in the A section regional final after a 29-0 win over Bridgewater & Taunton, they could meet Wycliffe College, who enjoyed a 24-5 victory at Backwell to reach the regional semi final. Over in the B section, Lord Wandsworth College booked their regional final berth with a tight 22-19 victory at home to Brockenhurst College.

There was plenty of good rugby outside of the knockout competitions, too. On Wednesday Aylesbury Grammar won 34-18 at John Hampden Grammar, with Sir William Borlase’s winning a tight one v Royal Latin 8-3, and Langley Park’s 2nd XV also winning a low scoring one, 5-0 at St Dunstan’s.

Elsewhere, Eltham College sealed a 17-12 victory at Hayes, while Reigate College beat Royal Alexandra & Albert 39-3 away from home and Colfe’s were similarly good away from home, beating The Cedars 34-5. Meanwhile St James’ did one for the home sides with a 42-12 defeat of Ranelagh, similarly Leighton Park, who beat Reading Blue Coat’s 2nd XV 29-7, and Windsor Boys’, who beat Holyport 31-7.