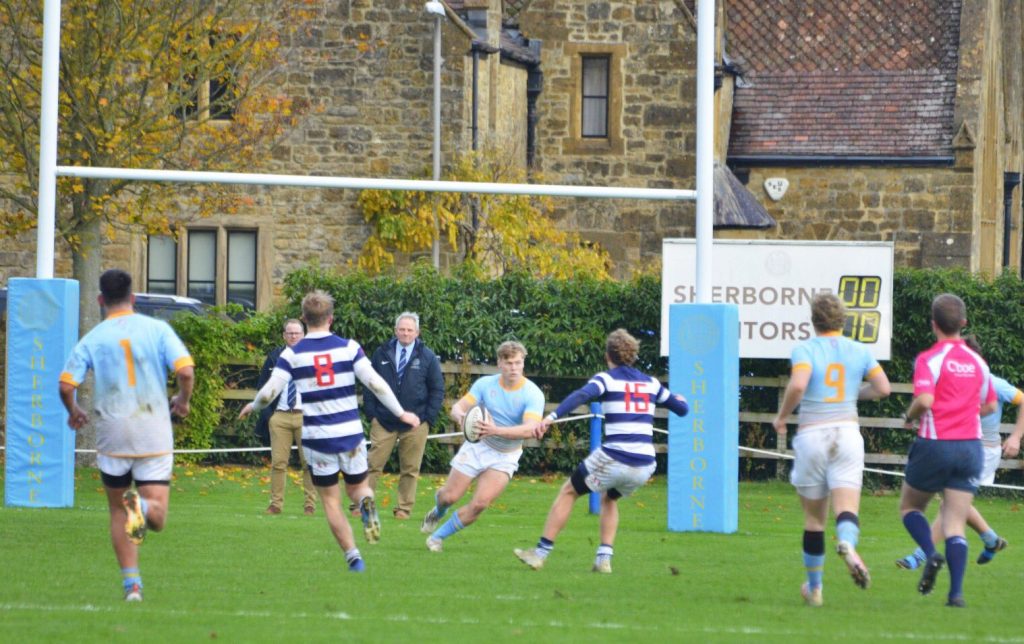 After such an epic weekend, the top quality school rugby looks set to continue into the weekend with some absolutely fantastic fixtures lined up.

By the end of the week the U18 Schools Cup regional finals will be finalised, while there is also action in the Plate, Vase, and Bowl, as well as dozens of other non-knockout games right across the country.

The first of the week’s Schools Cup fixtures takes place as Bedford host Royal Hospital School in Midlands B. It is an intriguing game, Royal Hospital School are in sensational for and are unbeaten currently, while Bedford have played some sublime rugby at time and at others they have faltered, including a tough loss at Oakham on Saturday. On Tuesday at home they will surely be back to their fighting best, but RHS are going to be a really tough nut to crack. The winners will host Felsted in the regional final, whom RHS beat on Saturday, and this just feels set up to be an absolute cracker on Tuesday.

Over in the Plate it is Midlands B there that sees action too as Norwich host Finborough, another game that could be much closer than traditional perceptions might have you believe, Finborough have been excellent this season. The winner faces a tricky game in the regional final too, hosting Campion, a former Cup winner.

Elsewhere look out for Ipswich v Kirkham Grammar, Ipswich are one of the rising stars in schools rugby and a very strong side, while Kirkham Grammar School are unbeaten and one of the top handful of teams in the country, it could be an absolute epic.

Woodbridge meanwhile host King’s Ely, with The Leys in action against Cambridge Vipers, while in London Eltham College travel to Beth’s Grammar and Hayes head to Chislehurst & Sidcup Grammar.

There is some absolutely brilliant Schools Cup action on Wednesday, not least in South West B where unbeaten Berkhamsted take of the powerful and skilful Seaford College at Saracens’ StoneX Stadium. It promises to be an epic clash, as does the regional final, which will see the winner heading to Wales to take on Monmouth.

Over in South West A there is another potential classic as Ivybridge Community College, so often so good in this competition, host Sherborne, who reached the 2020 semi finals and enjoyed a brilliant victory over Marlborough College over the weekend. It could be a brilliant game and the regional final looks set to be a classic too as the winner will host Canford.

There is loads of action in the Schools Vase, too. North B sees Mount St Mary’s College host Trent College, a game that should produce some spectacular rugby. The winner will head to Harrogate Grammar in the regional final, a stiff challenge against a side that has been so strong this year.

Midlands A sees a cracking fixture between Bishop Vesey’s and Coventry College, they will have to wait a bit to find out their regional final opponents though, Oundle and The Perse are yet to meet.

Midlands B will see Aylesbury Grammar head to St Columba’s College, from which the winners will head to Ipswich, who are looking so impressive this year. Meanwhile in London & South East B, Brentwood have the tough task of a trip to the seriously in form Skinners’, who again impressed on Saturday in their defeat of St John’s. The winner there will host the equally impressive Sutton Valence in the regional final.

There is also Schools Bowl action on Wednesday as Nottingham High host Ratcliffe College in North B and KES Five Ways welcome KES Stratford in Midlands A.

One of Wednesday’s biggest games will be the Modus Cup at Sixways Stadium, the annual derby game between King’s Worcester and RGS Worcester. An expected 4,000 people are expected to be in attendance, and it looks like that our cameras will be there to bring you the game live. Every year it is one of the highlights of the season, and with both sides looking so evenly matched this season it could well be a classic alongside the likes of the game in 2017 that ended 13-10 to RGS Worcester. We will be previewing this game in greater depth later this week.

Elsewhere there are plenty of other massive games, not least the traditional season opener between Durham and RGS Newcastle, which is always a fantastic spectacle. Indeed the North of England is a hotbed for good fixtures this midweek, with Cheadle Hulme hosting Lymm High School and Manchester Grammar welcoming Ripley St Thomas. Meanwhile Wirral Grammar are at home to Altrincham Grammar after a rest over the weekend, and over in Yorkshire Ashville College host Ripon Grammar. In Scotland Marr College host Glasgow Academy.

Down in London one of the games of the day is going to be Hampton hosting Henley College, Hampton gave been good this season and will be keen to bounce back after defeat at the weekend, but Henley will be tricky, the former ACE side are now affiliated with Ealing Trailfinders and look like they are going places. Elsewhere look out to Halliford, who host Holyport, while Fulham Boys welcome Mill Hill’s 2nd XV and St James’ travel to Leighton Park.

There are some absolute crackers on Thursday and one of the biggest of all sees Clifton College host Marlborough College. Clifton won in dramatic circumstances against Wellington College on Saturday, putting them in position to do something really special this season, but they cannot afford any slip ups, and a Marlborough College side that has played really well over the last month of so will be determined that they can be that banana skin.

Look out too for Harrow v Eton College and absolute classic schools rugby fixture and one the could be a fantastic game of rugby on Saturday, too. Harrow are so strong but Eton are playing really good rugby, as evidenced by Saturday’s victory over St Paul’s, however Harrow won a huge contest against Tonbridge over the weekend too. It should be a cracker.

Rugby School’s brilliant season resumes on Thursday too, they host Oundle who will be keen to make a mark against Rugby. It is going to be such a challenge though, Rugby have been so good all season and only Clifton have got the better of them.

Elsewhere Beechen Cliff’s non-ACE side is taking on Monkton Combe, while Downside again look to impressive, this time away at King’s Bruton, while Bryanston head to Wells Cathedral and Sexey’s welcome The Gryphon.

One of the key games of the day is surely going to be Cheltenham College’s trip to Sir Thomas Rich’s, two sides so closely linked to Gloucester in the Gallagher Premiership and with some fantastic players across both sides. Meanwhile in the East of the country Worth welcome Christ’s Hospital for what ought to be a good game and Berhany travel to Ashford.