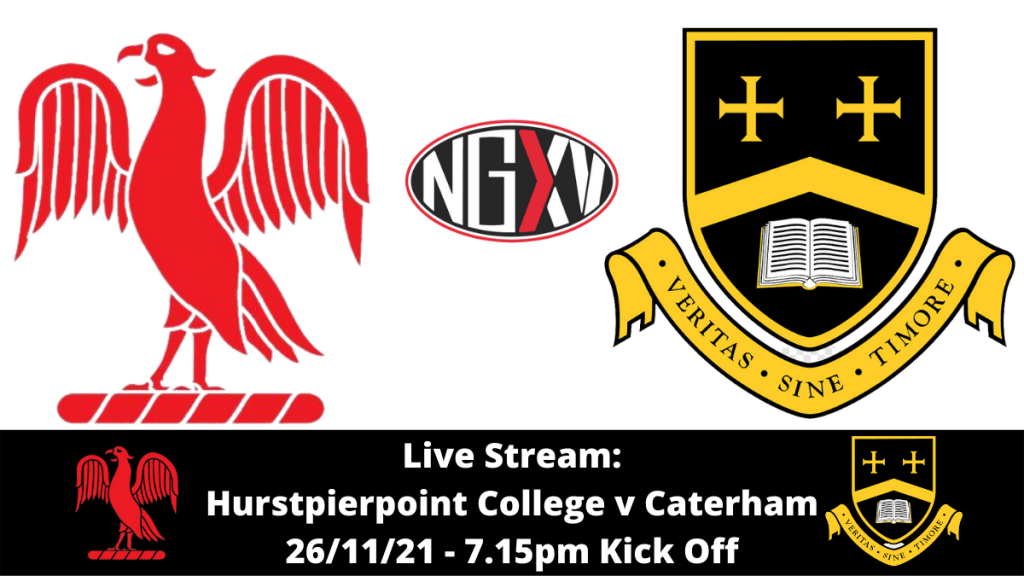 Kicking off at 7.15pm the game will be part of a bumper week of live streams that also includes Wellington College v Sedbergh, Millfield v Clifton College, and the Schools Vase game between Reading Blue Coat and Bryanston.

You will be able to watch Hurstpierpoint College v Caterham on our YouTube channel or embedded below this paragraph, and it should be a cracking game.

It is actually six years since these two have met at U18 level, a surprising stat given their relatively close proximity and playing level over the years. Hurstpierpoint College won that one 20-10 and will be eager for more of the same this time around.

In many ways things point towards a pretty even contest, though both sides have had a tough time of things over some periods of this season. Hurstpierpoint College have won just two of their eight fixtures, while Caterham winning 3 and drawing one of their nine.

That perhaps suggests a tilt slightly Caterham’s way, particularly with their last game being a thumping 50-7 victory over Colfe’s, while Hurstpierpoint haven’t won since their 14-10 victory over St John’s on the 25thSeptember.

However Hurstpierpoint did later travel to the St Joseph’s Festival and performed well for an 8th pace finish, from 16 teams in the competition, and their fixture list includes the likes of Harrow, Hampton, KCS Wimbledon, and Trinity, four of the strongest sides not just in the south east but in the country.

They will believe that that greater battle-hardening of top quality experience will stand them in good stead to off-set the confidence boost that Caterham will arrive with following that stunning performance last weekend.

In reality though, none of that matters, this is all about a top quality schoolboy rugby occasion. It represents the joy of being able to play the game again, under the lights on a Friday night in front of friends, family, and our live cameras for anyone that can’t be there.

It promises to be an absolutely sparkling evening of schoolboy rugby.