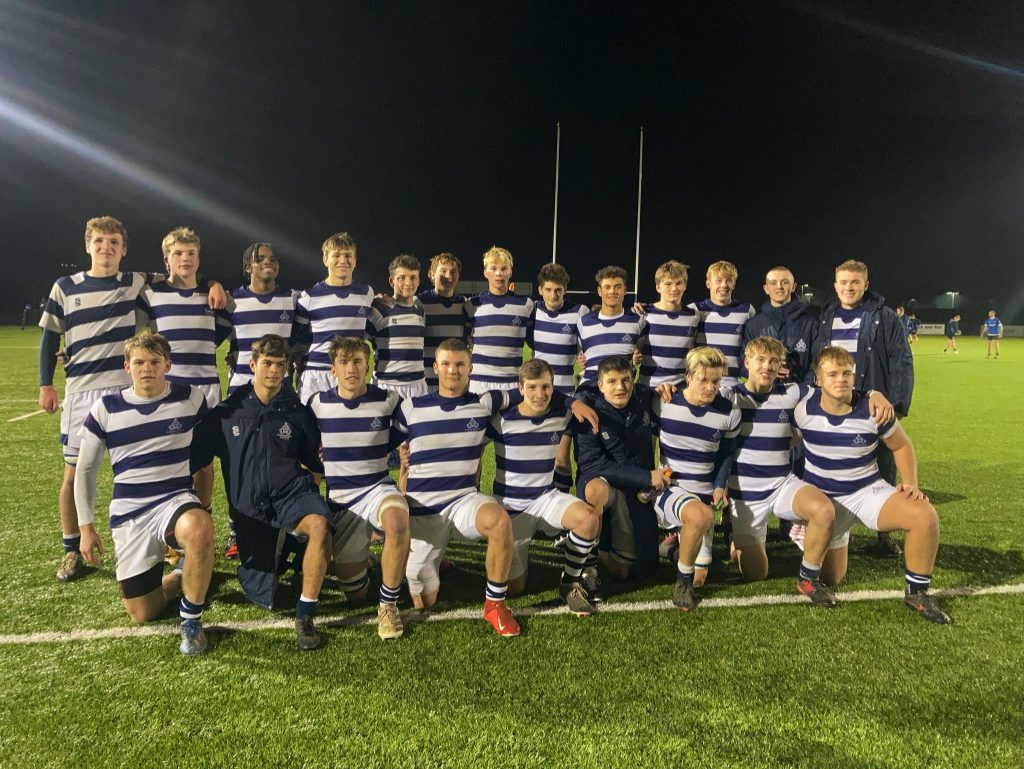 It has been an absolutely extraordinary week of school rugby, with fantastic game both inside and outside of the knockout competitions, including two superb games on our live streams.

The bulk of the U18 Schools Cup, Plate, Vase, and Bowl quarter finalists were confirmed, while some of those competing outside of those competitions put on an absolute show, not least in an incredible game at Broadstreet RFC on Wednesday evening.

Six of the eight quarter finalists in the U18 Schools Cup are now confirmed, with Harrow v Hampton in London & South East A and Sherborne v Canford in South West A to be played next week.

It is looking like an incredible quarter final lineup already. The big news was that the reigning champions,Whitgift, were knocked out by local rivals Trinity, who are playing some absolutely stunning rugby at the moment and have a real shot at going all the way. There were some other astonishing performances though, not least Kirkham Grammar School, who beat Cheadle Hulme 59-0, an incredible scoreline for a regional final and they must be considered among the favourites. That was North A, over in North B we had a classic as Barnard Castle beat Woodhouse Grove 38-24. They met on our live stream back in September, with Woodhouse Grove winning a low-scoring one, but this one opened right up and it was Barnard Castle who go through and chase a first ever Cup triumph, having reached so many finals.

The Midlands sections were extraordinary. Oakham laid down a marker that says they have to be considered among the favourites as they knocked out Rugby in Midlands A. Rugby have been utterly brilliant this season, but Oakham travelled to The Close and came back with a brilliant 36-26 victory. Over at Bedford there was an extraordinary game between the hosts and Felsted, but it was Felsted who came through, 38-33. Over in South West B, Berkhamsted’s unbeaten march through the season continues. They were tested incredibly hard in Wales against Monmouth, but came through for a 26-18 victory and a place in the quarter finals.

The Schools Plate also has six of the eight quarter finalists confirmed, with Norwich v Campion in Midlands B and Wimbledon College v Caterham in London & South East B to come next week.

Stowe were already through in Midlands A, but through the week the another five would join them, starting on Tuesday when Grammar School at Leeds earned a walkover in North B over Hartlepool 6th form College. KCS Wimbledon would progress from London & South East A via the same means over Davenant.

That left three games to be played, all on Wednesday, and in North A there was an absolute firecracker as Stonyhurst College and Stockport Grammar went head to head in an epic clash, drawing 29-29 but with Stockport going through having scored more tires. Things were nearly as close in South West A between Colston’s and Marlborough, but it was Marlborough College who would progress to the Quarter Finals there thanks to an epic 27-25 victory at the home of the most successful side in Schools Cup history. They will be joined from South West B by Henley College, who won another close Regional Final, defeating King’s Worcester 14-7 away from home to progress.

The Vase also has a few games remaining, Skinners v Sutton Valence in London & South East B and Truro v Bristol Grammar in South West A are taking place next week, while Oundle v Coventry College in Midlands A is yet to be arranged, that is because Oundle were a round behind on Tuesday when their impressive 34-10 defeat of The Perse sent them to the Regional Finals.

Heading to the quarter finals are St Anselm’s College, who defeated Wirral Grammar 25-17 to progress from North A, while in North B Mount St Mary’s College progress to the quarter finals after a cracking contest at Harrogate Grammar, winning 38-17. They could be among the favourites, but it will take something special to stop Ipswich at the moment, they progressed from Midlands B with an extraordinary 59-8 defeat of Aylesbury Grammar.

Over in London & South East A things were much closer, Wallington County Grammar beating Mill Hill 11-7 to progress, while in South West B under the live cameras from NextGenXV Reading Blue Coat put in a stunning display against Bryanston to progress. Scoring inside of 30 seconds, they were 33-0 up at the break and ended up winning 40-19 in a game that had been expected to go right down to the wire. You can see that game below.

The Schools Bowl await confirmation of who is in the North A final, while in South West B Cokethrope and Lord Wandsworth College will meet next week. Meanwhile an exact date for the South West A final is yet to be confirmed after Wycliffe College beat King’s Gloucester 12-11 in that regional semi final on Thursday, they will be facing West Buckland.

Elsewhere the Quarter Finalists were confirmed, Nottingham High progressing from North B with a 35-7 defeat of Pocklington, RGS Colchester heading out of Midlands B thanks to a 43-17 defeat of Verulam, and Eastburne College reaching the quarters from London & South East B thanks to a 22-19 defeat of Gravsend Grammar. Elsewhere, Richard Collyer progressed from London & South East A thanks to a thrilling 27-24 defeat of Glyn. In Midlands A the quarter finalist has still to be confirmed to us after KES Stratford and Hills Road drew in thrilling fashion, 27-27.

There were just a couple of games on Tuesday, a stunning 42-7 victory for Loretto as they saw off Melrose RFC, and a strong 24-7 victory for Wymondham College over King’s Ely.

The big highlight of Wednesday was that incredible 32-32 draw between Sedbergh and Wellington College up at Broadstreet RFC, it was a stunning game of rugby and you can read our full report from the game here: Sedbergh 32-32 Wellington College, as well as watching the game below.

Elsewhere, Denstone College continue to impress, they defeated Worksop College 38-19, while Bloxham are also looking brilliant, their 65-0 victory over Princethorpe College was a real standout.

Thursday was relatively quiet, playing their second game in three days was a tough ask for Wymondham College and they went down 23-11 to Gresham’s. Meanwhile in the South West there was a thrilling game between Monkton Combe and KES Bath, it could have gone either way but eventually ended 27-26 in Monkton Combe’s favour. The result from Clayesmore v Milton Abbey is yet to come through.