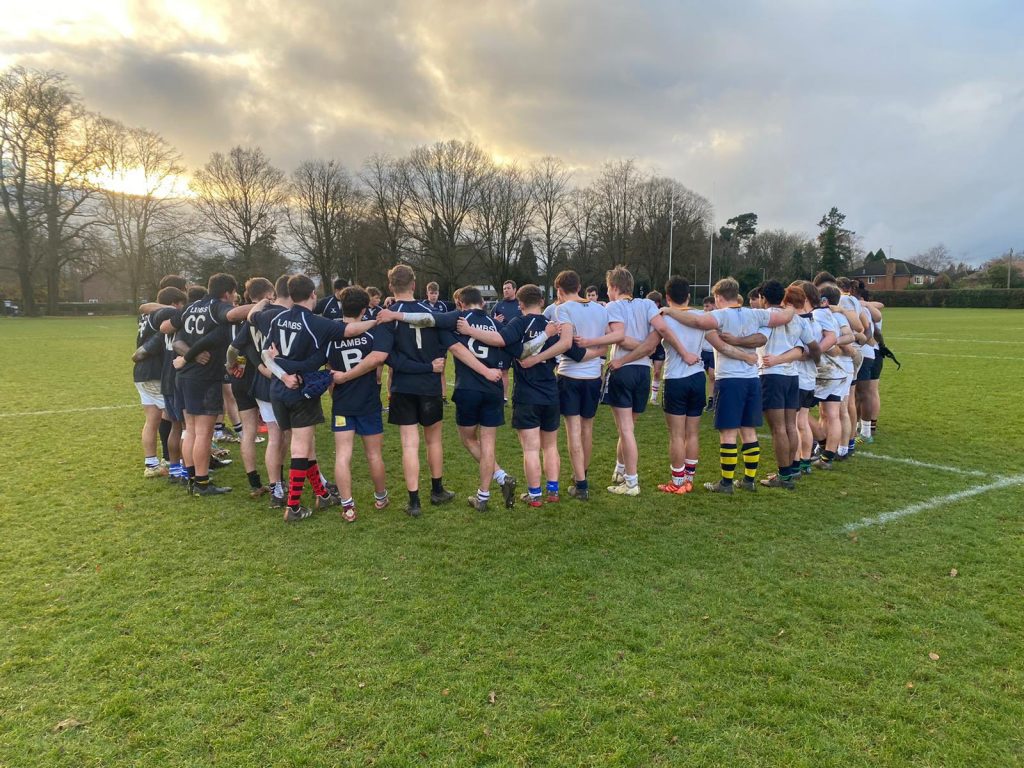 After nearly two years since the last Lambs U18s fixture, it is with great excitement that the Invitational side returns for the 2021/22 season.

The Lambs have existed since 2006 and were set up to promote traditional rugby values and a style of rugby that epitomises that Corinthian spirit, it creates openings for young players to showcase their rugby skills having perhaps been unable to do so elsewhere due to a lack of selection opportunities or other commitments.

The mantra is ‘fast and free’, which is their style of play and is derived through giving ownership to the players rather than being coach-led. It is rugby for the pure joy of rugby.

The Lambs season always begins with the nominations process, though which players are nominated by their heads of rugby – the only requirements being that they are not in a Premiership Academy, RFU Elite or Aspirational Pathways, playing Divisional rugby above, and that they are in their final year of school.

There were over 350 nominations, with 78 players taking part in ‘Chairman’s Day’ on Sunday, where three teams will play each other at Oundle School in a round robin format. The programme has had a slight adjustment to previous years, with three Development Day areas (Eastern/SE, Southern/SW and North/Midlands) each of which ran two days – on December 12th and January 9th – leading to the Chairman’s Day this Sunday 16th January.

“I can’t express how grateful we are to be able to run the programme again. It is exciting to be up and running, and hopefully the players have had a great experience so far, with more great memories to be made both this Sunday, and as we put together teams to take on Irish Exiles, Coventry Academy, Boys Club of Wales and The Crawshays. The standard has been exceptional and shows the strength of the school boy game across the county, this Sunday will be a showcase of that.”

“I would like to extend a massive thank you to all the school masters who have supported the programme by nominating players, they are key to it being such a success and with their support we are able to offer a fantastic programme for the pupils. In addition to this, a special thank you to Monkton Combe School in Bath, Berkhamsted School, The Perse School in Cambridge, Ilkley RFC, Mount St Mary’s in Sheffield and Oundle School – all of whom have hosted for us this season. The standard of facilities and support on offer has been exceptional, and again allows us to offer the best programme possible. “

Following Chariman’s Day, the Lambs season will be in full swing with a number of fixtures coming up, including a season opener against Irish Exiles on Sunday 23rd January.

So far there are four fixtures confirmed, with news to follow on their annual Tour, due to covid that decision has been delayed.