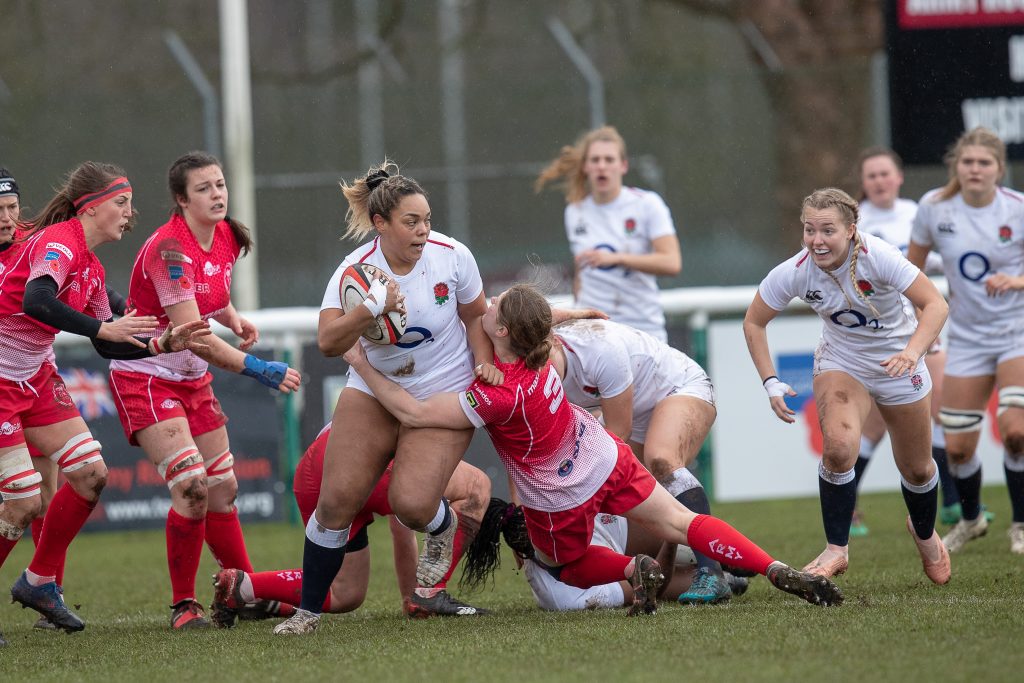 The England Women’s U18 squad for 2022 has been named after a series of regional camps in late 2021 helped to form the squad.

Head Coach James Cooper has selected a 34-player squad, made up of players from ten centre of excellences following on from the final selection game towards the end of 2021, when the wider group played a North v South game, reminiscent of the old probables v possible games, to aid with selection.

Gloucester-Hartpury provide the most players with 9 representatives in the squad, while Yorkshire have six and Exeter Chiefs five. Bristol Bears have four players in the squad, Loughborough Lightning 3, and the North East and Cumbria each have two, meanwhile Worcester Warriors, Saracens, and Wasps all have one player each in the squad.

He group will have training camps in January and March ahead of matches in February and April.

Speaking to www.englandrugby.com about the squad, which the governing body seem to be celebrating in a way that the closely guarded Men’s U18 squad has so far not publicly been, head coach James Cooper said:

“It was extremely tough to narrow down and select the group after the quality of potential and performances shown by players both in camps and the game in December with some good players narrowly missing out, this is testament to the great work being done at clubs and colleges, constituent bodies and centre of excellences.”

“We have gone with the 34 selected players as we believe they give us a good balance across positions. This also gives the players the opportunity to challenge for selection into the playing squads for the exciting games coming up in February and April which will be invaluable for their development and learning, and currently show the potential to progress up the international pathway for U20 and future Elite Player Squad (EPS) honours.”

“We’re always identifying talent by regularly visiting the centres of excellence and February and March sees the centre of excellence festivals take place, which is another chance to look at potential players who could be selected in future England pathway squads.”