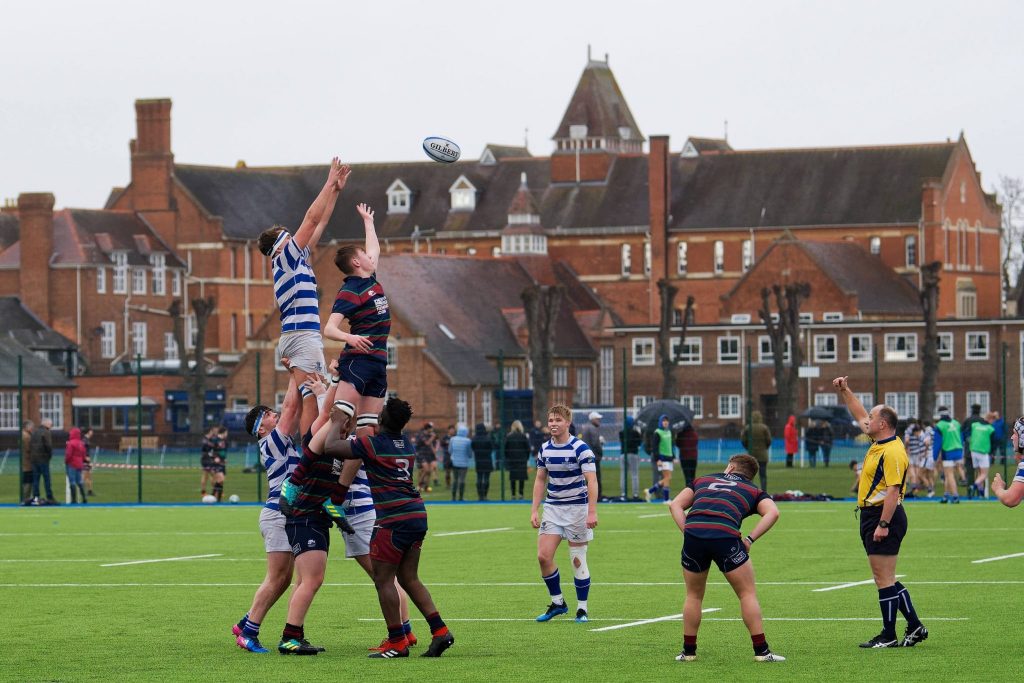 This weekend sees school rugby games on both Friday and Saturday for the first time since last term, with some mouth-watering contests on the fixture list.

Despite many schools having a number of players missing due to various representative commitments, the standard looks set to be incredibly high and the competition intense.

The action all starts on Friday evening and among the massive games is a tussle between Ipswich School and Sedbergh’s U17s at Loughborough University. It might be the Sedbergh U17s but they are going to be a terrific outfit, but it is a huge fixture for Ipswich, whose climb up the school rugby ranks has been rapid.

Also on Friday is another cracker as Birkenhead and Stonyhurst College go head to head in what ought to be a top encounter, both have played some excellent rugby at times this year. Mount Kelly are also in action this weekend, they are facing local club side Devonport Services RFC.

Rolling through to Saturday where the fixture list is absolutely packed with thrillers, among them a fixture that should be absolutely fantastic, Warwick v RGS High Wycombe, two sides with bags of quality that ought to put on a really top game of rugby.

Elsewhere nearby, Bablake & King Henry VIII Coventry have a massive game against Kirkham Grammar’s U17s, who, like Sedbergh on Saturday, are going to be a top class outfit. Elsewhere in the rough area, KES Stratford are at home against Loughborough Grammar School.

Further East is one of the weekend’s best looking fixtures as Northampton School for Boys welcome Whitgift as part of their increasingly challenging circuit this year. Both reached the Schools Cup semi finals in 2020, so this is a game with some real pedigree behind it and should be a top contest.

Whitgift’s great rivals John Fisher are on the road again, they travel to Tiffin in what promises to be a strong encounter based on recent form. Meanwhile St Benedict’s look to back up their fantastic victory over Northampton School for Boys least week as they host Glyn. Also looking to make it back to back victories are Brighton College, they won on the road at Campion last week in trench-like conditions, they are on the road again this week at Ravens Wood.

Campion, meanwhile, are on their travels, they head to Chislehurst & Sidcup Grammar, who last week just missed out against John Fisher. Winchester College are in action at ACS Cobham International, while Brentwood welcome St George’s Harpenden.

In the South West there is the potential for a huge clash as Sherborne, the Schools Cup semi finalists, host Millfield, the St Joseph’s Festival champions who have had an unbeaten season. Only the possibility of remaining Covid restrictions at Sherborne may see that one under threat, but with any luck it will go ahead as it could be a classic. Millfield also have another clash on Saturday though, so if both go ahead then expect a split squad, they are hosting Welsh Academicals in their annual tussle.

In the North West King’s Macclesfield v Wirral Grammar promises to be a top encounter, so too St Ambrose College against Mount St Mary’s College, who have a massive Vase semi finals to prepare for. Manchester Grammar School meanwhile welcome Lancaster RGS, which should be another cracking encounter, and across the Pennines, Hymers College welcome RGS Newcastle’s U17s, and with that RGS side looking strong, it ought to be a top game.

Scotland is a hive of activity this weekend, Dollar Academy, fresh from progressing to the semi finals of the Schools Cup, are hosting St Aloysius’ College, who lost out in last week’s quarter finals to Merchiston Castle. It was Hutchesons’ Grammar who lost out to Dollar, their first defeat of the season, they will be hoping to quickly get back to winning ways but have a tough home game against George Heriot’s on Saturday. Dundee High School also missed out on a place in the semi finals, they lost out to George Watson’s but have a chance to bounce back on Saturday when they travel to Bell Baxter.

Queen Victoria School progressed to the semi finals of the Shield last week, and this week they host a tough Kelvinside Academy outfit. Loretto are another that qualified on Saturday in the Shield and now have a tough fixture to back it up this week, they head to Strathallan, who have looked good all year. Also progressing in the Shield were Morrison’s Academy, this week they host Glasgow Academy. Elsewhere, Edinburgh Academy are back in action after defeat to George Heriot’s last week, they host Glasgow High, while Robert Gordon’s College face a club side in the form of Aberdeen Wanderers RFC.