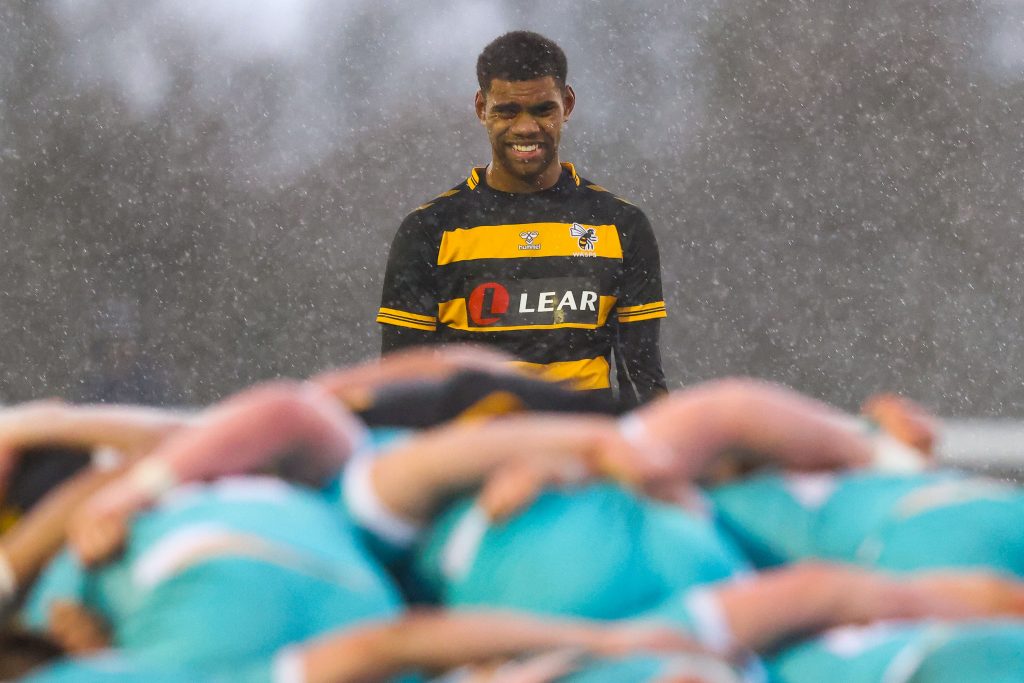 Round 5 of the Premiership Rugby U18 Academy League sees the jostle for a shot at the title really tighten up, with just Round 5 and a further to rounds left to play before the play offs.

At the culmination of the 7 rounds, each team will play their counterparts from the opposite Pool to determine their final ranking, with top in the North Pool facing top in the South Pool for the 2022 Premiership Rugby U18 Academy League final, which was last played in 2020 and saw Leicester Tigers and London Irish have a dramatic share of the title after a draw.

This week Leicester Tigers have a bye, as do Saracens, although they will meet in a friendly. London Irish meanwhile host Bristol Bears, who are one of just two teams to have won all of their matches so far. The other is Harlequins, and like Bristol Bears their record is played three won three, they host Bath this weekend, who are on a two game winning streak. The other game in the South Pool sees Exeter Chiefs host Gloucester, with both sides looking to get their first win.

In the North Sale Sharks top the conference but lost their unbeaten record last week to Newcastle Falcons, they head to Yorkshire Academy on Sunday. Newcastle meanwhile host in form Worcester Warriors, while Wasps return from a week off to host Northampton Saints, who are currently second in the conference.

After their brilliant victory over the previously unbeaten Sale Sharks last time out, Newcastle Falcons have unsurprisingly changed little ahead o Saturday’s game against Worcester Warriors at Kingston Park. Jake Metcalfe is fit again at comes in at left wing for his first start of the campaign. The only other change sees Ben Wright get a go on the bench, if he comes on it will be his first appearance of the campaign.

Worcester Warriors have won their last two in a row and will be arriving at Kingston Park equally full of confidence. They too make few changes to the side that beat Northampton Saints, Jack Kinder of Solihull moving from the wing to outside centre, allowing Stourport High’s Billy Emerick a first start of the season on the wing. RGS Worcester’s Loic Keasey returns at hooker, while on the bench George Boyle and Will Owen both return.

Wasps ought to be well rested ahead of Saturday’s game at Aylesbury RFC against Wasps, having had a bye last week. Last time out though they missed out against Worcester and have made a few changes from that side. Mason comes in at fly half, with Annand moving from 10 to 12, while Glister returns on the left wing. Berkhamsted’s O’Driscoll earns a first start of the Academy League season, he comes in at loose head, while Jones returns at hooker and Opoku-Fordjour comes back in at tighthead. In the second row McDermott returns, as does Bell, who makes his first start since Round 1 with skipper Hornby out. Blakesley-Grimes also returns at openside, while McGowan could make a first appearance from the bench alongside Newcombe and Myall, who return after missing out last time out.

Northampton Saints are going to be itching to get this game started after that gut-wrenching defeat to Worcester last time out. They have rejigged their backline a little, with Frankie Sleightholme of Northampton School for Boys returning on the left wing. That change sees Oakham’s Toby Cousins move to outside centre and Royal Hospital School’s archie Kean move in one from 13 to 12, meanwhile it’s a first start of the campaign for Rugby’s Kieran Gilmour at 9. Up front Sam Ferrari returns at loosehead, it’s the Samuel Whitbread Academy man’s first start since Round 1, meanwhile Bedford’s James Bennett returns to the second row. On the bench there could be first appearances for Ipswich’s Lucas Nesbitt-Hadaway and Will Lamprell, Rugby’s Josh Weru, and Bedford’s Will Brock.

Yorkshire Academy have made a number of changes to the side that lost out to Leciester Tigers last time out. Turpin comes in at full back for his first start of the campaign, with Worthington moving to the right wing, while there is also a first start for McCormack, who comes in on the left wing. Up front Parker moves from loosehead to tighthead, with Medway getting a first start of the campaign on the loose, meanwhile Smith comes in for his first start in the second row. In the back row there are first starts for Freeman and Drew, at openside and number 8 respectively. On the bench Briggs returns for the first time since round one, and their could be a first appearance for Willard.

After losing their unbeaten record last week, you can be sure that Sale Sharks are going to be absolutely itching to get this one underway on Sunday. They have had to have a bit of a rejig, too. Star fly half Charlie Wardle moves from fly half to full back, with Finn Rogers moving from the bench to fly half. Joe Finnegan gets a first start on the left wing, and it’s a similar story for Al Whitfield at outside centre. Owain Williams returns on the right wing after starting in Rounds 1 and 2. Up front Charlie Bancroft steps in at hooker from the bench last week, so too Paddy Jones in the second row, while skipper Huw Davies moves from number 8 to the second row, Will Riley moving in the opposite direction. Tom Campbell meanwhile switches from openside to blindside, with Tristan Woodman coming in at 7. On the bench Rorio Zheng, George Arnold, and James Legg could all makes their first appearances, while Niall Povall returns after missing the previous two rounds.

In this massive tussle for a first victory of the U18 Academy League season, Exeter Chiefs have stuck with largely the same side that missed out in last weeks thriller against Harlequins. The pack is unchanged, while in the backline Charlie Groves and Joe Walker return for the first time since Round 1. Walker starts at scrum half, with Groves at full back, a change that sees Dan Hamilton-Strong move to the left wing. On the bench there could be first appearances of the campaign for Callum Arnold, Charlie Parr, and Ben Coen.

Gloucester have made a number of changes in their side from the one that lost out to Quins a fortnight ago, with Harptury College duo Max Knight and Ty Lewis coming in on the wings. That move sees Dean Close’s Ioan Jones move to full back, while Hartpury’s Tom Samak and Cheltenham College’s Tom Riman swap positions in the centres. Up front Park House’s Tyler Harvey earns a first start at loosehead, while alongside him Hartpury College’s Casey Williams moves from Openside to hooker, with skipper George Merritt moving to the bench and handing the captaincy to fly half Keillen Cullen. In the second row Rhys Ford comes in for a first start since Round 1, while Cleeve’s Sam Anson moves from the second row to the blindside flank, with Freddie Stevens moving across to openside.

This is a massive game on Saturday evening, Harlequins are unbeaten and looking to extend that but Bath are bang in form having won their last two. Harlequins have made a few changes to their side, Hampton’s Ethan Knight comes in for the injured Finn Tawse on the left wing, his first start since playing full back in Round 2. At scrum half Murdoch Lock of Wellington College gets a first start at scrum half, while up front Ethan Clarke of Worthing College returns to the starting lineup at loosehead for the first time since Round 2. In the back row Jonathan Smith moves from 6 to 8 and his Brighton College teammate comes back into the side at 6, having missed round 3. On the bench there is a possible first appearance for Trinity’s Conor Byrne, while Millfield star Amir Sultan-Edwards returns for the first time since starting in Round2, Tosin Teriba of Gordon’s also returns for the first time since Round 2.

Bath are boosted by the return of their captain, Sherborne’s Arthur Green, at number 8. His return, coupled with injury to last week’s skipper Will Jeanes, sees Millfield’s Max Jenkins move from 8 to the second row, while in the front row his Millfield captain Eric Nixon-Castillo returns at loosehead for a first start since the opening round. The backline is unchanged, while on the bench Harvey Matthews returns after missing the last two games, and Jaden Ephgrave and Ollie Byrne could make their first appearances.

London Irish have not won a since the opening round and now have the mammoth task of taking on the unbeaten Bristol Bears, but they have been in the hunt in every defeat, missing out by the narrowest of margins – they are playing well. As such they keep their changes to a minimum, the only one being at blindside flanker, where Claire Court’s Will Dempster comes in row a first start of the campaign. Meanwhile Wellington College’s Thierry White returns to the bench.

Bristol Bears also make few changes after that utterly thrilling victory against Saracens last time out. Clifton College’s Sam Worsley is fit and able to start after a first appearance of the campaign last week from the bench. He starts at fly half, which sees a move for Henry Hawkins from fly half to outside centre. At openside flanker, Sasha Pootapenkov comes in, while Myles Langley returns to the bench after missing out on Round 4.