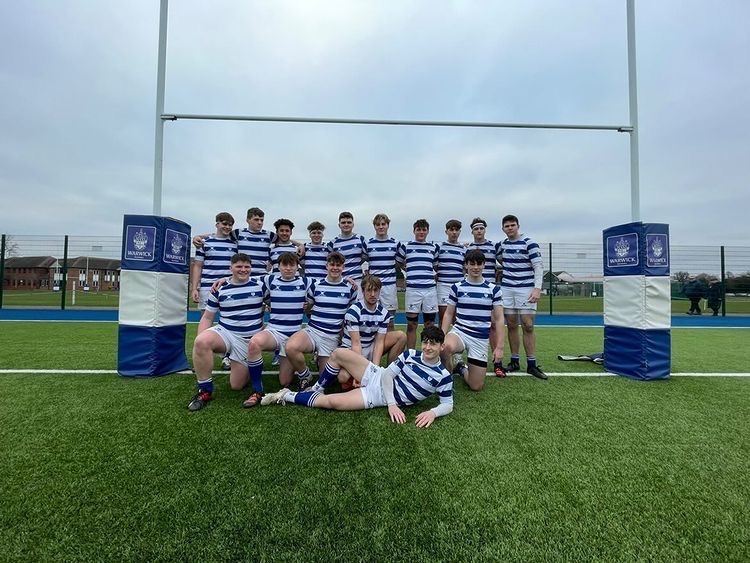 This weekend saw some absolutely fantastic rugby being played all over the country in one of the fullest weekend’s of 2022 so far.

Despite the U18 Academy League and the Lambs having games, some incredibly strong teams were still able to be put out and they put in some sparkling performances.

There were a couple of Friday games for the first time this year and they lived up to the hype – and some. Ipswich are well and truly on the map now, they travelled to Loughborough University to take on Sedbergh’s U17s with a fairly young side of their own and the two teams put on an awesome show in a real nail biter. Ipswich came through though, securing a 22-19 victory, a result that will resonate right around the country.

Stonyhurst College were also in quite excellent form, they took on Birkenhead and produced another excellent display to seal a 33-18 victory that will leave them feeling full of confidence for the games ahead and indeed the 7s season.

There were so many absolutely brilliant fixtures and performances on Saturday but one of the best of the lot was a thrilling game between Warwick and RGS High Wycombe that went right down to the wire. It was to be Warwick that took it, 22-20, in a game that lived up to the billing entirely.

St Benedict’s meanwhile continue to impress with every game that they play. On Saturday they hosted Glyn and once again they put in a superb display, sealing a fantastic 40-5 victory ahead of a big run of games for the Ealing side. Tiffin were also on song, stepping up against John Fisher for a 15-7 victory.

John Fisher’s great rivals Whitgift were in sparking form as they travelled up to Northampton School for Boys and secured a brilliant 24-0 victory, a magnificent result, especially on the road against a strong side. Brighton College were also absolutely flying though, they were on the road as well and put in yet another wonderful performance to secure a 45-0 victory against Ravens Wood. St George’s Harpenden meanwhile were in great form as well, winning by a stunning 45-5 margin at Brentwood.

Millfield put out a mixed side of leavers from the 1st XV, 2nd XV, and 3rd XV on Saturday, aside from those absent on Academy League and Lambs duty, and they came together magnificently against Welsh Academicals, winning 47-12 in a real celebration of rugby.

In the Midlands, Bablake & King Henry VIII delivered on the promise that they showed through much of last term as they hosted Kirkham Grammar’s U17s and secured an impressive 15-10 win. Meanwhile Loughborough Grammar were very impressive against KES Stratford, winning 36-5. Further North, Hymers College defeated RGS Newcastle’s U17s in a good contest, 15-0.

The North West was, as ever, fairly busy. Lancaster RGS were in top form as they put together an impressive 26-0 victory at Manchester Grammar, while Mount St Mary’s College won an absolute thriller at St Ambrose College, 36-24. King’s Macclesfield were meanwhile in top form with a great 27-8 victory over Wirral Grammar.

Things were busy in Scotland too, where Strathallan showed their class once again in a 29-12 home defeat of Loretto. Edinburgh Academy were in red hot form, they hosted Glasgow High and sealed an excellent 41-14 victory. There was better news for Glasgow Academy, they played an absolute thriller against Morrison’s Academy and came out on the right side of it, 31-27 away from home.

Queen Victoria School had a day to remember, beating Kelvinside Academy 21-7, while George Heriot’s edged out the impressive Hutchesons’ Grammar, 19-14.