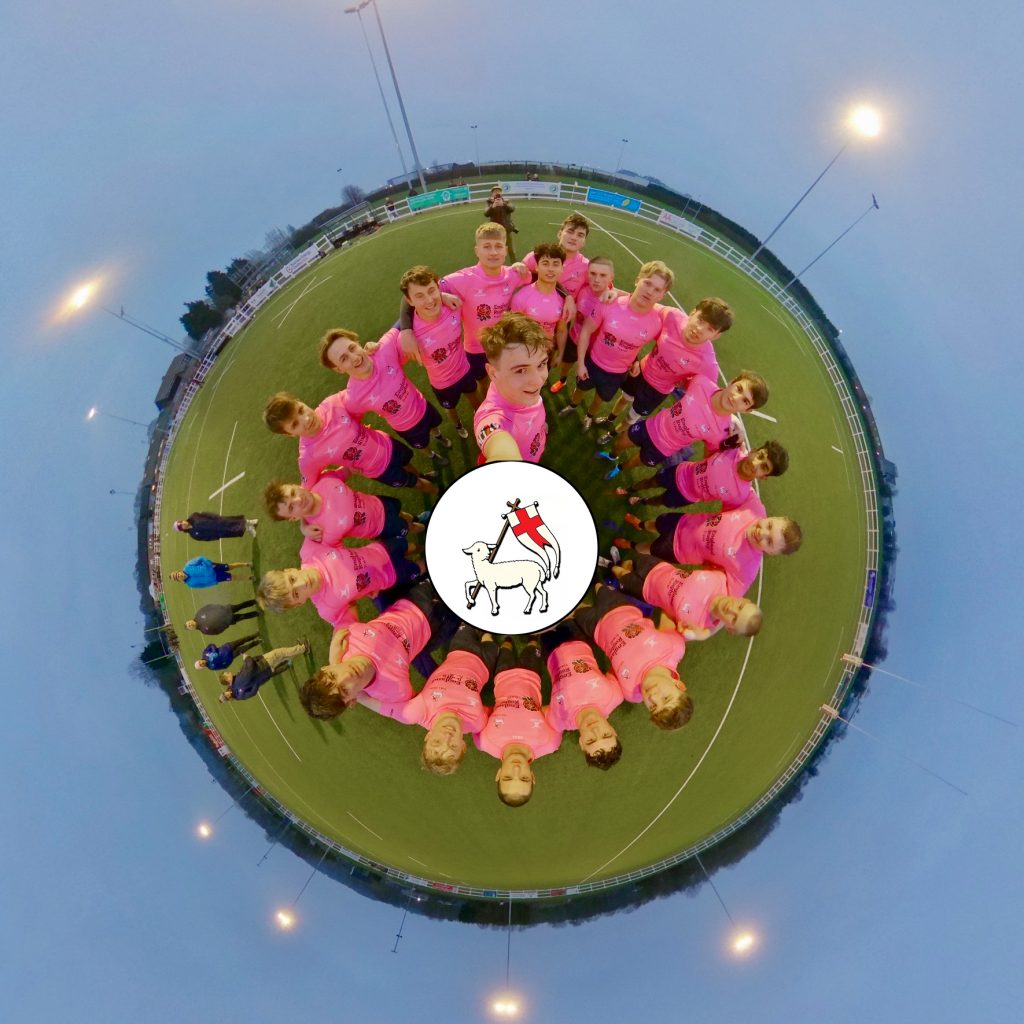 After a nearly two-year hiatus The Lambs U18s side returned action against Irish Exiles at Oxford Harlequins RFC. It was the 15th anniversary of the fixture, which was the very first on The Lambs card back in 2007, and it was – as ever – a tightly fought affair.

Between 2014 and 2018 the five fixtures were decided by no more than 3 points apiece, normally with a try or conversion in the last minutes of the game, which gives you an indication of how well matched the two sides have always been. And this year was no different with the decisive score coming in the final 5 minutes.

Summarised by both Management teams at the end as a game that ‘could have ended 40-all’, that tells you everything as to how many opportunities were created, yet the very impressive defences on both sides kept the game to one try each, with Irish Exiles nicking the game 7-10 thanks to a penalty taken early in the game.

Exiles had much of the ball and territory in the opening 20 minutes as The Lambs, coming together for the first time after last weekend’s Chairman’s Day, defended with stoic determination to eventually force the Exiles into taking points, rather than kicking for the corner again after several penalties.

They proved to be the only points of the first half, despite a handful of decent chances on both sides – Callum MacMillan (Shebbear) and Joe Pannese (Berkhamsted) making good line breaks that couldn’t be finished for The Lambs, largely due to the excellent scramble defence from the Exiles. 0-3 certainly didn’t give the attacking, ambitious rugby on show the credit it deserved.

The second half, however, started with a score. Lambs Captain George Jones (Millfield), who had an exceptional game and led with purpose, ghosted through the Exiles defence in the opening minutes before the impressive Ben Chaffey (Taunton) added the extra’s to make it 7-3. This opened the game up a lot, and as defences tired, we saw more opportunities. Man of the Match Joe Hill (West Buckland) and winger Charles Warren (Mount Kelly) caused trouble for the Exiles in particular.

However, with twenty minutes to go The Lambs saw two back-to-back yellow cards one after the other, meaning they saw the last quarter out with 14 men. Despite some heroic defensive efforts, eventually the pressure told and as we entered the final five minutes the Exiles piled over after some good pick and go work to score what would prove to be the winning score (7-10). Despite a late flurry, The Lambs couldn’t find the score needed to win the game.

It was a fantastic game of attacking rugby, and despite the low score line, there was certainly a lot of spark and flair on show. Credit must go to both defensive units for the way they coped with the pressure put on by both attacking teams – and in general to both teams for putting on such a spectacle.

Lambs Director of Rugby Alex Laybourne said: “It was great to be back out there and to return with such a fantastic game.”

“The result itself could have gone either way, and that tends to be a result of how we play, but the most important thing was the boys went out there, showed what they were about, enjoyed and expressed themselves and ultimately gave the watching crowd a great show of rugby. It’s the first time they have been together and I was impressed with how well they gelled on and off the pitch and I am excited for what the next games will bring.”

If you have any photos, video, reports, or any other content from the week’s rugby then please do send it in via our social media channels or admin@nextgenxv.com and if you are interested in us live streaming one of your games or an event then please do get in touch!