South Africa: 5 teams of the week 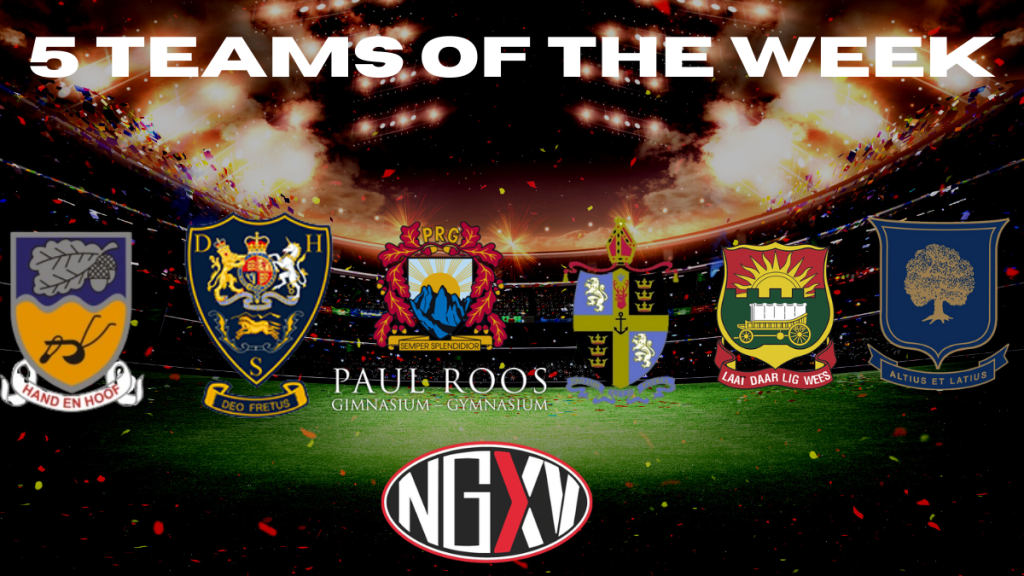 It is never easy playing at Oakdale, the crowd gets behind their team like no other in the country and it truly is a fortress which was proven over the weekend with a huge upset where the Bulle nearly beat national powerhouse Grey College.

Oakdale looked to have a tough start to the season but are coming on in leaps and bounds, there are certainly few teams that have that much physicality in the local scene.

The DHS train continues gaining momentum and this years outfit written off by many pundits looks like the best side to come out of the school since that legendary class of 2017.

A massive win over Maritzburg College saw them jump up 8 places on our national rankings list, if this continues could we see DHS enter the top 10? I am certain if you told that to anyone at the start of the season you would have been laughed at, but it is now Engledow and DHS who are doing the laughing.

For the first time ever we have two teams on the same list, but how could we not? Bishops and Paul Roos served up what was easily the game of the season for most punters and was a fantastic advertisement for school rugby in South Africa.

The Stellenbosch outfit looked dead and buried until the “Boogieman” entered the field of played and turned the match on it’s head. Bishops showed the running rugby that runs in their DNA and the Paul Roos boys showed that nobody can count them out until the final whistle.

For those who are misunderstanding why Paul Roos lost a place due to the draw you can view an explanation of our rankings system here.

Die Plaas has been a graveyard for many a team, playing even a weak Affies side here is no picnic and even though  one knows this a betting man would have had Gim winning merely through the abundance of quality that is in this years team.

Affies looked dead and buried, time was running out but the boys backed themselves to the very end and pulled off an unlikely victory in challenging circumstances. It meant everything to the boys, the entire Affies community were highly charged at the final whistle and inspirational captain Stehan Heymans words will be etched long into the memories of Affies supporters “There weren’t 15 players on that field that won today, there were 1400 brothers on that field today”. Goosebumps!

There is only one way to describe this result, it is “historic”. The reader needs to understand just how rare it is for one of the Southern Suburbs schools to beat one of the Paarl giants, over recent memory this has happened very few times and before the fixture there was hardly a punter who would have called this, it was a foregone conclusion that Paarl Boys would sweep to victory as they had many times in the past.

This Rondebosch team however had other ideas, the believe that exists in this team and their coaching combined with a strong leadership core are ready to take on all comers. This is not the first time that Rondebosch have made this list and it certainly will not be the last time either.